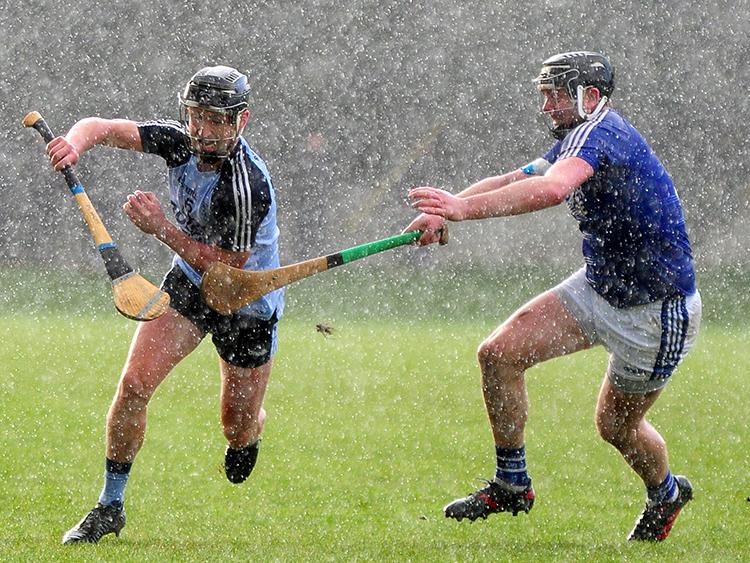 This is a result that will raise eyebrows as Nenagh Éire Óg powered their way past an under-performing Éire Óg Annacarty in the FBD Insurance County Senior Hurling Championship quarter-finals to record a sixteen-point win at The Ragg on Saturday. A Nenagh win was not unexpected, but the manner in which it came about was surprising.

The Nenagh lads, beaten finalists last year, were fancied going into this tie, but cautioned by a five-week lay-off their supporters in the fine attendance were also aware of the challenge that the West Tipperary boys presented.

As it transpired their anxiety was unwarranted as the Annacarty combination never reached the heights they are capable of and in the second half, in particular, were completely out-played by the opposition who appear keen to make amends for last year’s final defeat.

Nenagh’s second half display was as good as they have given all year and their hope is to build on that now that they are down to the serious business of the championship.

A concern will be the chances spurned from play and frees during a poorish first half and also the injury to goalkeeper Shane Hennessy which forced his retirement just before half-time. But, overall, Nenagh supporters left The Ragg in a very positive mood.

Éire Óg Annacarty, on the other hand, were bitterly disappointed at their failure to turn in a customary gritty performance. They have seen what looked like being a very promising year collapse around them in the space of a few weeks, having also been beaten in the West final, after a replay, leaving them with nothing to show for their efforts.

Nenagh hit the ground running and after only twenty seconds Conor Hennessy had their first goal when he finished off the good work of Jake Morris and Michael Heffernan.

Nenagh were lively and inventive with Tommy Heffernan showing up particularly well and by the end of the first quarter they were ahead 1-4 to 0-2. And, with better finishing the advantage could have been doubled.

The West lads were struggling to get to the pace of the game, but clawed their way back into contention with three points from Aidan Griffin, Brian Fox, and Seánie Ryan. And, they got a further boost on twenty-nine minutes when Aidan Griffin’s free from sixty yards somehow ended up in the Nenagh net while Nenagh goalie Shane Hennessy was injured in the process.

After having much the better of the first half exchanges Nenagh had a slender interval lead (1-5 to 1-4) - a poor return for their efforts and not helped by nine wides; four of them from pointable frees.

After such an off-colour first half showing Annacarty must have felt at the break that things could only improve for them in the second half, but, instead they, got worse. Two minutes after the restart Philip Hickey set up Jake Morris for a Nenagh goal to which Paddy Murphy and Tommy Heffernan quickly added points.

A Ronan O’Brien point was Annacarty’s reply, but three more Nenagh scores followed (to Annacarty’s one). The West challenge was not helped by an ankle injury to Brian Fox who played on for a time, but he was clearly in difficulty.

On the three-quarter mark Jake Morris got his second goal to put Nenagh 2-10 to 1-6 ahead and to all intents and purposes that was that. The Annacarty resistance crumbled and Nenagh sub Andrew Coffey - who made a big impact when introduced - fired home their fourth goal two minutes from the end to set the seal on an encouraging win for Nenagh.

So, Nenagh are again in the shake-up for county honours with credentials to justify their supporters’ optimism, but they have been here before only to falter.

There is no questioning the quality in their side and no doubt they will benefit from this outing after their spell in the wings waiting for action.

Jake Morris was their key man near goal (scoring two goals and having a hand in the other two), but there was much to admire also about the play of Barry Heffernan, Tommy Heffernan, Paddy Murphy, Dáire Quinn and Conor McCarthy while sub Andrew Coffey put his hand up for inclusion in the starting fifteen for the semi-final with an impressive showing when introduced.

Éire Óg Annacarty will struggle to find any crumbs of comfort from this display. They were but a shadow of themselves and played second fiddle in terms of sharpness and application all through. Few of their lads played to form with Ronan O’Brien, Conor O’Brien, Brian Fox and Seánie Ryan being the exceptions.