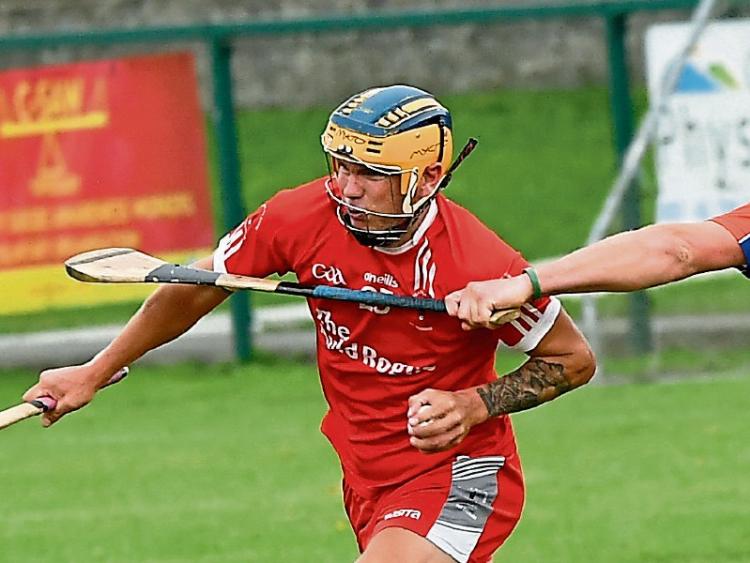 Two goals from Willie O'Dwyer and a third from Noel Butler earned Carrick Davins a place in the County JHC 'A' final with a victory over Clonoulty-Rossmore in the semi-final in Bansha today, winning 3-15 to 1-18 after an absorbing contest.

The game had been switched from Clonmel and played in the superbly appointed Galtee Rovers pitch on a perfect day for hurling.

Victory could have gone either way between two evenly matched sides but Davins were more clinical in front of goal and took their chances well.

Clonoulty had less threat upfront and relied heavily on the free-taking of Jack Ryan but his unerring accuracy deserted him in the final quarter with some costly wides from play and placed balls.

Yet Clonoulty were leading by a point, 1-17 to 2-13 with five minutes of normal time remaining after Nathan Slattery finished to the net following a goalmouth scramble.

But in the space of a minute the Carrick side turned the game on its head. First Willie O'Dwyer levelled the scores with a superb point and then Noel Butler ran on to an inch perfect pass to shoot to the net past goalkeeper David Egan.

Clonoulty's Paul Hayes and Lee Mackey from a free for Davins exchanged points in the closing minutes but a determined Davins held on for victory as they continue their bid to move back up the ranks of Tipperary hurling.

After playing with the breeze in the first half, the West side led at the break by three points, 0-14 to 1-8.

They looked more composed in the early stages but after scoring the first two points through Sean Ryan and a Jack Ryan free, they saw Lee Mackey reduce the arrears with a great point and within a minute Noel Butler burst through the Clonoulty defence and flicked the ball on to Willie O'Dwyer who finished to the net with a ground stroke.

Ryan from a free tied the scores again and they were level six more times before Clonoulty finished the half stronger and in the final five minutes of the half outscored the South side by four points to one, three from Jack Ryan, one a free and one from a sideline cut, one from Stevie Quinn and a Davins reply from a Patrick Harris free.

There had been some fine skill shown throughout the half with Davins' Michael Whelan also pointing from a superb sideline cut.

Davins started the second half in blistering fashion and within five minutes had turned a three point deficit into a two point lead, with Harris pointing two frees and O'Dwyer finishing to the net following a stunning move that also involved Noel Butler and Billy Roche.

The Carrick men were now hurling with greater confidence, roared on by an enthusiastic support.

They managed to maintain their advantage until Slattery's goal gave the West men a sniff of victory again.

But Davins' response was decisive, culminating in Butler's goal that puts them into the final against Arravale Rovers who overcame Nenagh in the other semi-final on Saturday.