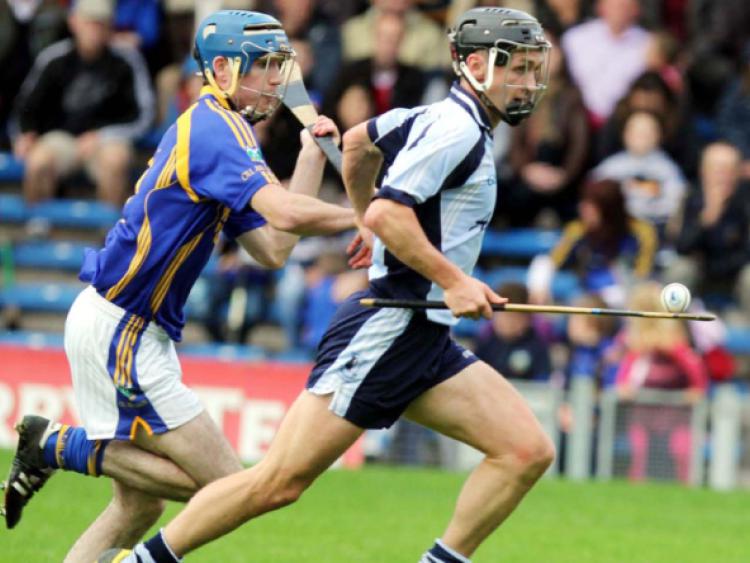 Michael Heffernan of Nenagh in action

The Nenagh Eire Og lads were bidding to make it to their fourth county final in seven years but it was the Kiladangan side which got over the line and held on for a famous win.

Kiladangan trailed at the interval by 1-11 to 1-7, despite having been in front with nine minutes to go to the break when a Joe Gallagher goal gave them a 1-4 to 0-5 lead. However, Jake Morris netted for Nenagh in the 28th minute to re-establish their lead and they were to maintain their four point interval advantage into the last quarter as well.

But, a Paul Flynn goal in the 18th minute was followed by a Sean Hayes goal in the 21st minute as Kiladangan came good and began to find their rhythm. And, they were to hold out for a famous win despite Nenagh Eire Og coming back hard at them - keeper Barry Hogan saving well from Morris  in the 28th minute.