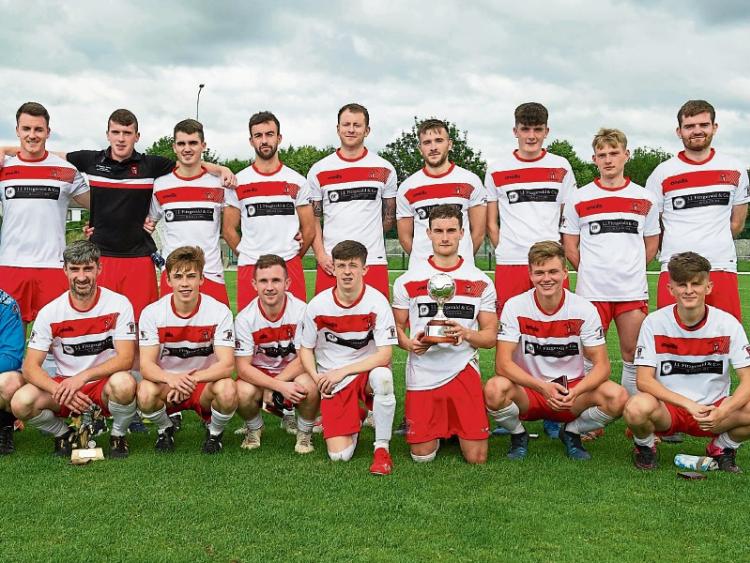 Thurles side Peake Villa inflicted a heavy defeat on Clonmel Celtic at the By-Pass on Sunday last.

Peake Villa strolled to a comfortable five goal win away to Clonmel Celtic on Sunday which puts the transitioning Clonmel side in very real danger of dropping down a division after what can only be described as a nightmare start to their Premier League season.

Villa made the perfect start hitting the front on three minutes when John Coleman headed home unchallenged from close range. From the early stages it looked a damage limitation exercise for Celtic as they played very deep and posed no threat when they did manage to get into their opponents half. But for some poor finishing Villa would have been out of sight by half-time but had to wait until five minutes before the break when Ronan Maguire finished a centre to the net for their second goal.

The Thurles side continued to dominate in the second half and a neat finish from John Coleman from another set piece saw them go three up.

Ciaran Ryan had Celtic’s first attempt on goal on 65 minutes but the Villa keeper saved comfortably.

The hosts came under increasing pressure late on as the visitors scored two further goals in the last ten minutes from Ronan Maguire and Keith Cahill.