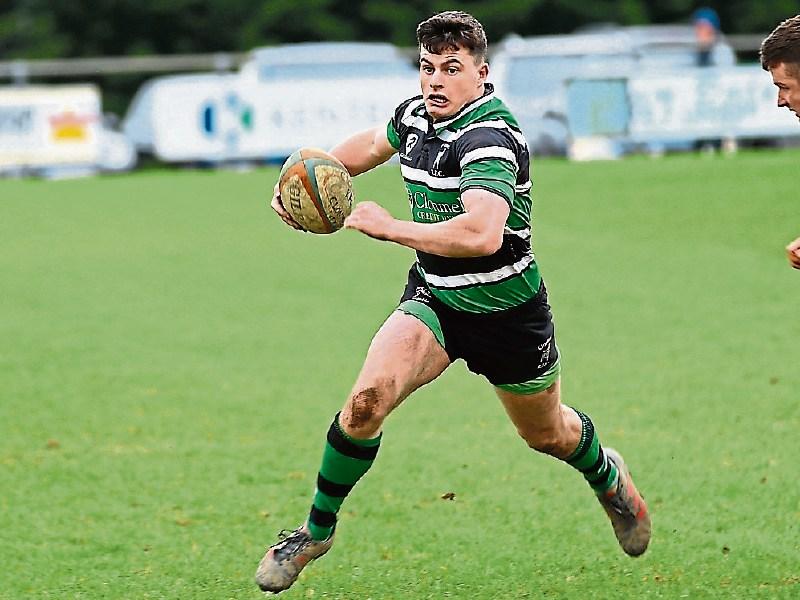 With a draw and a narrow defeat in their first two games, Clonmel made the long journey north to Bangor on Saturday last in search of their first-ever All-Ireland League  win.

The team has been ravaged with injuries and this was always going to be a massive ask for the boys.

Despite the earlier heavy rain, playing conditions were good, if a little soft underfoot, with the breeze blowing diagonally across the pitch.

Bangor kicked off with the wind at their backs. Bangor’s set piece was working well and positional kicks keeping play mostly inside the Clonmel half. Bangor had a 5 metre scrum, Bangor controlled the shove and won a penalty as a result. Opting for another scrum, they repeated the process, forcing the Clonmel pack to collapse which resulted in the referee awarding a penalty try.

At this stage, Bangor looked to be in control as they kept Clonmel pinned down in their own half and soon afterwards won another penalty inside the 22, which they converted to put them 10-0 ahead after 30 minutes.

As the wind began to swing around and play straight down the pitch, with just a few minutes of the first half remaining, Clonmel clawed back three points from a penalty kicked by Darren Cass.

With their relatively slender 10-3 lead, Bangor needed to keep play away from their own twenty two, but Clonmel’s sensible kicking game made it almost impossible to do so. From a lineout just inside Bangor’s twenty two, Clonmel produced a rolling maul that drove the home side back towards their own line. It looked like the Bangor defence had just managed to halt the drive in time, but quick thinking by Clonmel saw them get the ball back to Cass, who simply jogged around the maul to score on the left hand side. Cass added the conversion to put the sides level at 10-10.

Given Bangor’s early dominance in the scrums, this powerful drive obviously encouraged the Clonmel forwards. From a penalty which was successfully kicked to touch deep inside Bangor’s 22, the Clonmel pack simply repeated the process, but this time they kept the drive going all the way to the line before Phil Ryan dropped on the ball for another converted try, putting Clonmel ahead for the first time by 10-17.

With a quarter of the game remaining, there was still everything to play for. However, with the pressure now on Bangor, they started making mistakes.

Bangor’s restart drop-kick went straight into touch, handing the initiative back to Clonmel. This was followed shortly afterwards with a yellow card for a Bangor player for an illegal tackle.

Despite these setbacks, Bangor fought back and found themselves in good attacking positions, but unfortunately these came to nothing through a combination of strong Clonmel defending and poor Bangor handling.

In the end, Clonmel’s greater appetite for the win saw them through to pick up their first victory in AIL competition .

Thanks to Bangor for their great hospitality, and a big shout out to all our supporters who made the long journey north.

The Firsts have a free weekend this week and a much deserved and needed break before they welcome Tullamore to Clonmel on Saturday, November 2.