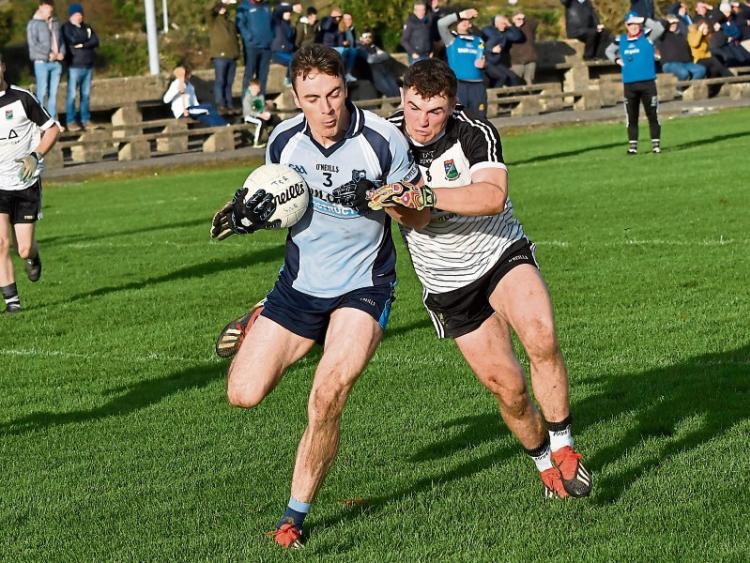 Outsiders coming into this game, the Mid Tipperary side stunned Rovers with a blistering start that included two goals inside the opening eight minutes from Dean McEnroe and Shane Scully. They were full value for their seven points advantage after just 12 minutes of play (2-3 to 0-2) as the champions’ defence looked under threat every time the ball came towards them.

The Brackens, formed in 1992 with the amalgamation of the Templemore, Clonmore and Killea clubs, went to the break in a strong position five points clear, 2-7 to 1-5, having enjoyed much the better of the opening half-hour. Rovers' goal came from a Liam Boland penalty after 13 minutes after Shane Foley was impeded, resulting in the black carding of Brackens defender Eoin Fitzgerald.

The challengers were still five points clear 12 minutes into the second half at 2-9 to 1-7 before the expected fightback came from the Monroe side. Twice the champions would narrow the gap to the bare minimum but in a brave and fully committed team effort JK Bracken's were not for turning and deservedly held out for an historic victory.

After Moyle Rovers had opened the scoring with a Liam Boland free they were rocked four minutes in with a great goal for Brackens when Dean McEnroe came though the middle, playing a one-two with Eoin Fitzgerald, before blasting a low piledriver to the net.

Shane Foley responded with a Moyle Rovers point almost from the kick-out but soon the Rovers' net was shaking once again after a move involving Cathal Scully and Dean McEnroe was superbly finished by Shane Scully in the eighth minute. 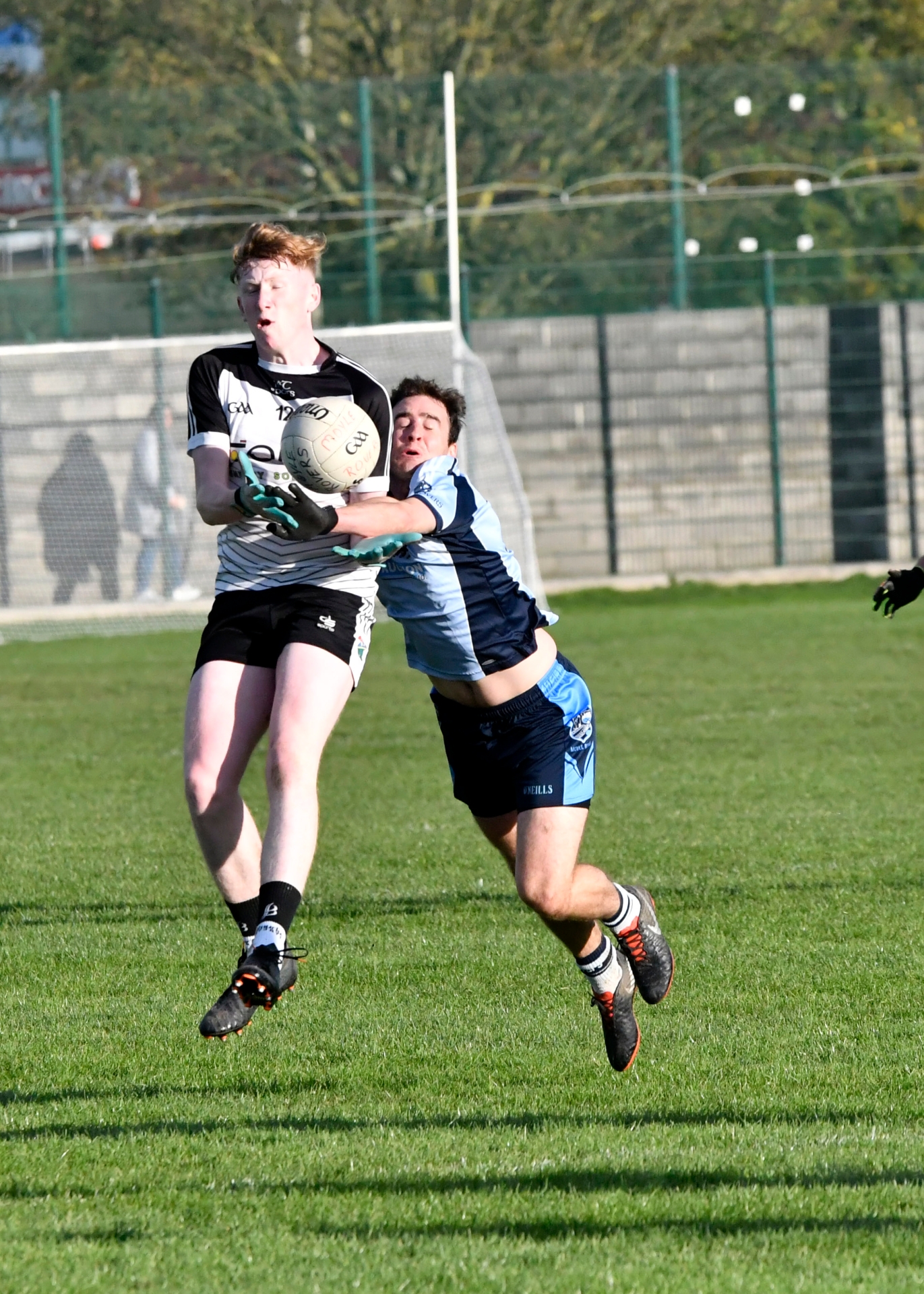 Continuing with this purple patch Brackens kicked three unanswered points from play from Shane Scully (2) and Shane Doyle to lead by 2-3 to 0-2 after 12 minutes.

Rovers were thrown a lifeline with the awarding of a penalty after 13 minutes. A length-of-the-field move involving Aidan McGrath, Diarmuid Foley and Danny Owens created space for Shane Foley but just as he kicked for goal he was impeded and the referee did not hesitate. Liam Boland cooly converted the spot kick.

Rovers should have had a second goal two minutes later when another flowing move linking Stephen Quirke and Danny Owens put Diarmuid Foley through but the Brackens keeper, Niall Bourke, stood up well to deny Rovers in what was to prove a crucial moment of the game.

Brackens kicked on again with two points from Shane Doyle and a Dean McEnroe free to lead by 2-5 to 1-2 after 17 minutes before Rovers kept in the hunt with three unanswered points. Two Liam Boland frees sandwiched a point from Aidan McGrath that just flashed over the crossbar and after 25 minutes the champions had the deficit back to just three points.

As they had started the half, Brackens finished strongly with a period of pressure resulting in two more frees by Dean McEnroe to send them to the interval leading by 2-7 to 1-5.

Both sides shared a pair of frees each (Dean McEnroe and Liam Boland) in the early minutes of the second half and the Templemore outfit would have been quite happy to be still five to the good after 42 minutes of play, matching the champions everywhere particularly with a high energy blanket defence when defending was needed.

Three unanswered points from Rovers, two Boland frees and a point from play from Riain Quigley, midway through the second half reduced the deficit to two points as the pendulum seemed to be swinging in favour of the Powerstown/Lisronagh side only to be temporarily halted by a fine point by Neil Quinlan.

Again Rovers responded with two from play from Riain Quigley and Diarmuid Foley to leave the JKB’s just one to the good with seven minutes remaining as the pressure and excitement began to mount.

Again wing-back Neil Quinlan finished superbly off his left after a lung-bursting run up the field by Shane Bourke to edge the Cardens men two up once more. Liam Boland, the Rovers scorer-in-chief, answered with a point to put matters back in the melting pot with five minutes to play.

However, a backs-to-the-wall defensive effort from the Paudie Bourke-managed Brackens held the champions at bay down the closing stretch, the keeper Niall Bourke dealing well under pressure with Liam Boland’s last long-range shot in an attempt to force the game into extra-time.

This was an outstanding team performance from JK Bracken's on an historic day for the club. From 1 to 15 and subs included they took the game to the champions and got their deserved reward at the end of a thrilling contest. The likes of captain Paddy Cadell, Dean McEnroe, Lorcan Egan, David O'Shea, Eanna McBride, Shane Bourke, Cathal and Shane Scully, Shane Doyle and Niall Quinlan all stood up to be counted.

Rovers will be disappointed with relinquishing their county crown. From the outset they were missing six of the starting 15 in last year's county final win and that was a huge disadvantage to carry against a fired-upped Brackens. The slow start was where the damage was really done, conceding two early goals from which they never recovered. No fault can be pointed at the likes of Liam Boland, Riain Quigley, Morgan Irwin, Ben Owens and Danny Owens who gave their all.

This has been a great year to date for Brackens with their hurlers to play the Seamus Ó Riain Cup final next Sunday with Roinn I status guaranteed for them for next year regardless of the result.