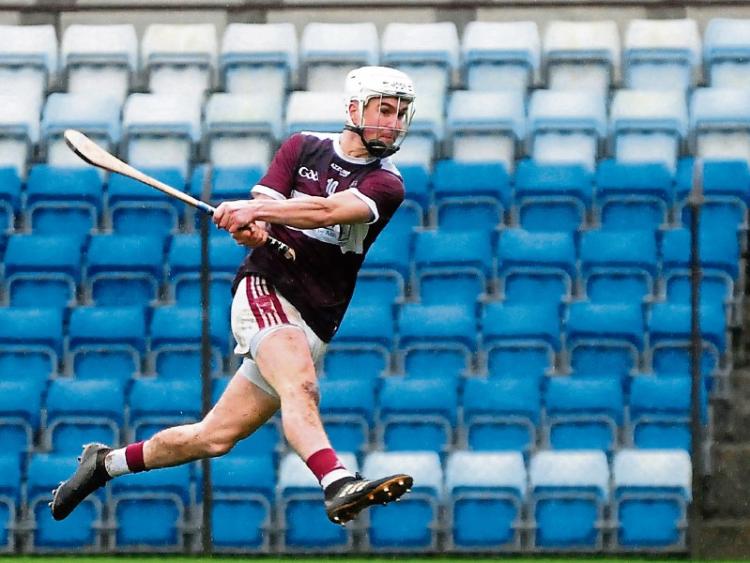 The Borris-Ileigh cock can preen himself for another flutter in the New Year, following a remarkable Munster final triumph at Pairc Uí Rinn on Sunday last. The outsiders defied the odds and the elements to pull off a famous win, and in the process deny Ballygunner back-to-back titles.

And so the Borris bandwagon just keeps on rolling. They’re enjoying themselves too much to allow this adventure to end. As the old cliché goes, success breeds success, and Borris are happy to ride the wave that now carries them to an All Ireland semi-final with St. Thomas’ of Galway early in the New Year.

Christmas will have to be either celebrated early or put on hold in a parish that certainly knows how to celebrate. Their passion for the game has won admirers and Tipperary’s stock has risen even further on the back of their success. All of which is very fitting in a year of hurling pre-eminence for the county.

I doubted they could scale this hurdle, but they never doubted themselves. Led by another colossal display from Brendan Maher they stayed on cue and deservedly edged a thrilling second half by the minimum.

It was winter hurling, so it wasn’t pretty, but by God it was heartwarming. You can talk all you like about tactics and soft-touch skills and the like but there are times when it simply takes bravehearts to cross the line and Borris had them in spades. Old fashioned qualities like honesty of effort, hard grafting and scrapping laid the foundations for this win by the Tipp champs.

Ballygunner stuck to their recipe of short passing but it seemed ill-suited to the conditions. By contrast Borris-Ileigh played more direct and were ready for the running game of the Waterford champions. The middle third became a traffic jam, where Borris-Ileigh’s workrate helped stymie the Gunners.

Early on Dessie Hutchinson threatened to be the star attraction, hitting three first-half points, but as the game wore on he was getting fewer openings, though still remaining the main threat to Borris-Ileigh. He’s a player I’m sure Liam Cahill will be calling on.

Borris trailed by three at half -time having faced the wind and rain. Dan McCormack played particularly deep in that period, covering behind his half-back line so there was no route to goal for the Waterford runners. Hutchinson’s points and Pauric Mahony’s frees were their main source of scores but there was never a goal threat.

At the other end Jerry Kelly’s sideline cut was a real beauty on top of his opening point, which kept Borris in touch. 9-6 at half time was reflective of the tight, dour nature of the contest played out in miserably wet conditions, with the Gunners having marginal advantage.

The drama certainly intensified in the second half. The Borris goal seemed to be a pivotal moment, where Ray McCormack’s penetrating run opened up the Ballygunner defence for Kieran Maher to take the pass and coolly finish past Stephen O’Keeffe. Shortly afterwards Brendan Maher executed an audacious intervention when the ball squirted up in a messy ruck; his touch-to-hand control was masterful and then in one sweeping movement the ball was posted between the sticks for the point of the match.

But Ballygunner weren’t ready to go quietly. Some of the marking had been lax all day and when Hutchinson found Barry O’Sullivan in splendid isolation the Waterford men had their goal and the game was back in the melting pot once more.

It all came down to a nerve-tingling finish. By now Brendan Maher had taken full ownership of the free-taking and his final one on 29 minutes would prove the winner. The sight of Dan McCormack, minus his hurley, fearlessly dribbling the ball down the sideline in those last moments epitomised the spirit of this Borris-Ileigh side. Jerry Kelly had done similar earlier.

In the end fortune favoured the brave, Borris dug out a precious win and the journey extends now into 2020.

Brendan Maher got the individual gong for match-defining excellence. In a career of many peaks this performance will rate among the very best. Dan McCormack too put in a heavy shift, as did Jerry Kelly. These were the stand-out individuals but victory in these conditions requires a massive collective effort from all involved, so Borris had a team of stars.

It’s a hard one for Ballygunner. They were hotly fancied but their key men – Dessie Hutchinson apart – didn’t deliver. They’ll celebrate in Borris-Ileigh before refocusing for the first week in January.

Some refocusing is needed in Limerick hurling circles too after their planned medal presentation last week was cancelled. They should have been celebrating their league and Munster championship wins but instead are facing the fall-out from recent incidents involving panellists which went viral and drew unwelcome attention to the panel.

Their trip to New York for the hurling classic in Citi Field saw two players being sent home early after a video clip was posted on social media of a street fight, apparently recorded by one player and featuring another doing the boxing.

This was just the latest in a number of events that have damaged the brand. There was also an incident allegedly involving another player outside a Limerick nightclub and then there was the case of a Tipperary jersey being burned in a border village.

All of this comes on top of Peter Casey taking the unusual step of going public some time ago with the results of a privately-sourced drug test in order to clear his name after yet another video clip appeared on social media.

It’s a hatful of bother for John Kiely and his management team, who should be focusing on winter training programmes and plans for the resumption of hurling activity. Instead discipline seems to have taken centre stage. It’s particularly disappointing for Limerick, who were rightly lauded for their exemplary conduct in the wake of the All-Ireland win in 2018. That squeaky-clean image is looking less pristine now.

A few points cross my mind in all this. Firstly the ubiquitous nature of social media means that privacy is a rare commodity nowadays. If something untoward happens in a public arena then it will almost certainly be videoed and put up online. Old fashioned denials don’t work anymore when there’s camera evidence there to embarrass you.

It’s a message that seems to be slow in getting through to a lot of these lads who, like it or not, are no longer anonymous citizens but public personalities whose behaviour will be  scrutinised.

Secondly I’d suggest it’s a bit silly for other counties to take the high moral ground on this and indulge in a type of perverse pleasure at the neighbour’s discomfort. We’ve certainly had our own incidents in Tipperary, some that became public knowledge and others that were kept under wraps. Let he who is without sin etc.

I’ve no doubt John Kiely will take a strong line on this, so the cancellation of the medal presentation and the sending home of two players from New York was no surprise. Some players may be sweating over their inter-county futures at this moment.

Anyway back to local business and my involvement with local radio station, Tipp Midwest, and the selection of a Tipperary club hurling team of the year. These are the sort of schemes that stir debate and amuse us as the long winter nights move in. In this case we had to select fifteen based solely on their performances in the Tipperary senior hurling championship, both Dan Breen and Seamus O’Riain.

Finally, a hugely enjoyable event at St. Patrick’s College last Sunday night where Noel Dundon launched his latest book offering Bringing Back Liam. It’s a well-produced account of the past year with its play on the two Liams, McCarthy and Sheedy. I marvel at how speedily Noel could put together the text and have the whole enterprise ready for the Christmas market.

It’s the latest in a series of books that Noel has penned, from Captains of the Premier Ship to Premier Legends. His output is prolific and this latest offering provides a great record of a truly great year for Tipperary hurling. The magnificent collection of photographs on their own makes it invaluable before you even read the text. It’s a marvellous reminder of the year just past and I have no problem recommending it. At just €15 it’s also great value.

The event itself was very entertaining. MC for the night, Donal Ryan, combined his usual deep knowledge and insights with wit and humour, there was a video depicting the year’s events and a discussion with a panel comprising Tommy Dunne, Len Gaynor, Eamonn Corcoran and Conor Stakelum.

Great stories abounded but I loved the one Noel told about his eight year-old son, Peter. Noel was answering questions from his young daughter about Brexit and Northern Ireland and trying to simplify the complexities therein. He was explaining about the time of the Treaty and how Britain gave back 26 counties but kept 6, when Peter interjected: Jeez I’d have given them Kilkenny as well. Out of the mouths of babes …