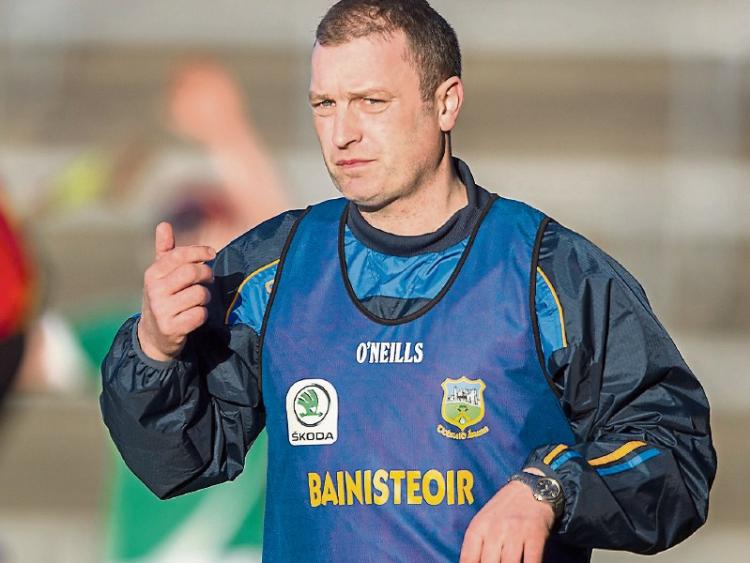 Liam Cahill gives a refreshing interview in the Tipperary Yearbook

It’s amazing how some GAA success stories strike a chord more than others. It’s as if on a subliminal level something is touched and people react with awe and wonderment at what they’ve just seen.

Borris-Ileigh’s recent exploits fit the category perfectly. There’s a romance about their story that draws people in and since their Munster final win  the eulogies have been free-flowing – even gushing at times.

Eamonn Sweeney in the Sunday Indo was the latest to pitch his tent in this arena. His critique of the Borris story, and especially Brendan Maher’s role therein, was lavish in its praise. There were the odd few inaccuracies – Ray McCormack became Richie McCormack and Jerry Kelly scored three points from play, and the goal was given to Kevin instead of Kieran Maher  – but these can be forgiven, especially when the gist of the piece was bang on the money.

If you haven’t seen the article then I might whet your appetite with the final paragraph:

“Brendan Maher is a great player who’s been in the form of his life this year. But even that can’t fully explain his tour de force against Ballygunner. This day last week he found an extra 10 percent from somewhere. That somewhere was Borris-Ileigh because his local club is part of who he is. And part of who we are”.

If a club like Thurles Sarsfields had won that Munster final I suspect the bouquets would have been less colourful. Sars is a big-name, urban club with lots of county titles so the human interest element wouldn’t resonate as much with the public.

Borris are different and that’s what makes their achievement so lovable. They’ve come from relative obscurity to public acclaim with a game style that blends the brilliance of Brendan Maher with the brouhaha bravery of Jerry Kelly. What is there not to like about these rural lads swashbuckling their way into public affection

On the eve of their Munster final one of their former greats, Noel O’Dwyer did an interview with PM O’Sullivan in the Irish Examiner. In it he referenced the sort of devil-may-care attitude that is characteristic of the parish and can at once be both infuriating and infatuating.

“Whether it’s socialising or drink or greyhounds or horses or whatever … they don’t mind. They relax”.

About his own playing days he had this to say: “There were fellas, it was well known, that you’d have to keep an eye on the night before (a game). They could go away and have four or five pints, not thinking they were doing any harm whatsoever”.

It’s that sort of freewheeling, almost blasé attitude that sets Borris-Ileigh apart, especially when it’s combined with the type of quality hurlers they’ve produced over the years.

Yet taming that type of carefree spirit is, of course, part of the challenge with Borris-Ileigh too, and it’s in this zone that Johnny Kelly becomes essential to the project. The players have generously acknowledged his part and it was the same in Noel O’Dwyer’s day, when Paddy Doyle was the guiding influence who played a pivotal role in getting the best out of them.

That same Noel O’Dwyer interview will, I suspect, have ruffled feathers in another area. 1949 was the breakthrough year for Borris-Ileigh when they won their first county title. It announced their arrival as a hurling force in Tipperary but it had a far greater significance in O’Dwyer’s view. This is what he had to say:

“It wasn’t until Borris-Ileigh made the breakthrough that the North started getting a look in. Borris-Ileigh were the first club to bring the Liam MacCarthy Cup to North Tipperary.

“The importance of the Borris-Ileigh breakthrough is generally recognised in the hurling heartlands of North Tipperary, in Toomevara, Kilruane, Roscrea and all those places. You had Sean Kenny defying the hierarchy. Singlehandedly he took them on”.

It’s an historical perspective that I’m not so sure will find universal agreement. To begin with there are a few problematic areas. Borris-Ileigh was actually in the Mid division in 1949, beating Boherlahan in a famous replayed divisional final. Geographically they may be Northerners - they went back North the following year - but emerging through the Mid in ’49 is a slightly awkward detail for Noel O’Dwyer’s analysis.

Perhaps more important, however, is the fact that if you look at the Tipperary team which won the 1949 All-Ireland, the first of a three-in-a-row, almost half of them were from the North division (when you include Borris-Ileigh players). That’s hardly an indication of an anti-North bias as suggested in the above quote.

However, it’s perhaps the naming of Phil Purcell and Paddy Leahy in the above context, which will grate most in some quarters – and with good reason. Paddy Leahy’s involvement with Tipperary teams, for example, only began in 1949, so he can hardly be linked with any perceived bias before then.

Suggesting there was a bias against a particular division is nothing new. The West would certainly have felt marginalised in some eras, as would the South and North, though offering proof might be more difficult.

When the dominant clubs for many decades were  Thurles Sarsfields, Boherlahan and Moycarkey, and remembering that back then the county champions had sole control of the county selection, it might be reasonable to assume a certain leaning when it came to choosing panels and teams. However, to tag that perceived bias onto the reputation of someone like Paddy Leahy seems most unfair.

Another article caught my eye at the weekend but for a very different reason. Colm Keys did a piece on football referee, David Gough, which told an interesting story about the final moments of the drawn All-Ireland final. As Dean Rock squared up to that late free from the sideline, which would have won the game, Tommy Walsh stood on the Kerry goal line ready to lift David Moran, as in a rugby line-out, if the ball flew their way. Walsh asked the referee if the lift was allowed. After some hesitancy and after consulting his linesman Gough gave the all-clear. In the event Rock’s free tailed off wide, so no lifting was required. But the incident set me thinking.

In my mind’s eye I went back to August 2 2001. We’re in the Gaelic Grounds playing reigning All- Ireland champions Limerick in the Munster U-21 hurling final. Time is almost up and the teams are level. Then controversy occurs. There’s a scramble for possession about 45/50 yards from the Tipp goal and Cork official, Ger Harrington, penalises Paul Curran for going down on the ball. It was a very questionable, match-deciding call.

What followed led to even more controversy. As the free was about to be taken a group of Tipperary players stood back the required distance but lifted one of their colleagues up on their shoulders in a bid to either block the shot or distract the free-taker. The referee intervened to ban the lift, the free was pointed and Limerick duly went on to retain Munster and win the second of their three-in-a-row All-Irelands.

In his report to County Convention later in the year, secretary, Michael O’Brien wrote: “I question the wisdom of our players forming a pyramid in front of the Limerick free taker in the closing minutes of the final”.

So what’s the rule? There is no rule which addresses the lifting of a player in these circumstances, therefore it’s perfectly legitimate.

Finally this weekend should see the latest Tipperary Yearbook on the shelves in good time for the Christmas market. It’s a special one, as indeed are all such annuals in years when All-Irelands come our way.

It was a memorable year, highlighted by the senior and U-20 All-Ireland wins, so the Yearbook is very much a celebration of 2019. From past experience we know that Yearbooks in All-Ireland-winning years sell out quickly so the advice is to purchase early.

As well as celebrating the successes this year’s annual has all the usual material, covering GAA activity throughout the county over the past twelve months. More than anything the Yearbook acts as a record of events but the All-Irelands add special colour to the production.

Being the year that’s in it we have a few feature articles this time, which should provide some useful reading over the festive period. Shane Brophy interviewed Liam Sheedy for the publication and the manager’s thoughts range over the entire sequence of events from his initial decision to return to management to the prospects for 2020.

It was my pleasant duty to sit down with Liam Cahill (pictured above left) and conduct a similar dialogue. Sometimes these interviews can be drab, with the subject falling back on weary old clichés and tip-toeing around the place, effectively saying nothing. In that regard Liam Cahill is refreshing. You get the sense of a man who thinks a lot about issues, has strong views and isn’t afraid to express them.

Given the staging post that he’s reached in his career, heading into his first senior inter-county management role with Waterford, it would have been understandable if he opted out and played safe. It’s a mark of the man that he didn’t.

I think Liam’s story is a fascinating one, from his early athletics career through his underage time with Tipperary and then exploding onto the senior scene and winning an All Star when just out of minor grade. Subsequently there was the sense of unfulfilled potential with Tipp seniors, then his move into management and the great successes he brought to Tipperary. His Waterford move is the latest chapter in a career that is yet young.

Liam reflects on all of this with many interesting thoughts and reflections, some of which might surprise people.

My problem was to try and distil it all into a manageable piece. There’s scope here for a fascinating book, never mind an interview; wouldn’t mind being the ghost on that one!