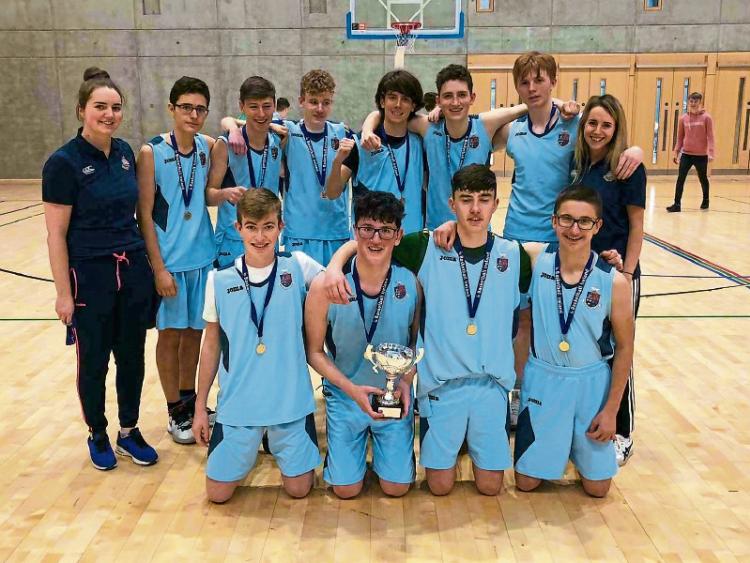 The winning Rockwell College team with their coaches.

This was a very tense and close encounter between two evenly-matched teams. It was basket-for-basket in a closely-contested game between two local sides in the U-16 boys regional final.

Pablo Alvarez commenced the scoring for Rockwell with excellent footwork to weave his way to the basket. CBS Thurles, however, stayed with the pace of the game and were only down by three points at the end of the first quarter.

Both teams traded baskets again in the second quarter, leaving it level at half time. Rockwell continued the intensity in the second half with great baskets from Nathan Brockley and Conor Hennessy.

With five minutes remaining the teams were once again level and it was all to play for. Rockwell began to up the ante and  a huge three- pointer by Nathan Brockley  gave Rockwell the boost to add more points to the score board.

Good defence and pressure from Darragh Cronin in the final minutes kept CBS at bay and Rockwell came away with the spoils with the final score 39-30.

Rockwell now move on the the All-Ireland play-offs in January.

FULL CAPTION FOR ABOVE PICTURE: