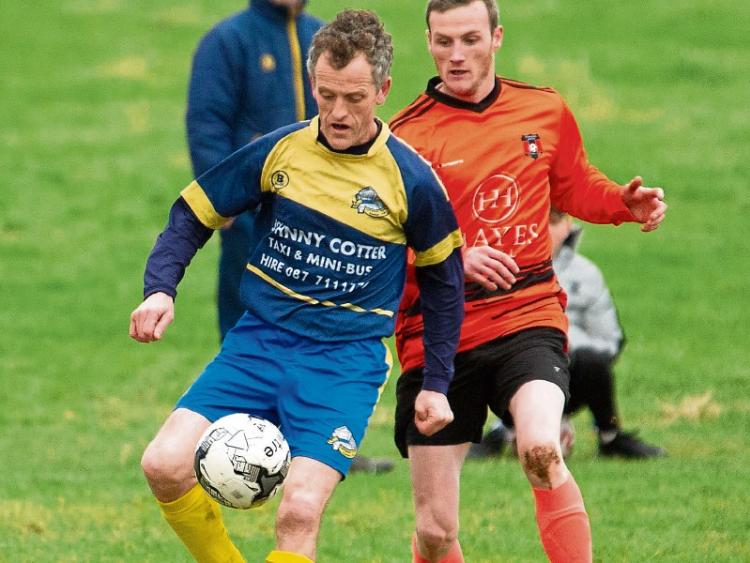 In a rollicking game of football with goals galore, a hat trick for Tipperary Town’s Jamie Malone was eventually worth nought in the face of four goals by Moyglass United in the Tipperary TSDL Divison Three.

The game was only ten minutes old when Jason Ryan cut in from the left and beat the Town keeper at his near post. Shortly afterwards Malone got his first when a quick counter attack split the home defence and the Tipperary striker couldn’t miss from six yards out.

One all at the break, the second period was barely getting going when a cross from Martin Conlon was headed home to restore the Moyglass lead.

But again minutes later Conlon equalised with an almost carbon copy effort that again saw him tap in from close range.

The third Moyglass goal was as a result of some scrappy play at the edge of the Moyglass area that was prodded home by Eoin Mc Cormack, before Malone got his third goal and third equaliser when he fired in from the edge of the area with ten minutes left.

And when it looked like the shares were about to be spoiled, Martin Conlon reacted quickest to a header back across the Town area to fire in from three yards out and give Moyglass all three points.