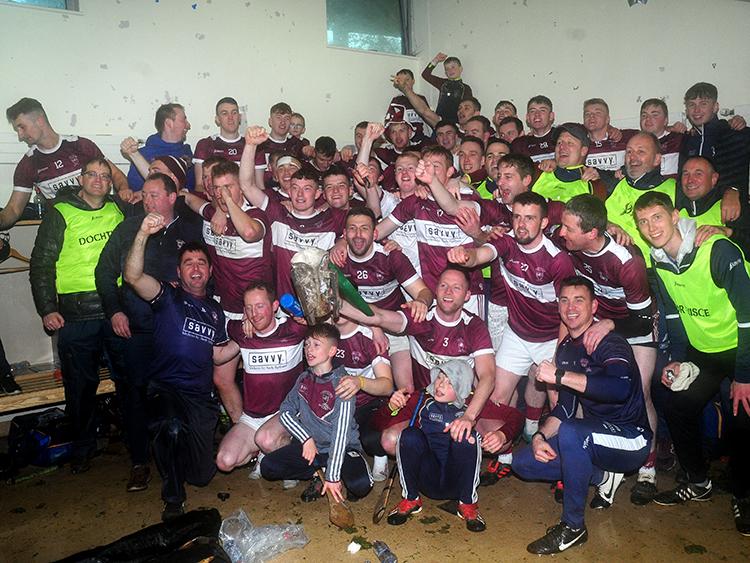 Let's hope these scenes will be replicated on Sunday

Coverage in association with Ryan's of Camden Street, Dublin.
By any stretch of the imagination, taking the silverware off of seven-time winners Ballyhale Shamrocks will be a big task. 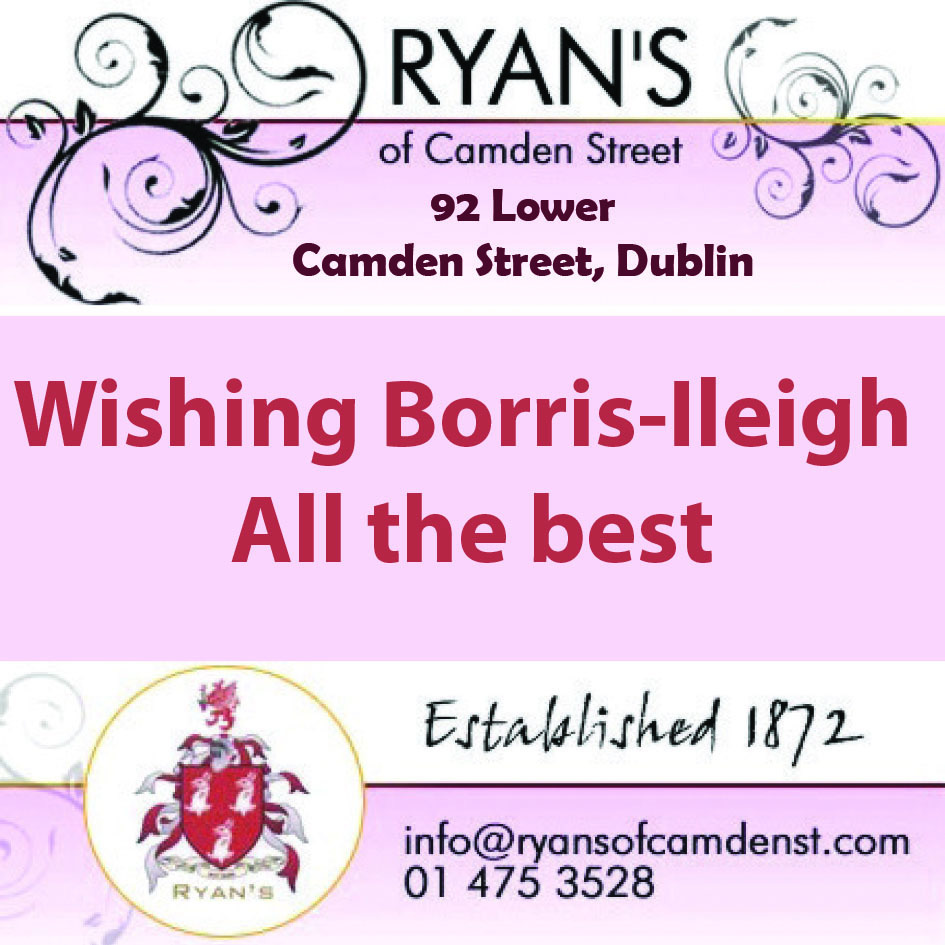 By any stretch of the imagination, taking the silverware off of seven-time winners Ballyhale Shamrocks will be a big task. But, considering the giant-killing nature of Borris-Ileigh this season, the bookies odds of 4/1 on for a Ballyhale win, seems rather follysome. And, as if they needed extra incentive, it could just be the spur which will inspire the north Tipp boys when they take to the field at headquarters on Sunday.

Borris-Ileigh have surprised many with their success - even themselves perhaps. But, the reality is that they have improved with every single outing and have used the momentum gained from their winning run to really good effect. They have galavanised a spirit and a drive which has dovetailed brilliantly with their skills and when you add in the coaching acumen of Johnny Kelly, together with his sideline compatriots Philip Kenny, Martin Maher, Philip Maher and Angelo Walsh, Borris-Ileigh have become a very very difficult team to beat, as a trail of defeated fancied opponents can testify to.

Many say that Borris-Ileigh are playing with similar spirit to the men of '87. Yes, there are many parallels with thirty-three years ago - a North final defeat which resulted in a line being drawn in the sand; a forward thinking coach who brought innovation and style to the set-up and got the maximum out of each player on the panel; a team built on a very sound and solid platform; and, outstanding match winners who can turn a game in seconds.

When you match the likes of Brendan Maher, Dan McCormack, Paddy Stapleton and Conor Kenny with Bobby Ryan, Richie Stakelum and Gerry and Timmy Stapleton; or James Devaney and Kevin Maher with Conor Stakelum and Philip Kenny; John McGrath, Francis Collins and Noel Dwyer with Jerry Kelly, Kieran Maher and Niall Kenny; the McCormacks with Timmy Delaney, Mick Coen and Mick Ryan; Noelie Maher with James McCormack; Timmy Ryan and Francis Spillane with Tommy Ryan, Liam Ryan and Seamus Burke - the characteristics of the victorious side of '87 are very similar to the traits associated with this current bunch, with heroes coming in all forms and formats.

Few clubs in Tipperary engender as much regard from all others across the four divisions, as Borris-Ileigh. Coach Johnny Kelly referenced as much ahead of the All-Ireland semi-final and it is, perhaps, the sense of adventure and fun, the colour and the many characters which have made them so popular and endearing.
All of Tipperary will be behind them on Sunday - indeed, the talk from so many neutrals is of an early year trip to Croke Park to cheer them on. You won't get that with many other clubs, but with Borris-Ileigh it is a key theme. The players have fed off that sense of goodwill and know full well that the best of wishes of the Premier County go with them - that's a real fillip and a massive boost to the psyche as you ready yourself for battle on the biggest club day of the year.

Borris-Ileigh have nothing to lose on Sunday and everything to gain. They can play with much freedom in the sense that expectation outside of their immediate camp, is relatively low.
But, they know what assets they possess and the last week and a half has been expended plotting how best to invest those assets on Sunday, to accrue maximum gains.
They will have worked out their game plan to cope with the very potent Ballyhale Shamrocks attack which features TJ Reid,
At the other end of the field, they will have assessed how best to ensure that their own attackers evade the shackles of the likes of veteran Michael Fennelly, Evan Shefflin, Joey Holden and Conor Phelan. They will have been emphasising the fact that each and every forward, without exception, must work and work and work in order to prevent a platform being established which could bolster the supply lines to the Kilkenny forwards. They have worked off the same template all season long, but they know that the work rate must increase in the final, if they are to have a chance.

Borris' also know that giving away soft frees will be fatal with a man like TJ Reid hovering about. Discipline must be of the highest order - any lapses will be punished with interest.
What Borris' will also have seen in the club semi-final, was the pain Slaughtneil inflicted on their opponents when they took the game to them.
Ballyhale had been expected to win comfortably, but they were not let have it all their own way. The Slaughtneil lads ran at them, upset them, threw them out of sync and Ballyhale didn't like it. That's what Borris-Ileigh must do on Sunday - they are no strangers to it in fairness.

March 17 1987 goes down as one of the great days in the history of Borris-Ileigh GAA Club and coach Paddy Doyle was immortalised for delivering the silverware. January 19 2020 can be as significant a day in the annals of hurling history in the parish and Johnny Kelly, similar to Doyle, will be canonised if they pull it off.
The hopes and best wishes of Tipperary go with them.