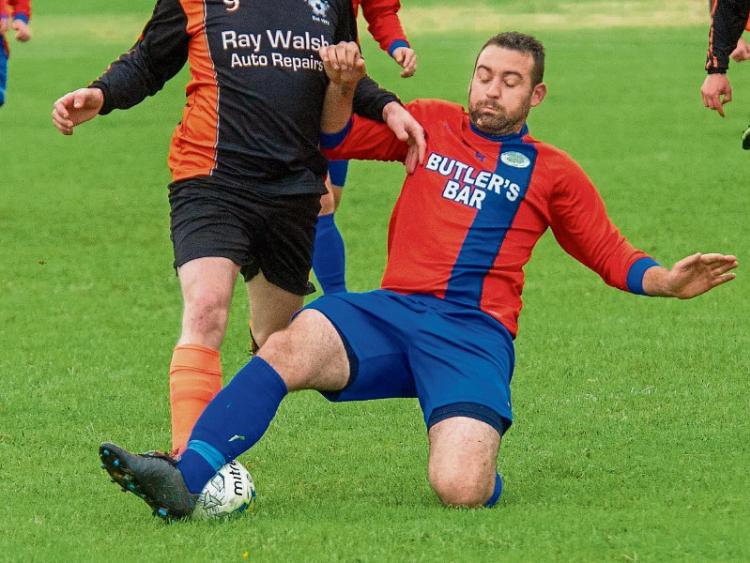 There was to be no happy ending to Burncourt FC’s last game at their old football field.

This was a game tinged with a little bit of sadness for the home side as it was the last game that Burncourt played at their current pitch before moving to a new ground. That may in part be at fault for a performance well below par that saw Moyglass put on a strong second half performance to pick up the points.

The game was played in glorious sunshine on a cold afternoon, and the home side were well on top in the early stages but failed to convert chances they created.

They were made to pay for this profligacy in the 19th minute when Martin Conlon beat the offside trap to put Moyglass a goal up.

The host did respond however and within two minutes Mikey O’ Connor had an easy tap-in at the back post to level the game.

This was all the goal scoring in the first half and the second period turned into the Dylan Grayson show with a ten minute hat-trick between the 61st and 71st  minutes, with the third being the pick of the bunch when he chipped the keeper from the edge of the box to the delight of his team mates.

Brian White made it 4-2 with 15 minutes left on the clock with a fine finish from a tight angle, and any thoughts of a comeback by the home team were dashed when Dean Tobin made it five to the visitors with a fine breakaway goal late on.