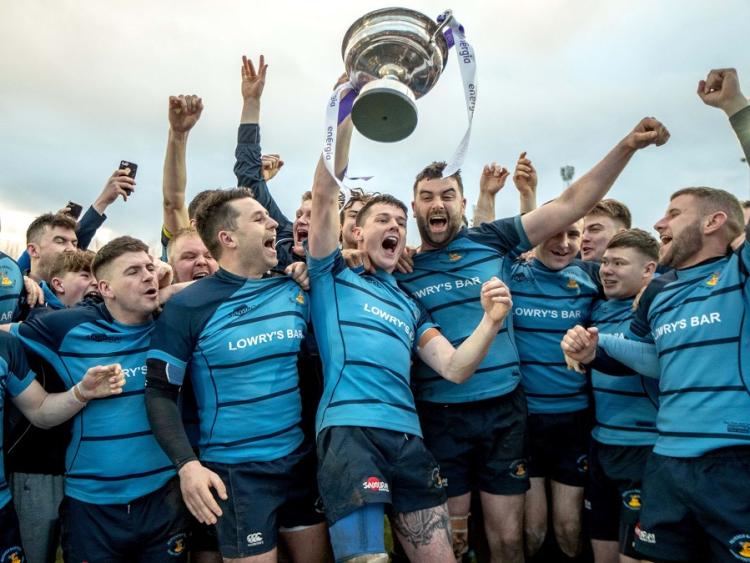 Kilfeacle & District RFC were crowned Energia All-Ireland Junior Cup Champions for the first time following their 28-24 win over Dromore RFC at Coolmine RFC in Ashbrook, Dublin on Saturday. Kilfeacle trailed by six points early in the second half, but fought back brilliantly to win this prestigious competition in terrific style.

Kilfeacle applied the early pressure and enjoyed the vast majority of the possession and territorial superiority during the opening minutes. Kilfeacle had their opponents pinned back inside their own 22 and when Brian Barlow stole a Dromore defensive lineout the pressure continued to mount. Some hard yards were earned before the space was created for Darren Lowry to crash over in the corner and score a try for Kilfeacle in the fifth minute. William Staunton was unable to add the two points because of a strong cross field breeze and a very tight angle.

The following restart was not claimed cleanly by Kilfeacle and was knocked into touch. From the resulting lineout Ben Russell led Dromore’s response when bursting through midfield. Dromore stacked the openside and Adam McDonald dove for home in the corner. Lee Stephenson impressively kicked the conversion (5-7).

Kilfeacle, once again, started to boss the game up front and laid the platform for the backs, but Dromore were very dangerous on the counter-attack game.

After another six minutes of concerted pressure Kilfeacle & District RFC were awarded a penalty which William Staunton kicked to regain the lead for his team (8-7).

The trend continued for the next ten minutes and with thirty-two minutes on the clock with another penalty advantage William Staunton decided that the best option was to avail of a drop-goal opportunity which was successful (11-7).

Kilfeacle were well on top, but a misplaced kick presented Dromore with an opportunity to counter-attack and following a sublime move in the centre of the pitch Brian McClearn scored under the posts. The try was converted by Lee Stephenson (11-14).

The position of Kilfeacle was worsened when they were reduced to fourteen men in the last minute and the half finished with Dromore leading by three. Indeed, facing the restart a man down for nine minutes against the most potent attack in all of junior rugby in Ireland this year seemed a daunting task for the boys in blue. 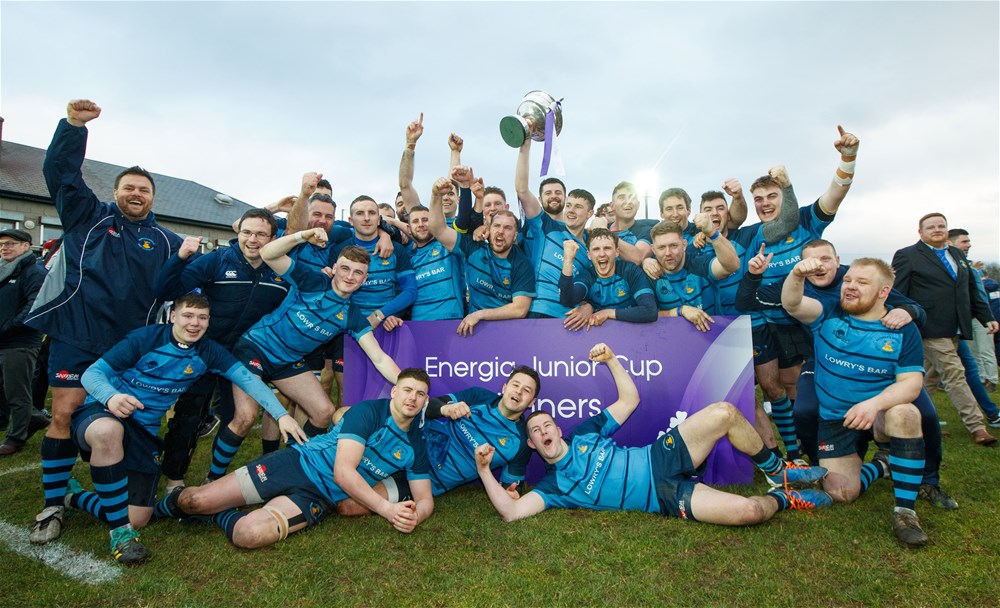 The Ulstermen had the wind at their backs in the second half and plenty of kicking options to boss territory. The travelling Kilfeacle supporters were in fear of how the second half would play out.

In the first ten minutes of the second half Kilfeacle & District RFC defended so well that they earned themselves a scoring opportunity almost as close as John Bourke’s first half try disallowed for a foot in touch. Kilfeacle earned themselves a five-metre lineout that unfortunately wasn’t successful, but did exhaust enough time to see them restored to a full compliment of 15 men.

A lapse of concentration, however, soon saw the boys in blue under their own posts when Lee Steenson punished them for straying offside with a simple penalty (11-17).

Kilfeacle responded brilliantly when Kevin Kinane’s abrasive carrying style got him over as the final quarter approached and William Staunton converted. Kilfeacle were now back in the lead (18-17) and dominating the game.

With sixty-eight minutes gone and after yet another penalty advantage William Staunton slotted another drop-goal to extend his team’s lead (21-17).

Kilfeacle wrenched the cup away from their Ulster opponents with ten minutes left. In the 70th minute Darren Lowry fired an inch-perfect cross field kick into the arms of the on-rushing Kevin Doyle and fourteen phases later drove in under the posts for Darren Lowry to deservedly touch down for a cup-winning try which William Staunton duly converted (28-17).

Jonny Maguire crashed over in the last minute for Dromore and the impressive Lee Stephenson left the ball on the tee for all of two seconds before bringing Kilfeacle back into striking range (28-24).

All of the thousands in attendance wondered if there was another twist in this game. However, Kilfeacle had done their work. The pack had eaten into the clock with phase after phase of pick and jam. And, the final nail in the coffin for Dromore was when Kilfeacle & District RFC were able to reclaim their own restart and put the game to rest. The final whistle and the historic win were just reward for the best team on the day.

After the game William Staunton, the player-coach and grandson of Mary Cooney (a founder member of Kilfeacle & District RFC) said: “We knew if we held onto the ball and fronted up we would win this game. We knew it was going to be a one-score game and it came down to that. It was a testament to junior rugby around the country”. 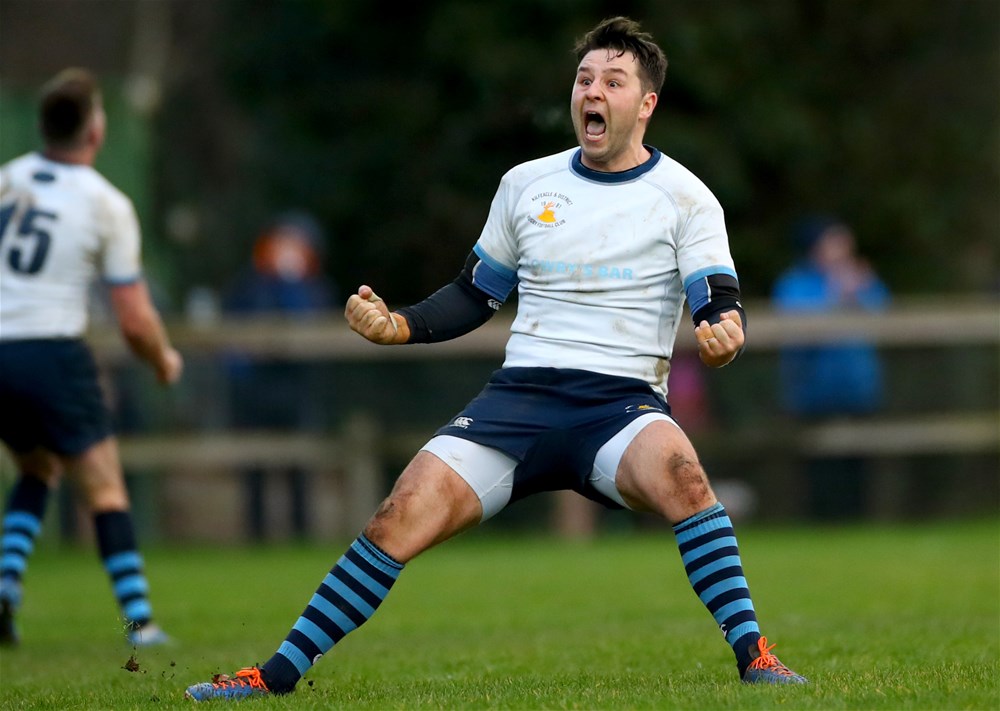