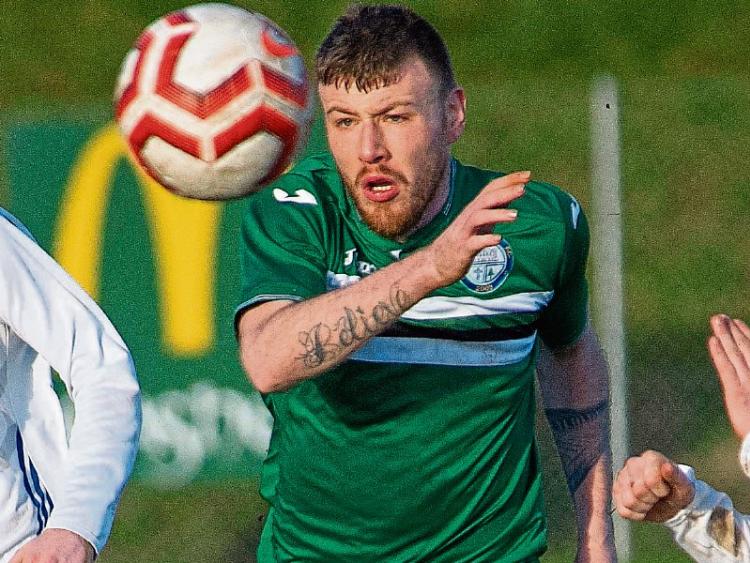 Sean Cronin who scored a hat-trick for Clonmel Celtic on Sunday last in their 7-1 demolition of Kilsheelan United.

Clonmel Celtic got back to winning ways after a couple of poor results with an emphatic win at the weekend over Kilsheelan United on the bypass. Sean Cronin opened the scoring for the hosts on twenty two minutes with a well taken effort reacting quickest to smash into the top corner. And two minutes later, the same player popped up to score an almost identical goal and put his side in control.

On the half hour mark Damon Gregory went on a stunning run past three players and smashed home from just inside the box, and four minutes from the break Shane Butler scored from a 25 yard free kick to put his side well on top at the break. It took until the sixty third minute before Owen Lonergan got in in the act to fire home a real poachers effort, and Shane Mullen continued his scoring streak twenty minutes from time when he headed home a thumping header.

Five minutes later Sean Cronin completed his hat trick from right full when he scored direct from a corner, before the away side picked up a consolation goal in the 85th minute with a very well taken goal by Kyle O’Connell.

Burncourt Celtic stayed in touch at the top end of the Third Division table with a battling performance against bottom side Tipperary Town who made them fight all the way before succumbing. The first half of this game was largely uneventful and there were no goals from either side, but Burncourt started the better in the second half and took the lead courtesy of an unfortunate sliced clearance that flew over the head of the stranded home keeper and into the net.

The home side were then the architects of their own misfortune again with five minutes left when they presented possession to the visitors after a free kick and Burncourt ran the length of the pitch before Zack Keating finished to the net. And deep into injury time the visitors added a third when Dylan Price smashed home a free kick from 20 yards out to secure the points.

These two sides played out a lively draw in Moyglass on Sunday afternoon with the home side having to eventually hang on to share the points after being ahead. The first half saw Moyglass have the better of early exchanges and they took the lead in the fifteenth minute when Denis Fahey got on the end of a Dylan Gayson cross to fire home. Saint’s came back into it after that but were unable to break a resolute home defence down until the sixtieth minute when a clever ball over the top saw Eoin Riordan run on and fire past the keeper. The home side were then reduced to ten men but the visitors were unable to press home the numerical advantage and the game ended honours even. 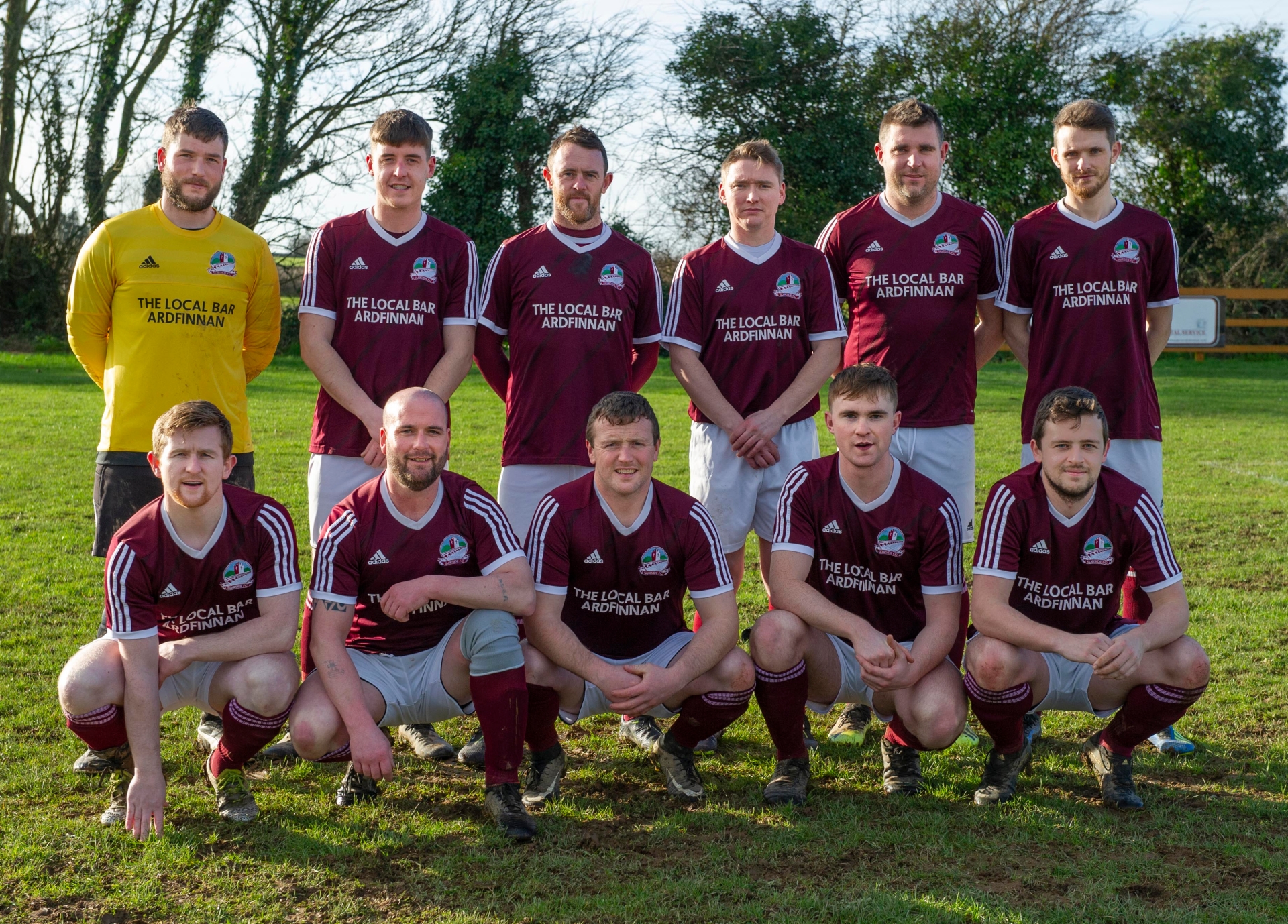 It was three wins on the spin for Suirside on Sunday as they put a serious dent Mullinahone’s title hopes with a good win on Sunday last.

The home side started the game well and missed three early goal chances, before they were hit in the counter attack when the visitors went in front in the twentieth minute with a goal from Ashley Lazlett from close range. But that did not deter the home side and they levelled matters five minutes before the break with a diving header from Decky Walsh after good work down the left wing.

Level at the break the second half was a lively affair with the home side having much of the possession and were rewarded for their efforts with a penalty on the hour mark after great work and pressing from man of the match Darren Sweeney who dusted himself off to coolly slot home the resultant spot kick. There was chances after that for both sides to add to their tally but it was the hosts who managed the game till the end and deservedly took all points.