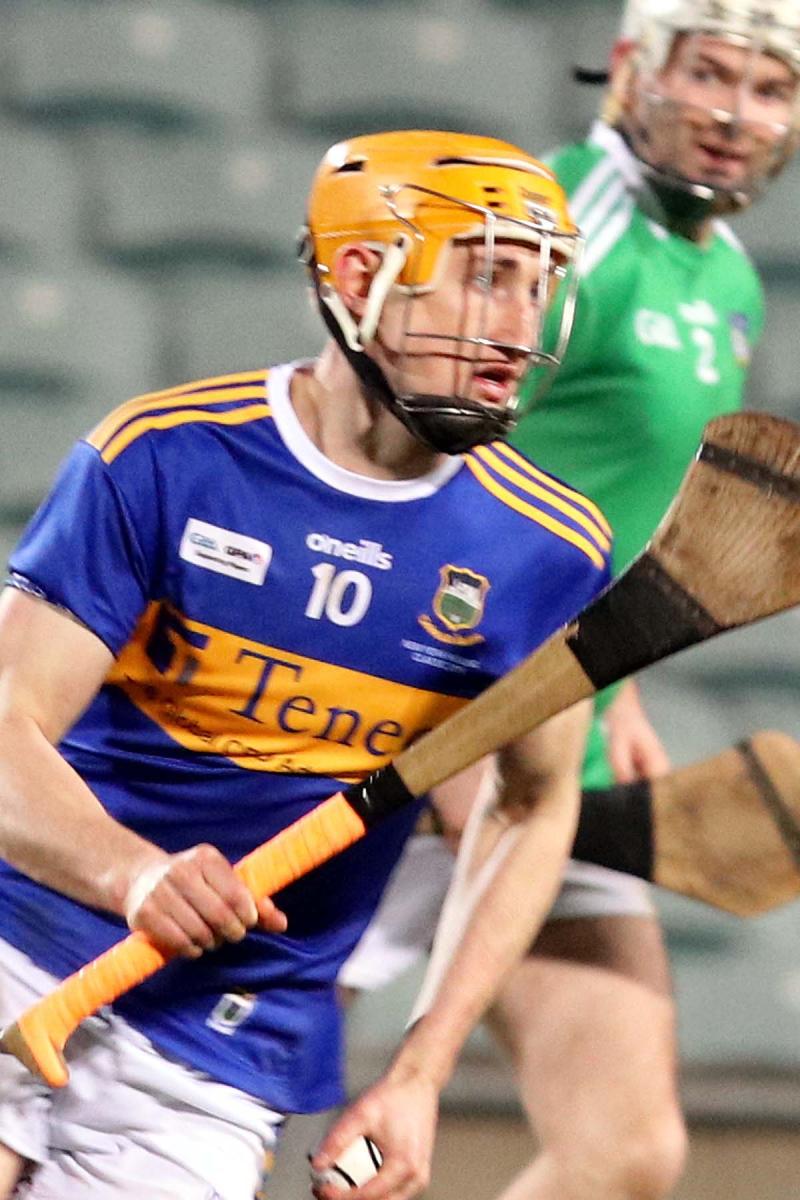 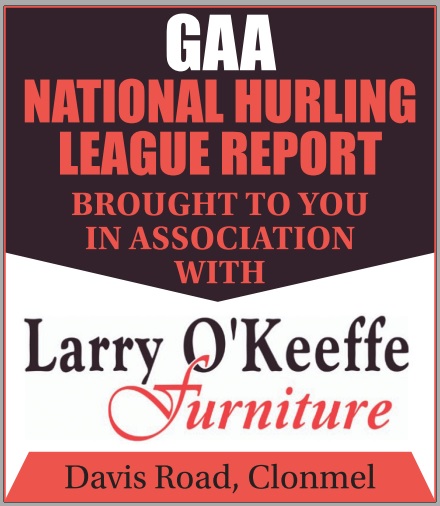 Tipperary slumped to their second defeat in as many games in the National Hurling League when they were edged out by Cork in an exciting tussle in front of an attendance of 9821 at Pairc Ui Chaoimh on Saturday night.
Cork led from late in the first half to the finish but were made to work hard for their victory by an understrength Tipperary team.
Cork led by four points, 2-23 to 0-25, when Tipp were thrown a lifeline two minutes from the end of normal time. Substitute Seamus Callanan's pass across the face of the goal was collected by Niall O'Meara; his shot brought a great save out of Cork goalie Patrick Collins and Mark Kehoe, one of Tipp's best players, was hauled to the ground by Bill Cooper when he seized upon the rebound.
Tipp goalie Brian Hogan may not have covered himself in glory with his attempt to save Robbie O'Flynn's first half goal, but he made amends by rifling the penalty to the roof of the net.
That reduced the deficit to just a point but Cork put the seal on a deserved win with Seamus Harnedy's additional time point. That score came after the game had been held up for almost eight minutes when Tipperary substitute John Bubbles O'Dwyer shipped a heavy knock and was treated for some time before being stretchered from the pitch.
In an open tussle that at times resembled a tournament game, Tipp's standout players included Padraic and Ronan Maher, John McGrath and Mark Kehoe.
Paddy Cadell started well and was making a good impression until a back injury forced his departure after 26 minutes. Alan Flynn and Willie Connors also gave everything for the cause.
Cork's best were Patrick Horgan (he scored 1-9, including a goal from a penalty and eight frees); Damien Cahalane, Robbie O'Flynn, Seamus Harnedy, Alan Cadogan and Darragh Fitzgibbon.
Tipp started with six of the team that started last year's All-Ireland Final - Brian Hogan, Ronan Maher, Seamus Kennedy, Padraic Maher, John McGrath and Jason Forde - and as a team they are still searching for match sharpness.
The teams were level eight times in the opening half but Patrick Horgan's converted penalty on the stroke of half-time gave Cork a four-points lead, 2-13 to 0-15, at the break.
The penalty was awarded when Sean O'Brien was judged to have fouled Robbie O'Flynn, after Ronan Maher had been caught in possession.
Tipp had gone ahead for the first time in the 10th minute (0-5 to 0-4) with a fine point from midfield from Paddy Cadell.
But the lead was short-lived. As Cork launched an attack Alan Cadogan fed Robbie O'Flynn and he beat Brian Hogan with a near-post shot that the Tipp goalie really should have stopped.
When Robbie O'Flynn, Patrick Horgan from a free and Alan Cadogan added points, Cork were five clear.
However Tipp hit back strongly, scoring the next five points. Those scores came from Jason Forde's free, Mark Kehoe (who had a great game after a below-par display against Limerick the previous week); another Forde point, this one a spectacular effort from under the South Stand; John McGrath, another of their main men in the opening half; and a monster Ronan Maher free from his own 65.
Tipperary: Brian Hogan (1-0 penalty, Joe O'Dwyer, Ronan Maher (0-1 free), Sean O'Brien, Seamus Kennedy, Padraic Maher (0-3), Paddy Cadell (0-2), Alan Flynn (0-1), Willie Connors, John McGrath (0-4), Cian Darcy (0-2), Michael Breen, Mark Kehoe (0-4), Jason Forde (0-4, 3 frees) and Jake Morris (0-2).
Substitutes: Jerome Cahill (0-1) for Paddy Cadell (26 minutes), Niall O'Meara (0-1) for Michael Breen (34 minutes), Seamus Callanan (captain) for Cian Darcy (48 minutes), Bryan O'Meara for Seamus Kennedy (53 minutes), John O'Dwyer for Jason Forde (64 minutes) and Paul Flynn for John O'Dwyer (temporary substitute, 77 minutes).
Cork: Patrick Collins, Colm Spillane, Robert Downey, Sean O'Donoghue, Chris O'Leary, Tim O'Mahony, Damien Cahalane (0-1), Bill Cooper, Luke Meade (0-1), Robbie O'Flynn (1-3), Seamus Harnedy (0-2), Aidan Walsh (0-1), Alan Cadogan (0-4), Declan Dalton and Patrick Horgan (1-9, 0-8 frees, 1-0 penalty).
Substitutes: Darragh Fitzgibbon (0-2) for Aidan Walsh (22 minutes), Mark Coleman (0-1) for Tim O'Mahony (27 minutes), Conor Lehane for Declan Dalton (47 minutes) and Shane Kingston for Luke Meade (62 minutes).
Referee:James Owens (Wexford).