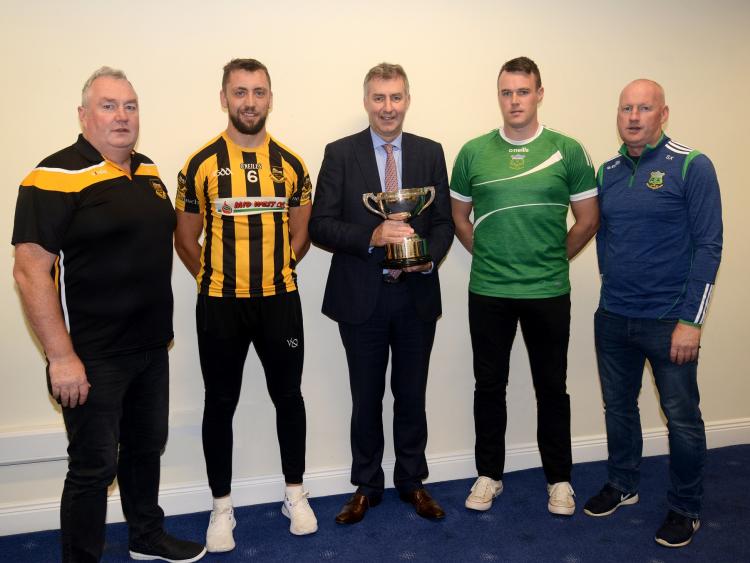 John Ryan and James Barry of Upperchurch Drombane, with Joe Kerrigan of Centenary Agri and David Butler and Seamus Kennedy of Drom-Inch ahead of last years mid final

The draws were made by the mid Tipperary CCC this week

Mid Tipperary GAA CCC made their draws for the divisional championship this week with senior hurling holders Drom-Inch drawn against rivals Loughmore Castleiney is a mouth watering clash.

The mid senior football championship is straight knockout and sees a quarter final tie between Moyne Templetuohy and Moycarkey Borris - the winners will play JK Brackens in the semi-final. In the second semi-final Loughmore Castleiney will take on Upperchurch Drombane in what should be another cracking contest.

The draws are as follows:

Mid U 21 A Hurling Championship

Mid Junior B Football Championship
Two groups of 3 with the top two teams into semi finals.