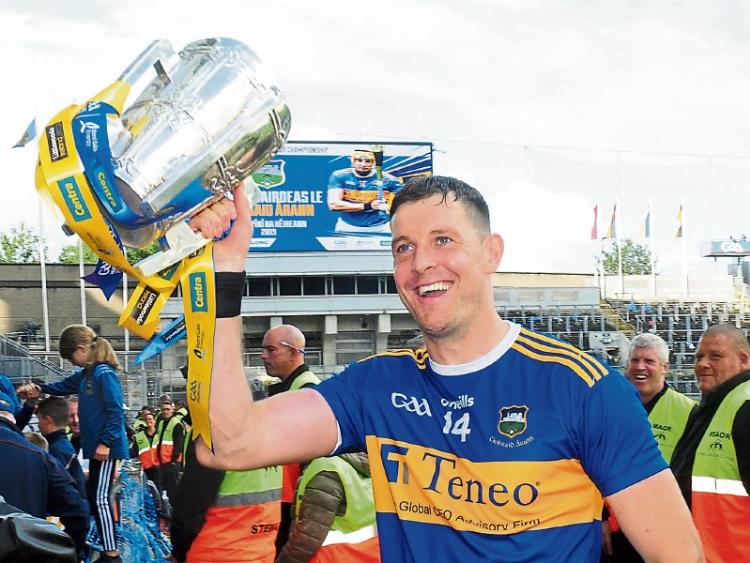 Will it be a case of third-time lucky for Tipperary’s hurlers on Sunday in round 3 of the Allianz-sponsored National League?

A faltering start to the campaign has seen the team ship a pair of two-point defeats, so the focus now shifts to recovery. Not since 2011 have Tipperary opened a league campaign with two defeats and, interestingly, then as now it came after an All-Ireland win. Let’s hope the comparisons end there because 2011 ultimately saw the national title return to Kilkenny hands in September.

Nobody is seeing this as a crisis but the losing trend is a definite concern. When you add in the two Munster league games it amounts to four defeats on the spin for the All-Ireland champions. That’s troubling. Great teams build an aura around them, one which can spook opponents. Yet nobody is unnerved by Tipperary at the moment.

It all adds pressure ahead of Sunday’s visit to Pearse Stadium in Salthill, where we’ll surely see a strengthened team take on the job with much greater urgency than we’ve seen up to this. Survival in the league race is at stake.

The team went north last weekend to play Antrim in a friendly encounter. I suppose you could call it a Portroe initiative, with Darren Gleeson managing the Northerners in a game versus clubmate Liam Sheedy. It ended level but the PR dividend was significant with much praise for the visitors, Seamie Callanan especially singled out for spending the most of an hour after the game signing autographs.

We’ve developed strong links with Antrim over the years since that All-Ireland final clash of 1989.  Dinny Cahill, I suppose, was to the forefront on that score, making the long trek north over several seasons and Darren Gleeson now continues the tradition. They’re passionate about their hurling and often feel isolated and neglected, so gestures like this one are hugely appreciated.

The game itself offered Sheedy a chance to give play-time to more fringe players and it will have been useful in that regard. Darragh Mooney, back in the mix, and Barry Hogan shared goalkeeping duties. The inside defence began with Jamie Moloney, Brian McGrath and Paul Maher, Kilsheelan.

In front of them you had Joe O’Dwyer, Robert Byrne and Bryan O’Mara. That starting defence then was without a regular name.

At midfield Michael Breen partnered Jerome Cahill. The attacking six featured Dillon Quirke, Dan McCormack and Niall O’Meara on the half line with Forde, Callanan and Paul Flynn on the inside line.

Quirke, I’m told, enhanced his prospects. Interesting to see Borris-Ileigh’s McCormack back in harness. Unlike Brendan Maher he’s seen as one who needs constant play-time to keep his game sharp.

Among the substitutes introduced were Cian Darcy, Ger Browne, Jake Morris and Conor Hammersley. Good to see Ger Browne back after injury on a day when his grand uncle was claiming a Dail seat.

Anyway the game this Sunday has the appearance of a must-win event if we’re to stay in the league race. Wins over Westmeath and Waterford in our final games would hardly be enough to keep us in the top half of the table to qualify for the knockouts, so this game is big.

Back in the fifties and sixties Tipperary used to be regarded as the league specialists but that tag has long since been mothballed. We still head the roll of honour with 19 titles but it’s twelve years now since our last hurrah in the competition back in 2008. Since then we’ve lost five finals, four of them to Kilkenny and the fifth to Sunday’s opponents Galway, who gave us quite a pummeling in 2017.

As a consequence Seamie Callanan stands alone as the only member of the present panel with a league medal. He came in as a sub in that 2008 final played at the Gaelic Grounds against Galway. It was Liam Sheedy’s first year in charge and a lot has changed in the intervening years, so it’s interesting to look at the make-up of our last league-winning side.

It seems like an age ago now and imagine a scenario where all-time greats such as Paudie Maher, Brendan Maher and Noel McGrath end their careers without a league medal. Their sideboards are bedecked with all the honours the game can bestow but there’s one gap in their collections – and time is running out for players heading into their thirties.

Anyway the Galway game might be a last chance to stay alive in this year’s competition. Our recent record against the Tribesmen is healthy. In the last ten league meetings between the counties we’ve won seven, lost two and drawn one. Our last five trips to Salthill saw Tipperary win three, lose one and draw one. Those are encouraging stats.

For their part this season Galway opened their league account with a comfortable win over Westmeath but fell heavily enough to Limerick in round two. Joe Canning’s second half injury damaged their cause significantly in the Limerick game but the word is that he’s fit for this Sunday.

It’s a major boost, though they still await the return of other players.

We’ll surely see Tipperary field a strong lineout this time – nothing else would make sense. Most of the All-Ireland team is back in training so I’d expect to see maybe two-thirds of them starting on Sunday, with others on the bench if reinforcements are needed.

It’s a big game with much at stake. Not making the league knockouts would be a serious blow and would leave a major gap in the schedule ahead of the championship start in May. The County Board’s coffers would also take a heavy hit.

Everything considered we have to go full throttle for this one. Third time lucky? I think so.

Meanwhile back at the home ranch on Saturday  there’s a fascinating game in prospect at Bansha when Cashel Community School and Scoil na Trionoide Naofa, Doon collide in the Munster post-primary schools’ senior hurling ‘B’ decider, otherwise known as the Tom Collum Cup. It’s a final with huge Tipperary interest.

A glance at the Doon team which defeated Borrisokane in the semi-final shows 8 of the 15 drawn from Cappawhite and Eire Og Annacarty. Those eight in particular will be familiar, with the Cashel lads drawn from the King Cormacs and neighbouring clubs like Kickhams, Boherlahan, Golden, Rosegreen and Rockwell Rovers. It really has the flavour of a local derby match.

Between them these schools each have five Munster titles in this grade, Doon last winning in 2012, taking over from Cashel who took the honours in 2011. The competition was formerly known as Corn Phadraig but was then renamed in honour of the late Tom Collum who spent many years diligently organising these games.

The Cashel effort is spearheaded by two recent Tipperary minors, Jamie Duncan (Kickhams) and Conor O’Dwyer (Cashel), the latter in attack, though we’re more familiar with him as a defender.

For their part Doon have a strong Cappawhite spine to their defence in Philip Gantley at number three and Packie Barry at six.

Their midfield too is strong with Eddie Stokes (Doon) and Gearoid Ryan (Cappawhite), both recent minors for their respective counties. And then there’s a big threat in attack from Adam English, a player with strong Tipperary and Limerick roots.

It looks set for a cracking encounter if the weather doesn’t play spoilsport. Cashel were very unlucky to lose this final two years ago to Mitchelstown CBS, so I’m sure they’d dearly love to make amends this time. Either way I suspect it’s a game that will draw much local support and whatever happens there will be Tipperary winners at the end.

I’m certainly looking forward to it.