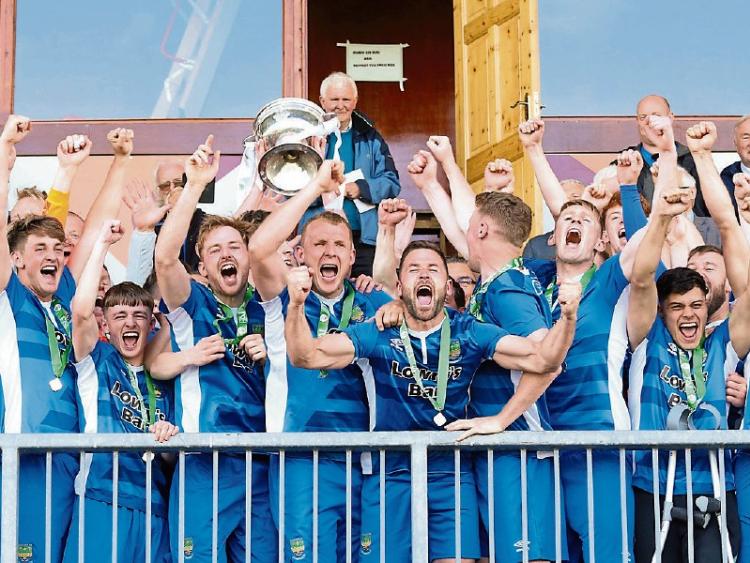 No joy this time for St Michael's as Killarney Celtic hit them late with goal at Cooke Park.

Killarney were deserving winners in this game last Sunday, but it was to the TSDL champions credit that they fought every step of the way before going down to a late goal that knocked them out of this year’s Munster Champions League Cup.

Apart from a spell early on, the hosts were too often on the back foot, lacking their usual energy as they coughed up space and chances right across the pitch.

The writing was on the wall as early as the tenth minute when goalkeeper Aido Walsh had to be out sharpish twice as the visitors got behind the home defence with an unnerving ease. When they did show signs that they might be capable of winning despite being off colour, the Kerry team always seemed to have the measure of the Saints attack and never gave them a clear-cut chance to open the scoring.

And as the first half progressed this lead to some tetchiness in the two sides, with a plethora of yellow cards being given out, something that also detracted from any fluency in the game.

The second half started like it was going to be a little more open and free flowing, and the hosts thought they had opened the scoring four minutes in, but saw Gavin Dillons effort deflected away from a corner. And that resultant corner saw Joey Mulcahy almost get on the end of a Richie Ryan pass before Celtic managed to scramble the ball away.

And that was perhaps the best chance that the home side had all day, as the game away fell back into a dour midfield battle devoid of any real spark of magic.

Killarney missed a gilt-edged chance to open the scoring just before the hour mark, when Stephen McCarthy crossed but Lee Downing hit wide of a gaping goal. Wayne Sparling who was the visitor’s best player on the left wing crossed for Lee Downing who saw his effort saved by Aido Walsh, and a lob from Stephen McCarthy went just over the bar, as the visitors took control of the game.

But they continued to be profligate and it looked like the game was heading for extra time, when deep in time added on, Sparling hit a deep cross from the left wing and Adam O’Rourke got a free header at the far post from which he made no mistake.

A stunned Saints had no time to hit back and Killarney go to the final, a reward which they deserved for their play over the ninety minutes.