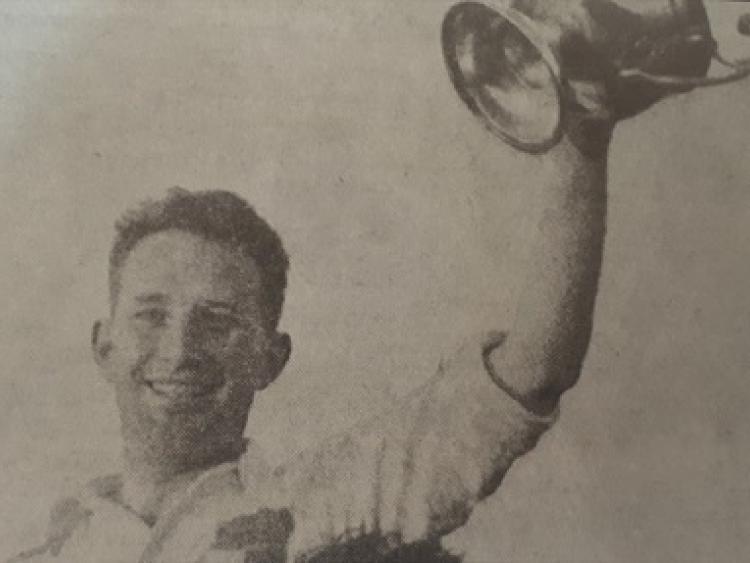 The death of former Tipperary and Munster senior footballer Neil O'Dea has caused widespread regret in mid Tipperary and in Tuam where he has been resident for many years.

In his 90's, Neil had the distinction of being the only man from Thurles parish to lift the O'Dwyer Cup – the Tipperary county senior football crown – having captained Thurles Crokes to win the title in 1960.

Indeed, playing at half back alongside Paddy Doyle and Larry Keane, Neil was not only the captain of the side, but he was also the driving force and at 34 years of age at the time, he was hugely respected by all the players in a star studded team which included the likes of Tipperary hurling heroes Jimmy Doyle, Michael McElgunn, Sean McLoughlin and Blackie Keane – all muliptle county senior hurling championship medal winners with Thurles Sarsfields.

That title, won at the expense of Clonmel Commercial by 1-9 to 0-9 at Cashel on November 6 1960 was the first and only senior football championship title won by a team from the parish of the birthplace of the GAA – they had defeated the seven in a row seeking Loughmore Castleiney outfit in the mid final, after a replay by 2-3 to 0-3.

Neil also played for Tipperary having been drafted into the panel to play a challenge game against Kerry, when one of his direct opponents was the legendary Mick O'Connell. A few years later at the age of 28 he went on to make his debut for Munster in the Railway Cup when he played at midfield alongside John Dowling, who would go on to captain Kerry to win the Sam Maguire Cup later in the season. Neil was highly respected and regarded as a footballer – the seed of his skills no doubt having been sown and fostered in his native Templemore where he went to school in Templemore CBS. For a mid Tipp man to make a Tipp football team at the time, you had to be goon; for a Tipp man to make the Munster team at the time, you had to be very good. Neil was, and his contribution to club, county and province has been recognised many times since.

Neil worked with An Post and in 1974 he was transferred on promotion to Tuam in County Galway. He moved with his wife Tilly -nee O'Grady from Holycross and who herself came from great GAA stock – and they set up home in Tuam where they would spend the rest of their lives with their family and new found friends.

Neil was a man who believed in giving back to the GAA and he was soon submerged in the Tuam Stars club starting out in the juvenile ranks and going on to serve at every level including chairman of the club. The club posted a tribute to him this week stating: “ The very sad news reached us today of the passing of club great, Neil O'Dea. Neil, along with his wife Tilly, have for many years epitomised what is great about the GAA and Tuam Stars. Neil will be greatly missed by his family, wide circle of friends and the whole Tuam community.”

In Tipperary and Munster GAA ranks Neil  O'Dea is remembered very fondly as a talented footballer and a man of real drive. But, in Thurles he is extremely highly regarded and remembered as a mould-breaker who believed that Thurles Crokes could win the county championship, and who went about ensuring that the club would put its best foot forward in their bid to do so. They were greatly boosted by the fact that the Sarsfields senior hurling team had relinquished their hold on the county championship, having won five-in-a-row from 1955-'59, and those players were then available to play football – they would then go on to win five more titles in a row from 1961-'65 in a remarkable run of success.

Sympathy is tendered to the extended O'Dea family and the bereaved at their sad loss at this time.

Funeral arrangements for Neil will be announced later.