The perfect round of golf - A hole-in-one and to win the senior scratch cup too! 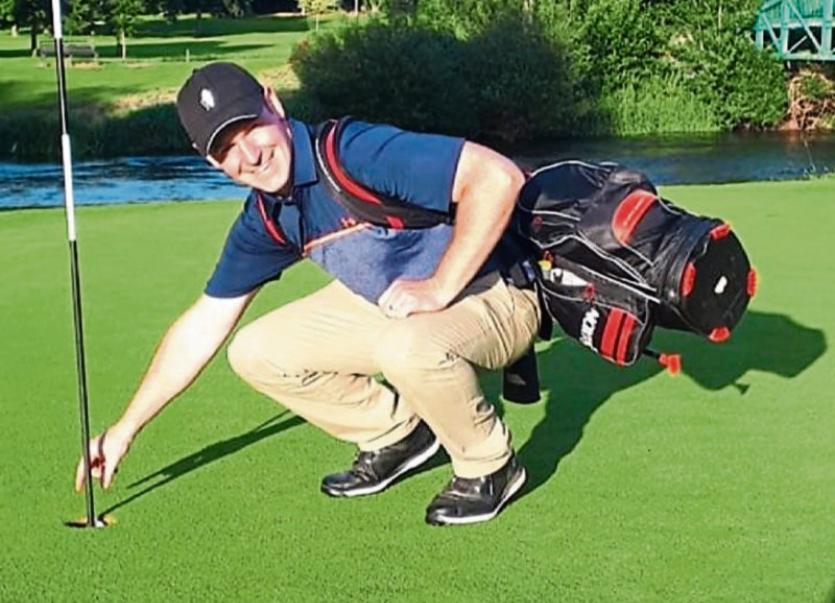 CAHIR PARK GOLF CLUB: Mark Shanahan (West Waterford) will remember his visit to Cahir last weekend when winning the Senior Scratch Cup, helped by a hole in one no less on the cross-river par 3 16th

Not only did he ace the picturesque par 3 16th with a perfect cross-river pitch but the ace enabled him to go on and win the Senior Scratch Cup by a single shot, recording a two-under par 69 off the back tees. In second place came David Reddan Junior with a sub par 70.

It was a great weekend overall at Cahir Park with a fantastic turn out from far and wide and the competition for all four prizes was very high.

The Senior Scratch Cup was won by Mark Shanahan with a fantastic 69 gross aided by an ace on the 16th. Super shooting Mark - drinks are on you. Second in the Senior Category was David Reddan Jr with a 70 gross. Great golf guys.

The Intermediate Scratch Cup was claimed by Thomas Hegarty with a 77 gross whilst John Morrissey came  in 2nd with a 78 gross. The Intermediate Nett went to Sean Cronin with a 64 Nett. Well done gents.

The Minor Scratch Cup was taken by Kieran Fleming with a 86 gross hotly followed by Con O’Brien with a 87 gross. The Nett was won by Jim Davis with a 68 Nett.

Super golf by all - congratulations.