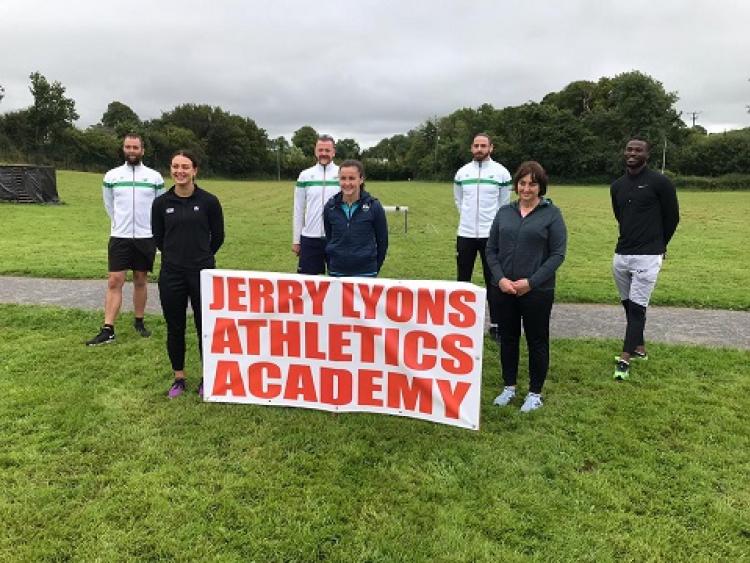 The inaugural Jerry Lyons Athletics Academy was launched on Saturday last July 25 in memory of Tipperary and Munster athletics stalwart Jerry Lyons, who passed away in May of this year. The academy took place in Ballynonty Community Field and was open to all coaches and athletes (aged 15 and up) in Tipperary. It was centred on a sprints and hurdles workshop led by some of Ireland’s top coaches followed by Q&A panel with Irish International athletes.

Shane McCormack and Jeremy Lyons led the speed workshop. McCormack is the coach to Phil Healy, who holds the Irish 100m & 200m record, he is also speed coach to the Tipperary hurling team. Jeremy, son of Jerry Lyons, is the head coach of the Dublin Sprint club which encompasses athletes from several clubs training together including six current Irish internationals and several national medallists. 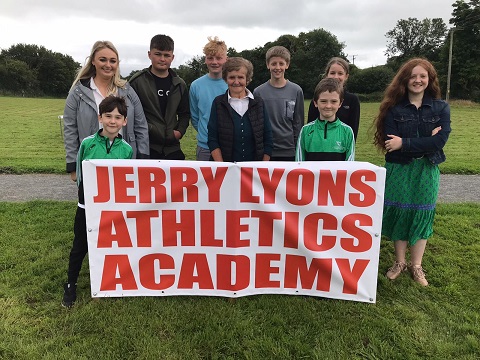 Above: at the launch of the Jerry Lyons Athletics Academy, Mab Lyons (wife of the late Jerry Lyons) and grandchildren.

Aideen Sinnott and Gerard O’Donnell led the hurdles workshop. Aideen Sinnott is a coach in Dublin Sprint Club and specialises in 400m hurdles, most recently having coached Deirdre Murray to a semi-final in the European U20 Championships in Sweden. Gerard O’Donnell is also part of the Dublin Sprint Club coaching team and is an Athletics Ireland Development and Coaching officer. O’Donnell is also an active athlete and the current outdoor and indoor national hurdles champion. The session finished with an athlete Q&A with a panel of Irish International sprinters; Phil Healy, Brandon Arrey and Sophie Becker.

Speaking at the launch, Jeremy Lyons said “I would like to thank the Tipperary Athletics County Board and the community of Ballynonty for their support in hosting the academy, we are looking forward to building on it for 2021. It was great to see the turnout of athletes and their coaches who were keen to learn from some of Ireland’s top coaches. The Lyons family were there to see it in action too, a fitting tribute to our dad, who was passionate about coaching excellence.”