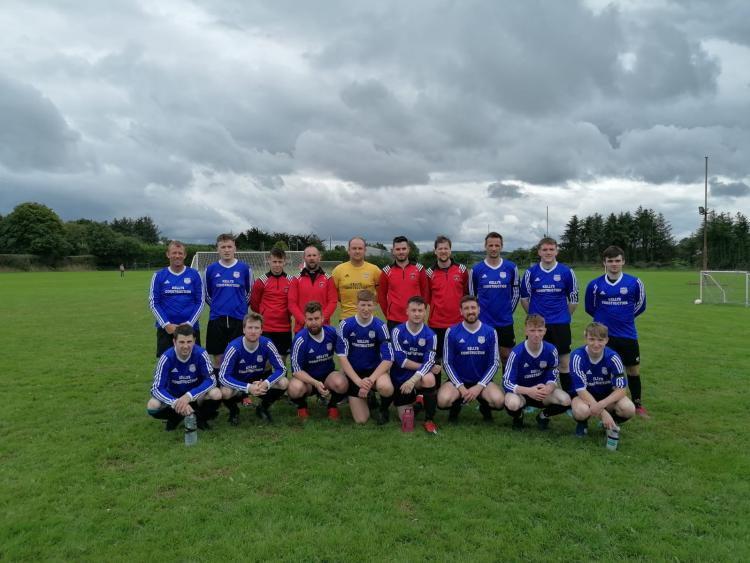 Pieta House and Teac Tom will benefit from the fundraising efforts

A major fundraiser is underway in South Tipperary for Pieta House and Teac Tom.

“We came up with the idea a few months back when myself an 3 others decided we wanted to raise money for Pieta house and Teac Tom. We chose the charities because mental illness and suicide have affected every family in some form or another, and we wanted to raise money so the charities could continue to help people and to also raise awareness that their is help available.

“We brought the to the soccer club Slieveardagh United FC whom we all play for and they all jumped on board straight away. This then gave us the base to spread our message further as a team, and we could also try break the stigma around mens mental health as a mens sports team, and to encourage men to talk about their problems regarding mental illness,” Ricky told The Tipperary Star this week.

They started in mid April with zoom meetings discussing various ideas and came up with a 24 hour mental health marathon. So for 24 hours from this Friday at 6pm until Saturday at 6pm at least one member of the club will be running laps of their field in The Commons Sportsfield for the duration of the event.

“We then set about asking local companies to sponsor kilometres with the option of becoming a main sponsor for a larger fee. We got a fantastic response and a lot of companies jumped on board. Casey's Daybreak Ballingarry and Anthony & Margaret Pollard became our main sponsors donating €1,000 and €600 respectively.

“We then set up an iDonate for people locally to donate and again the support we received was unbelievable. We originally set a target of €4,000 which we thought was a bit of a reach, but we hit that in just under 2 weeks. With the event growing all the time we decided to plan some events for the Saturday for people to come and enjoy. So from 12-6pm this Saturday there will be 6 bands playing live music, there will also be a bbq, crepes, charity haircuts and our own lads have signed up for head shaves and leg waxes,” Ricky says.

He added: “While we wanted to raise as much money as possible, our main goal was to raise awareness to combat mental health and to remember those who have unfortunately passed away over the years due to suicide. So at 4.30am on Saturday we are hosting a remembrance walk for everyone to come walk a few laps with us in a show of solidarity as a community. We will also have candle bags lit up with peoples names all around the field and people can also place a ribbon on our remembrance tree to remember loved ones. We'd just like to say a huge thanks to everyone who has donated and volunteered their time to help us on the day, the support has been unbelievable. Also we'd like to say a huge thanks to local Councillor Imelda Goldsboro for all her help. Since she has joined us in organising the fundraiser it has sky rocketed and we couldn't have got this far without her help,” he says.

They are wished well for the big event and all support would be greatly appreciated in whatever way possible.