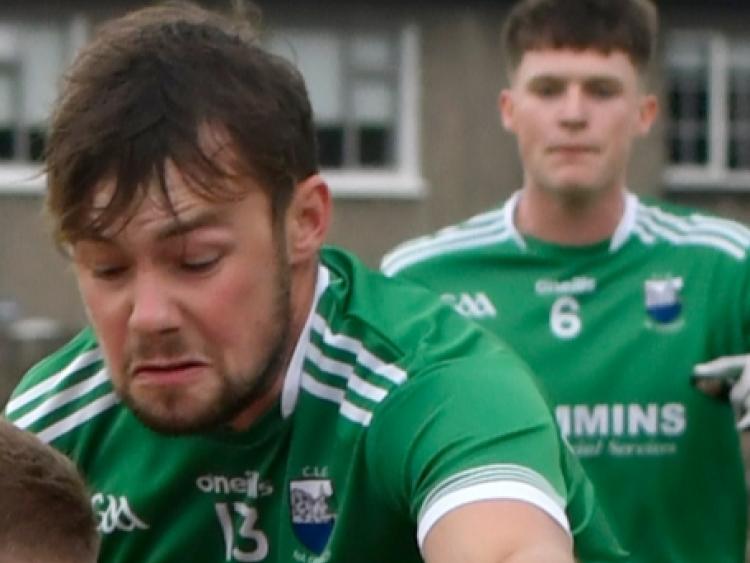 Five Cahir goals, including three from the penalty spot, proved the difference between these neighbouring sides in a hard- fought county senior football championship encounter in damp and breezy conditions in New Inn on Saturday evening.

The tone was set in the opening quarter with a Niall McKenna goal in the first minute after good work from Liam Casey.

Galtee Rovers responded with a pointed free from the boot of Shane Egan but the West team were soon rocked by a second goal when a short kickout went astray and McKenna was fouled in the penalty area. Up stepped corner forward Mikey O’Connor to slot home the first of his three goals, and suddenly Galtee Rovers were fighting an uphill battle.

Two more points from Shane Egan, coupled with a Darren McGrath point from a difficult angle raised the spirits of the Galtees, who went into the first water break 2-1 to 0-4 behind.

Cahir had the upper hand after the water break, however, hitting three points in succession through Mikey O’Connor (free), Eddie Kendrick and Brian McKenna, but Galtee Rovers battled back with two excellent scores from Darren McGrath and Tony O’Brien, either side of a Shane Egan free.

The final scores of the opening half fell to Cahir, with a fine Brian McKenna point followed by a similar score from Liam Casey to leave the half time score Cahir 2-6  Galtee Rovers 0-7.

For the second half Galtee Rovers reconfigured their lineout, with Edmond O’Dwyer and Rhys Byron coming to midfield and Colin Morrissey moving to full forward. The opening exchanges were fairly even, with Shane Egan and Mikey O’Connor swapping frees, while Edmond O’Dwyer and Cahir centre back Ger Quinn traded points from play.

Another Cahir point, this time from the influential Stephen Grogan, was the prelude to another penalty, with Conor O’Sullivan black-carded for a foul on full forward McKenna. Once more O’Connor made no mistake from the spot and Galtee Rovers were suddenly in damage-limitation territory.

By the time the second water break arrived, Cahir had stretched their lead to fourteen points, 4-12 to 0-10, with the fourth goal coming from wing forward Brian McKenna.

Adam McGrath hit a fine point for Galtee Rovers but that was cancelled out by a string of Cahir points from Kieran O’Dwyer, Casey and Kevin Grogan.

When play resumed Cahir struck for another goal with O’Connor once more converting from the penalty spot after a mistimed tackle on Niall McKenna. As the game drifted towards its inevitable conclusion, Cahir gave several of their subs a run with Harry Fitzgerald hitting two frees, while Edmond O’Dwyer hit his second point from play and Adam McGrath converted three frees for Galtee Rovers.

Cahir will be very happy with their performance on this occasion, having lost to Commercials and Killenaule. In defence and attack they won most of the key battles and their midfield duo of Liam Casey and Kevin Grogan dominated their sector for much of the game. While Mikey O’Connor took the scoring honours, the six forwards all contributed handsomely to this performance while the full and half back line, along with Aaron Wall, can all be happy with their performances.

For Galtee Rovers, this was a very disappointing conclusion to the group stages of the championship.  The promise of the early victory over Killenaule has well and truly evaporated, and they must now regroup for the relegation semi-finals and the West championship.