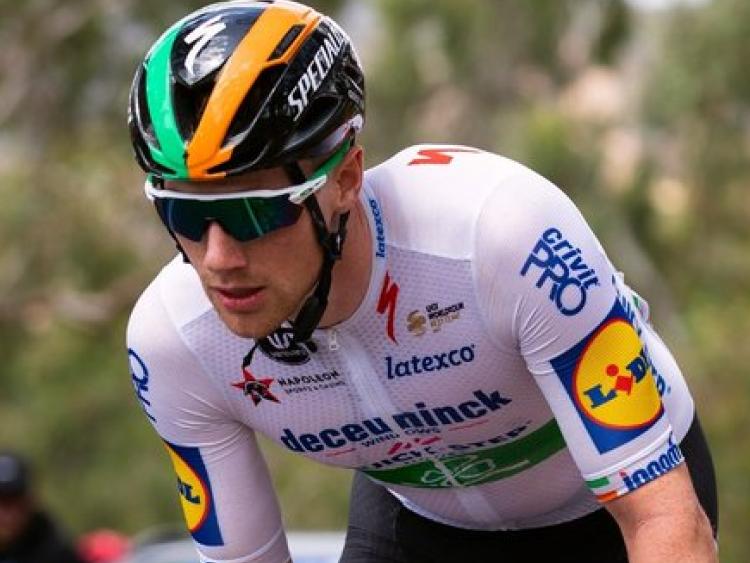 A third place finish in today's fifth stage of the Tour de France was sufficient to secure the green jersey for Sam Bennett.

It means he becomes the first Irishman to wear the green jersey (awarded to the leader of the points competition) at the Tour de France since fellow Carrick-on-Suir man Sean Kelly in 1989.

Sam Bennett finished just behind stage winner Wout van Aert and Cees Boll but ahead of rival Peter Sagan, who was fourth on the 183 kilometres trip from Gap to Privas.

Having also won the intermediate sprint in today's stage, Bennett's 123 points moved him clear of Sagan (114) in the points classification.

The sprint finish to today's stage meant there should have been no change to the general classification but Bennett's Deceuninck-QuickStep team-mate Julian Alaphilippe was penalised 20 seconds for an illegal feed, which means Mitchelton-Scott's Adam Yates takes over the overall race leader's yellow jersey.

Regarded as one of the world's best sprinters, 29 year-old Bennett is competing in the Tour de France for the third time and for the first time in four years, having also ridden in the race in 2015.

His progress is being closely followed by Irish sports fans, and especially his wife Tara, parents Helen and Michael Bennett and his family in Carrick-on-Suir and Clonmel.