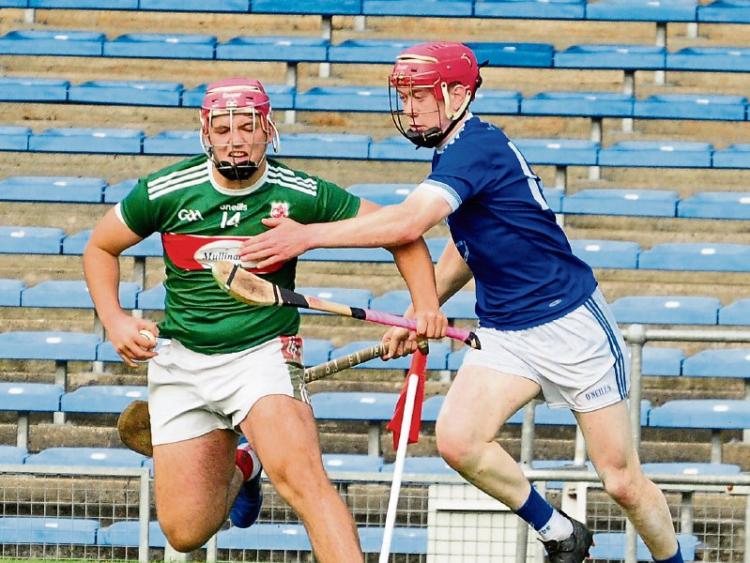 After the briefest interlude in the lower grade, Mullinahone have returned to the  Dan Breen cup competition  following their richly-deserved five points win over Lorrha-Dorrha in the Seamus O’Riain Cup FBD Insurance county senior hurling championship final at Semple Stadium on Saturday last.

Many fancied a lively Lorrha outfit to “have the legs” of the experienced south Tipp representatives, especially in the open spaces of Semple Stadium.

However Mullinahone were the side with all the answers, a powerful last quarter that yielded three goals clinching their first success in this competition.

It marked a speedy return to the top flight for Mullinahone, who were relegated last year, but they had to work hard to shake off the challenge of a persistent Lorrha outfit, chasing a first county senior title.

While Mullinahone racked up an impressive score, much of the credit for this win has to go to a resolute defence that put the shackles on a lively Lorrha attack.

After early unease, especially in the face of the scything runs of Lorrha’s Eoin McIntyre, Mullinahone closed off the space with tight  marking. That set up the platform from which sprang much of Mullinahone’s attacking play.

With 200 spectators  allowed back into games under the revised Covid-19 restrictions, the atmosphere in the stadium was more championship-like than for some time. 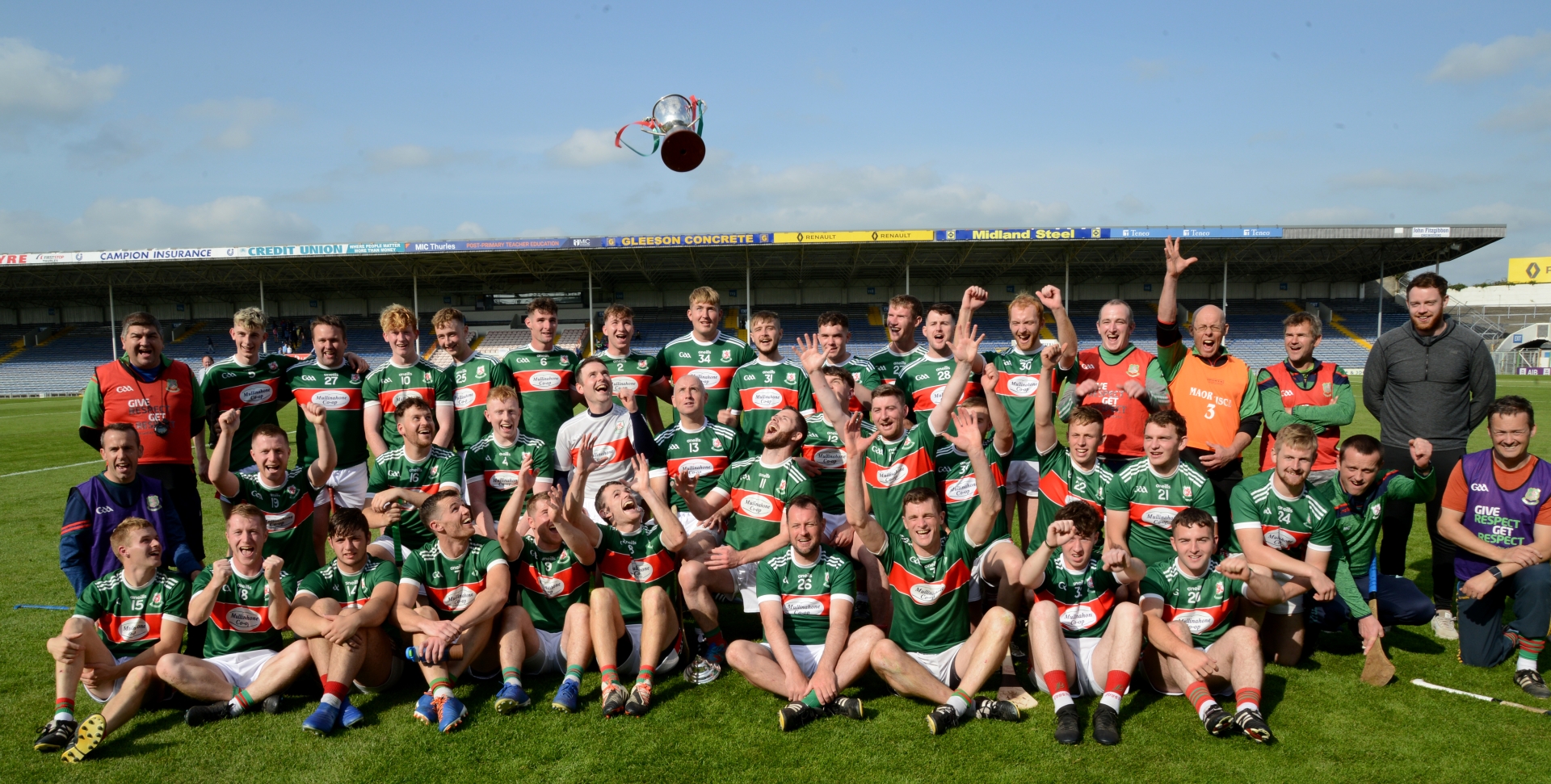 Above: Mullinahone celebrate their famous victory in the Seamus O'Riain Cup final

And it was the Lorrha fans who were the loudest in the opening ten minutes especially when, in the 7th minute, Cian Hogan finished off a fine four-man move with a cracking goal for a 1-3 to  0-3 lead.

Lorrha were flying, but Mullinahone struck back with a brilliant individual goal from Michael Dunne to put them 1-4 to 1-3 ahead after 9 minutes.

It was a lead they never subsequently lost and at the water break they were 1-7 to 1-5 clear. Lorrha got back level, 1-8 each, after 26 minutes but Mullinahone finished with a flourish, hitting five points without reply for an interval lead of 1-13 to 1-8.

Lorrha were by no means out of the hunt but their early promise was less evident, as their initial exuberance waned. Patrick Bonner Maher wasn’t getting the same room and the surging runs of Eoin McIntyre were less in evidence.

They needed to lift the intensity and competitiveness of their game in the second half to shake off the shackles of a Mullinahone side that had grown steadily into the contest.

The early stages of the third quarter saw Mullinahone stay in charge, despite  two opening points  by Colm Fogarty for Lorrha, which were countered by similar efforts from Eoin Kelly, Sean Curran and Enda Keane for Mullinahone.

Approaching the water break, Lorrha cut the lead to 1-16 to 1-13 with points from Chris Fogarty, Cian Hogan and Alan O’Meara to set up a hectic last quarter.

Then things changed dramatically, as Mullinahone hit two goals in two minutes to take a grip on the game they would never lose. 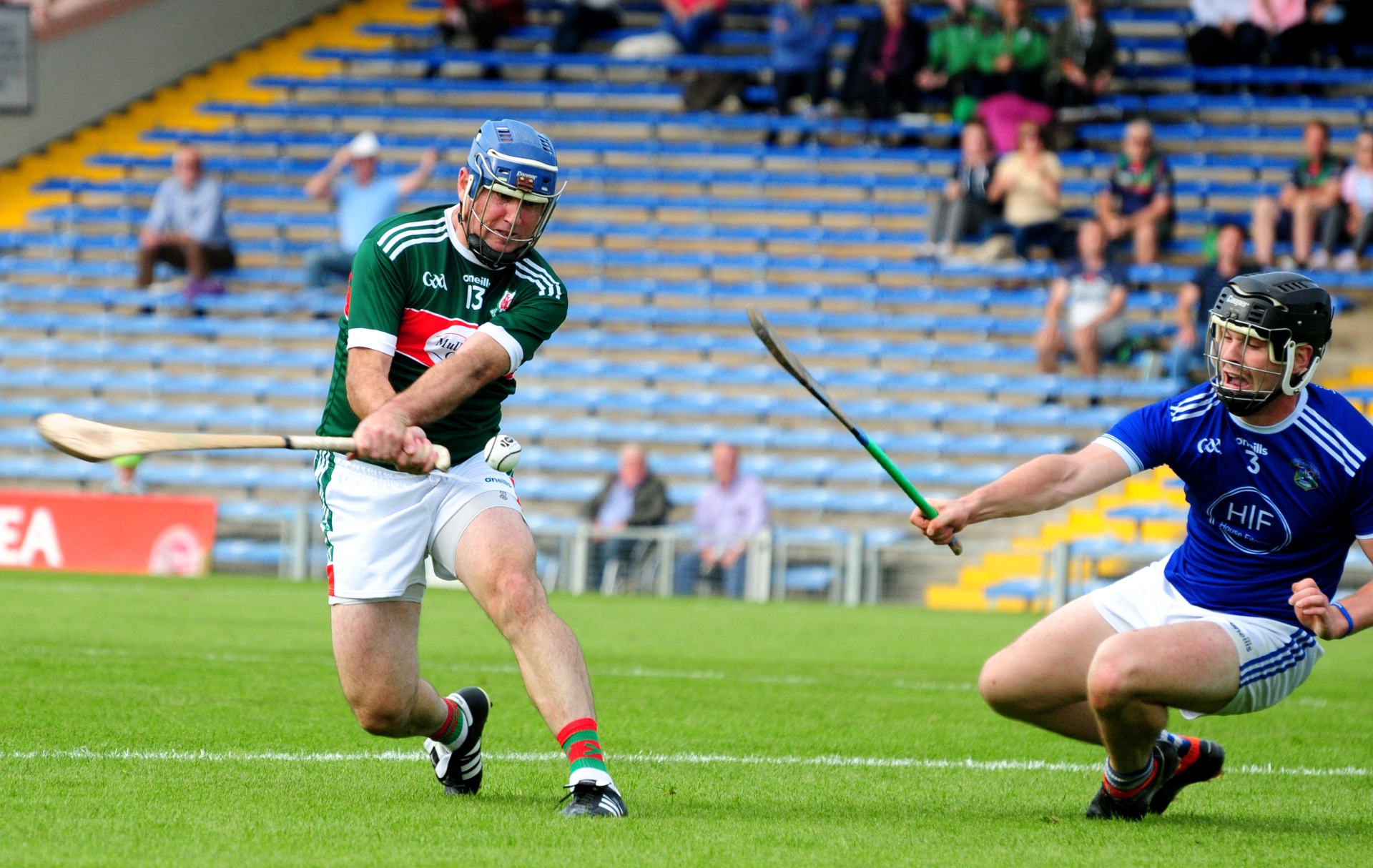 Above: Eoin Kelly fires home one of his two goals for Mullinahone

First Michael Dunne netted after another set up by O’Shea and a minute later Eoin Kelly had his second goal off an Eoin Fennelly free to put Mullinahone 4-16 to 1-17 clear.

A minute later he had a blast for a goal from a free beaten out and Colm Fogarty also had a goal effort thwarted by Mullinahone goalie Alan Walsh.

Desperation stakes admittedly, but a spirited Lorrha were not going down without a fight, albeit a losing battle as the clock was against them and Mullinahone pulled players back in defence to ensure that what they had they held.

Mullinahone supporters relished the occasion as captain Eoin Kelly lifted the Seamus O’Riain cup to signal their return to the top flight of club hurling in the county next year.

For veterans Eoin Kelly, who scored 2-2 from play, and Paul Curran it was a particularly satisfying evening, having shared in the club’s former days of glory.

Only one team is promoted to the Dan Breen competition but Lorrha made considerable progress this year and the challenge is to take things a step further next term.

Perhaps their inexperience of the big day got to them as they did not play with the fluency of earlier outings, although Brian Hogan, Eoin McIntyre, Ciaran Hough, Conor Hogan and Patrick Maher worked extremely hard throughout.

The loss to injury of defender Graham Houlihan after only 18 minutes did not help their cause either.