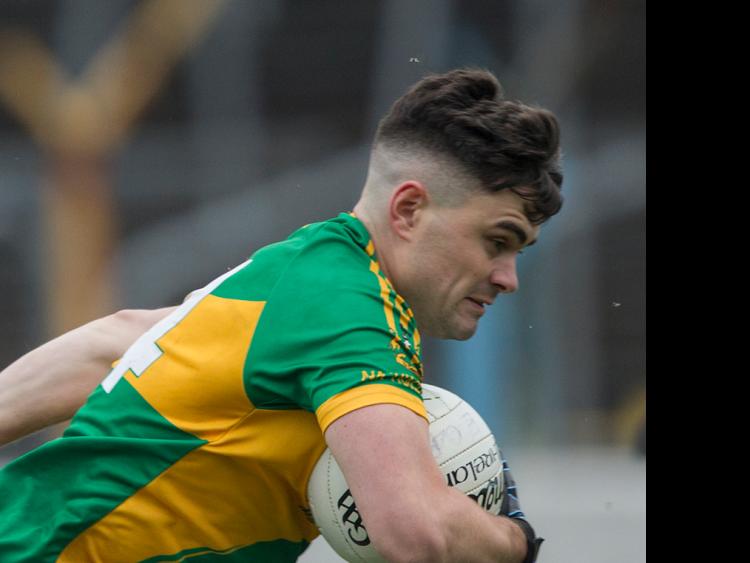 Clonmel Commercials retained the county senior football championship title for the first time since 1990 when they beat Loughmore/Castleiney by a point after a classic final at Semple Stadium today, Sunday.
It was the Clonmel team's third title in four years but spare a thought for Loughmore/Castleiney. After losing the hurling final the previous weekend to Kiladangan, this was their second county senior final defeat by a point in the space of a week.
Loughmore made an immense contribution to one of the best county football finals in years.
They had a mountain to climb when they trailed by six points at the midway stage, but although the odds were stacked heavily against them they typically staged a tremendous fightback to throw the game right back into the melting pot.
Conor McGrath reignited their challenge with a goal two minutes into the second half, and a point from Liam Treacy offered them further hope.
Jason Lonergan opened Commercials' second half account with a point from a difficult angle after Michael Quinlivan's effort had been pushed onto the post by Loughmore goalie Shane Hennessy.
However Loughmore were dominating at this stage and their recovery was completed by Evan Sweeney's 44th minute point, which had the teams level for the fourth time.
The scores were to be tied on two further occasions before the end. Commercials spent most of the second half looking nervously over their shoulders, as Loughmore were breathing down their necks and threatening to overhaul them.
However a spectacular goal from man of the match Michael Quinlivan, when he took a pass from Seamus Kennedy and turned on the afterburners to glorious effect, running half the length of the pitch and racing away from the Loughmore cover before planting a shot in the net in the 54th minute, was just the tonic they needed.
It was still anyone's game (1-15 apiece) as the end of normal time approached, with the tension having been raised several notches through the course of a gripping contest.

But Commercials never flinched under the intense pressure, and Jack Kennedy took a pass from Ryan Lambe to kick the match-winning point from distance.
They might have had another goal before the final whistle when Jason Lonergan and Michael Quinlivan had the goal at their mercy on a breakaway but the ball bounced off Quinlivan and wide.
Commercials had outstanding performances from Michael Quinlivan, Jason Lonergan, Seamus Kennedy and Jack Kennedy while Padraic Looram, Conal Kennedy, Ryan Lambe and Ross Peters were others who made valuable contributions.
Loughmore gave it everything and the performances of main man John McGrath, as well as Conor Ryan, Joseph Nyland, substitute Lorcan Egan and the evergreen Evan Sweeney were typical of their lionhearted spirit.
Commercials led at the break by 0-13 to 0-7, although the early moments offered no clues that they would hold a 6-points advantage at the break.
This was Loughmore's 11th successive weekend playing either hurling or football but they showed no ill effects from that draining schedule when the game started.
Conor Ryan gave them the lead after a minute and Ciaran Connolly doubled the advantage after another patient move created the opening.
Joseph Nyland's point meant that they led by 0-3 to no score after 5 minutes. However Commercials restored parity with three points on the bounce, the opener coming from Jason Lonergan.
Jack Kennedy struck the second from a free and Seamus Kennedy supplied the equaliser with a mighty point when he played a one-two with Ryan Lambe.
The sides had been level three times when they broke for water (0-5 each), but there was a noticeable shift in momentum when the game resumed.
Jason Lonergan's free nudged Commercials ahead and as Michael Quinlivan, Seamus Kennedy, Padraic Looram and Jack Kennedy really began to stretch their legs they hit a further five points without reply through Sean O'Connor's free, Colman Kennedy, Seamus Kennedy, Jason Lonergan and another Sean O'Connor free.
Aidan McGrath ended Loughmore's scoring famine with their first point in 12 minutes, but with six points separating the sides they had a tough task ahead in the second half, although it was one they tackled with relish.
Clonmel Commercials: Michael O'Reilly, Jamie Ahearne, Liam Ryan, Jamie Peters (captain), Kevin Fahey, Seamus Kennedy (0-2), Padraic Looram, Conal Kennedy (0-1), Jack Kennedy (0-2, 1 free), Colman Kennedy (0-1), Michael Quinlivan (1-1), Ross Peters, Jason Lonergan (0-5, 2 frees), Sean O'Connor (0-3 frees) and Ryan Lambe (0-1).
Substitute: Cathal McGeever for Conal Kennedy (53 minutes).
Loughmore/Castleiney: Shane Hennessy, Eoin Ryan, Brian McGrath, John Meagher (captain), Willie Eviston, Aidan McGrath (0-1), John Meagher (captain), Joseph Hennessy, Noel McGrath, Joseph Nyland (0-2), Evan Sweeney (0-2), Ciaran McGrath, Ciaran Connolly (0-1), Conor Ryan (0-6, 4 frees), John McGrath (0-2) and Conor McGrath (1-0).
Substitutes: Liam Treacy (0-1) for Ciaran Connolly (30 minutes) and Lorcan Egan for Eoin Ryan (35 minutes).
Referee: Sean Peters (Aherlow).