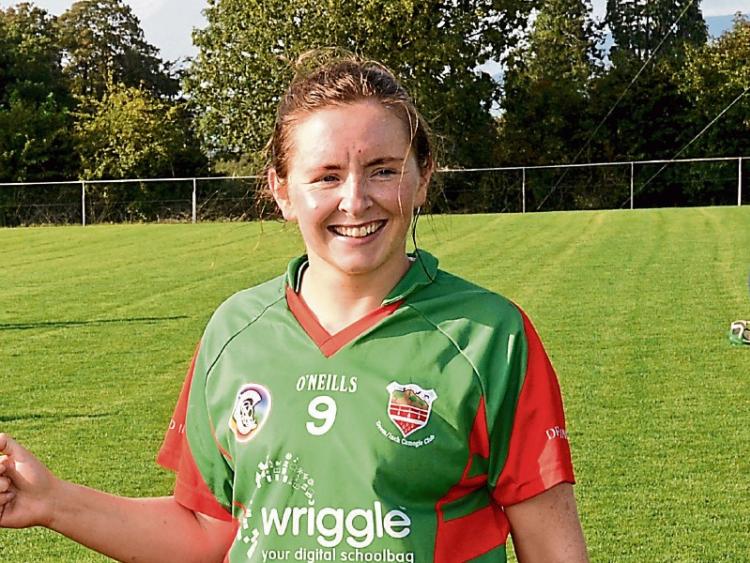 Last year Drom beat the Cork champions Sarsfields Glanmire in the Munster semi-final before losing out in the Munster final to Clare champions Scariff. There are new county winners in Cork, Clare and Limerick so Drom will be very focused on going a step further this year.

Drom last secured a Munster title in 2011 and followers of Tipperary camogie will be hoping they can bridge that gap.

The Sars will play the October 4 winners of Gailltir-Waterford and Enniskeane - Cork on October 11.

Boherlahan started this game with two early points but a long-range goal from Fethard put them into the lead briefly until a super Sharon O’Reilly groundshot rattled the Fethard net.

Fethard were causing Boherlahan problems in attack, with Lucy Spillane running at their defence and having a great tussle with Sarah Delaney, Boherlahan’s centre back.

In the second half both sides had an extra defender, with Fethard bringing back their corner forward and Carrie Davey swept up many Boherlahan attacks.

When Fethard were on the attack they found that Leah Kavanagh and Sarah Delaney were regularly there to clear their lines for Boherlahan.

A long-range Ali Connolly point put Fethard right back in the game, but points by Leah Baskin and Mags Fryday kept Boherlahan ahead to the final whistle, with absolutely nothing between these two teams at times.

Cahir chose not to field for this final because they did not wish their dual players to play twice last weekend. Knockavilla were awarded the match and are promoted to the intermediate ranks for 2021.

Brian Borus went several points ahead before a goal before half-time saw Templemore narrow the difference to Brian Boru 0-8 to Templemore’s 1-2 at the break.

The third quarter saw Templemore play their best camogie, with Ruth Butler playing well at centre back and wing-back Niamh Dunne also starring in a dominant Templemore half back line.

Brian Borus' Aishling Ryan gave the Templemore defence lots of problems but they held out for a two-point victory.

An injury-hit Moycarkey side were no match for this Ken Hogan-trained Lorrha side. Clodagh McIntyre at centre forward had a big impact on the game with her lightning pace and points from play.

Celine Cleary also was unerring from frees for Lorrha. Lorrha have been knocking on the door for several years, hoping for a Junior B county title and like Thurles Sarsfields in Intermediate, they will feel this is their year.

It was a great weekend for our U-12 girls from around the county, with some much anticipated match-ups and we were not disappointed.

We had high drama in Ballycahill, with two draws after extra time when Knockavilla and Shannon Rovers could not be separated after extra-time and then sudden death 45s, so they must do it all again this weekend.

It was the same for local rivals Moyle Rovers and Fethard in their decider, with nothing between the teams, so it’s another replay next  week.

Tipperary Senior Camogie have had challenge games against Cork and Kilkenny in the past week. Kilkenny were far too strong for the Tipperary side, which had several intermediate panelists on trial and many regulars unavailable.

Tipperary Under 16 A management had a final trial in Clonoulty with the final panel chosen, and training commenced in Dolla on September 27. Tipp will play Clare in the Munster Shield on October 24.

Tipperary Under 16B will play Limerick in the Munster final on October 24.

Tipperary Minors will play away to Waterford in the Munster Championship first round. Their All Ireland has been abandoned due an Ard Chomhairle decision during the Covid-19 lockdown.

Tipperary Under 14s had productive matches in both Clonoulty and Holycross, drawing in Holycross and winning well in Clonoulty against Limerick.

Tipperary Under 15 Development Squad have commenced training on Tuesday evenings in The Ragg. This squad have entered the Munster Round Robin competition.