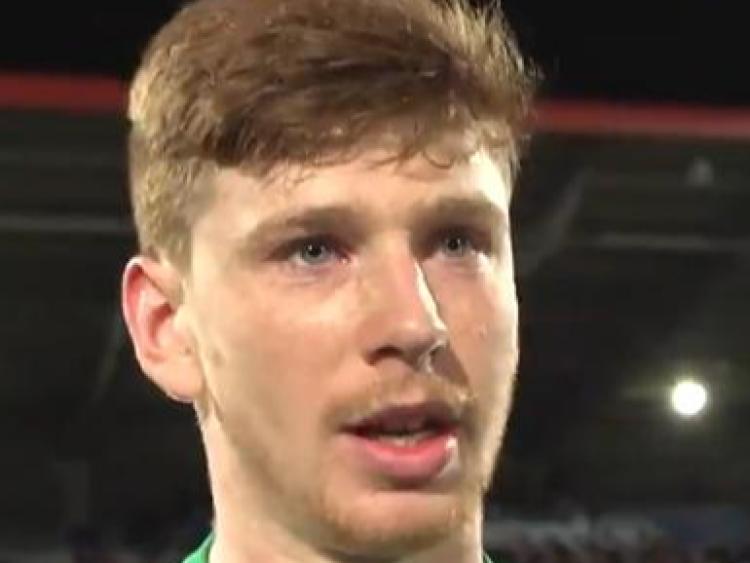 Tipperary's Ben Healy secured a dramatic victory for 14-man Munster over Scarlets on the opening day of the Guinness Pro14 League at the Parc y Scarlets in Llanelli, Wales on Saturday afternoon.

Munster looked to be heading for defeat when captain Peter O'Mahony was sent off in the 68th minute after picking up two yellow cards.

However the visitors summoned some of their famous resilience and spirit in the closing stages to return home with maximum points.

Leigh Halfpenny had kicked nine penalties to break Scarlets' record for most penalties in a match, surpassing the previous mark of eight set by Stephen Jones and Byron Hayward, and his efforts appeared to have condemned Munster to defeat.

However Munster Academy out-half Ben Healy kicked an excellent 50-metre penalty to win the game in the final play after an outstanding final 12 minutes that saw Chris Farrell and Kevin O’Byrne score tries, with Healy landing both conversions and the match-winning penalty.

21 year-old Healy, who is from Rapla, near Nenagh, had been introduced as a 52nd minute replacement for JJ Hanrahan and left a huge imprint on the game, as Munster claimed a memorable win.

Healy was on the Irish team that last year won the U-20 Six Nations and Grand Slam. He previously played for Kilruane MacDonaghs GAA club and also lined out for Nenagh Ormond rugby club.

Munster entertain Edinburgh at Thomond Park next Saturday night in the second round of the Guinness Pro14.