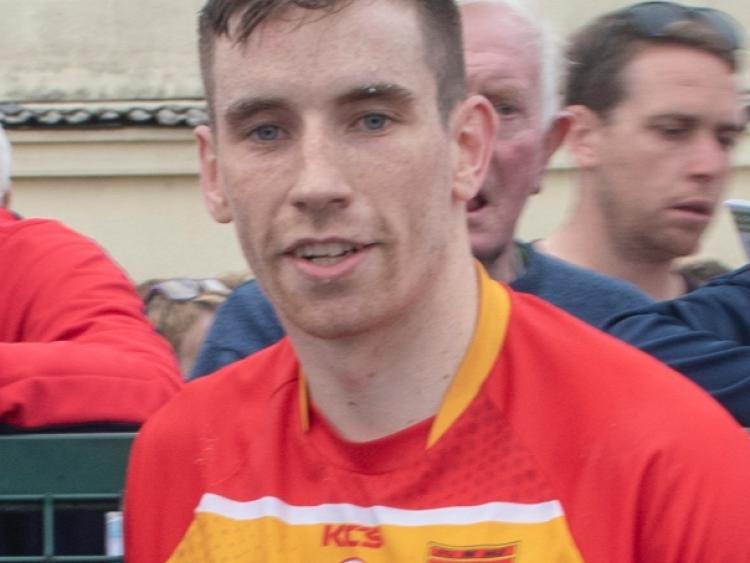 They looked in danger of blowing their chance to reach the final by posting so many wides, but Killenaule eventually regained their composure to close out victory in Saturday's Clonmel Oil south senior hurling championship semi-final at Monroe.
The Robins struck no fewer than 17 wides, ten in the first half, but still had enough in reserve to quell St. Mary's' spirited second half fightback.
Killenaule looked to be coasting towards a relatively comfortable win and a stress-free run to a final showdown with Carrick Swan when they led by seven points eight minutes into the second half. Ciarán O'Dwyer pointed a great sideline ball to give them that 1-10 to 0-6 advantage and at that stage they were the more assured side.
However St. Mary's were in no mood to capitulate. They scored the next five points to reduce the arrears to just two, and give themselves a fighting chance of snatching victory. Jamie Peters got the ball rolling with a great long-range effort, while Gearoid Buckley converted two frees before the second water break.
As the intensity of the exchanges increased, Gearoid Buckley found the target from another free, this one from a few metres inside his own half. And when the busy Sammy Ryan supplied captain Richie Gunne with the pass for their fifth point on the bounce a few minutes from the end of normal time, they had Killenaule nervously looking over their shoulder.
However the evergreen Declan Fanning, who had been introduced as a half-time substitute, relieved the pressure on The Robins with a point - their first score in 18 minutes - and when Gus Browne followed up with another point they looked safe.
The hard-working Michael Murphy responded with a great point from near the sideline, although St. Mary's race was run at that stage. Killenaule's Killian O'Dwyer was red-carded for a reckless pull across Sammy Ryan, but Gearoid Buckley sent the resulting free wide and Darragh Fitzgerald put the seal on Killenaule's win when he converted a late free.
Killenaule were ahead by 1-7 to 0-3 at the midway stage but they could have been practically out of sight had they converted all of their chances in the opening period, when they played with the assistance of the breeze.
The only goal of the game, which came in the 23rd minute when Ciarán O'Dwyer caught the Clonmel team's defensive wall by surprise from a 21 metres free, was worth its weight in gold to Killenaule and always allowed them some breathing space, especially when they encountered some sticky moments near the end.
They had threatened a goal even before Ciarán O'Dwyer found the net, when St. Mary's goalie Micky Boland made a fine block from Thomas Keaveney's effort, while an earlier Killenaule attack, in the sixth minute, ended with the ball flashing wide across the face of the goal.
Darragh Fitzgerald and Ciarán O'Dwyer supplied Killenaule with great momentum at midfield, while captain Joe O'Dwyer was as solid as a rock at centre back.
Gus Browne impressed at wing forward while Eoin Barry swung over a couple of smart points in the first half. In defence, meanwhile, Liam Meagher and Paddy Codd were always vigilant.
Significantly, their goal was never threatened by St. Mary's, and you always had the feeling that the Clonmel side needed a three-pointer to entertain any thoughts of victory. They over-relied on freetaker Gearoid Buckley for scores in a contest in which both sides were deprived of the services of key players because of their county commitments - Seamus Kennedy and Jason Lonergan for St. Mary's; and John O'Dwyer and the Feehans, Paudie and Jimmy, for Killenaule.
The Clonmel team started brightly and the teams were level three times in the early exchanges. Two of the St. Mary's points came from Gearoid Buckley frees, with Gus Browne, Darragh Fitzgerald and Eoin Barry on the mark for Killenaule.
However after Richie Gunne had St. Mary's third point in the 14th minute, the scores evaporated and they didn't raise another flag until the third minute of the second half. Eoin Barry had a point for Killenaule before Ciarán O'Dwyer found the net, although St. Mary's were unhappy with the awarding of the free that led to the score.
Darragh Fitzgerald, Ciarán O'Dwyer (from another free) and Gus Browne added Killenaule points before the half-time whistle, although the St. Mary's defence - especially Tadhg Condon, Paul Nolan, Liam Ryan and Joe Gunne - had worked overtime to keep both the Killenaule attack at arm's length and their team in the game.
Richie Gunne, Ross Peters (in the first half) also tried hard for Mary's, whose long wait for an appearance in the south senior final will be extended to a 33rd year.
Killenaule, meanwhile, can now prepare for next Saturday's final against Carrick Swan.