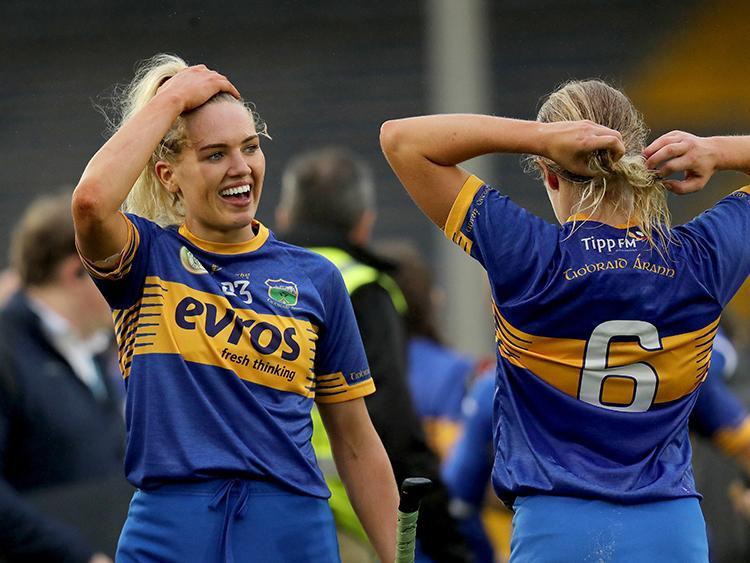 The game takes place in Cork on Saturday

Group 3 table toppers Tipperary will face Waterford in the Liberty Insurance All Ireland Quarter Final at 2.45pm in Pairc Ui Chaoimh on Saturday next  November 14th.

Waterford easily beat promoted Westmeath to qualify for the ‘quarters’ with their star player Beth Carton accounting for 1-14 of their tally.
Tipp will be happy with their performances in the round robin matches where a first half wind-assisted blitz of scores saw off Clare and an efficient display versus Dublin earned Tipp their place in the last 6.

Tipp defenders have been very commanding with Niamh Treacy and Karen Kennedy alternating between their centrefield and centre-back roles and Clodagh Quirke and Aoife McGrath forming a solid half back line.
Orla O'Dwyer has recently flown out to Australia to renew her Australian Women’s Football League professional career and Aisling Moloney will be suspended for the Waterford but management will also be worried about a knee injury Aisling received in their Ladies Football tie v Monaghan.

Cait Devane, Grace o Brien and Roisin Howard are scoring freely this season so Tipperary have various options up front. Debut keeper Aine Slattery has impressed in goals and her huge puckouts and clearances have been a feature. Possibly the fleet-footed Eimear Loughman will be given the 1:1 marking task on Beth Carton and we recall Waterford were very close to Tipp until a late goal in last years quarter final in the same venue.

At this stage last year, Tipperary beat Limerick in the Quarter final and Waterford gave 2019 champions Galway a real scare before Galway triumphed. Tipperary were subsequently beaten in the semi-final by Kilkenny in the Gaelic Grounds.
Tipperary had a super win against Galway in the Littlewoods Ireland National League and had qualified for our first National League final in over a decade. This final was cancelled due to Covid 19 Restrictions when the Camogie Association restructured their fixtures to Tipperary’s huge disappointment. Tipperary and Waterford have developed a little rivalry since last year as our Round Robin game v Waterford was abandoned due to a serious player accidental injury and Tipperary went on to beat Waterford in Nowlan Park in the re-fixture.

Tipperary will need to start well and will look to Mary Ryan to command the full back line. It will also be important to get on top at midfield and hope for big games from wing forwards Ereena Fryday and Nicole Walsh to keep possession in the Tipperary attack. Apart from top scorer Beth Carton, Waterford have key players in Niamh Rockett and Lorraine Bray. At 1pm, in a double-bill, Cork take on Clare in the first quarter final and will be hot favourites to progress. Two fabulous sideline cuts from Galway’s Rebecca Hennelly saw Galway nudge out Cork for a straight semi-final spot. After semi-final defeats to Cork and Kilkenny in 2018 and 2019 respectively Tipperary would love to reach this year’s All Ireland Final. Both games are ‘live’ on RTE on Saturday.