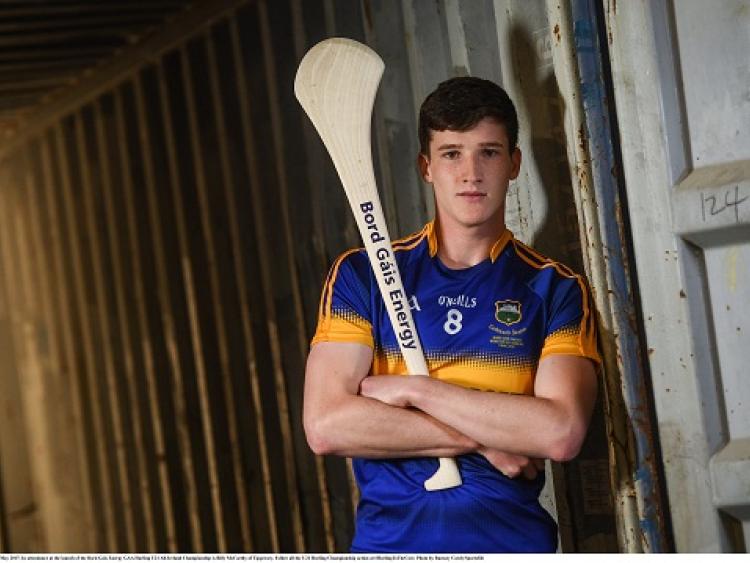 McCarthy, who is in recovery mode having suffered a cruciate knee ligament injury with his club during the 2020 season, having just returned from two previous horror knee injuries, is one of the standout inclusions, alongside Roscrea's Alan Tynan, Cashel King Cormac's Eoghan Connolly and Kildangans James Quigley.

McCarthy had been so impressive for Sarsfields as they marched through the initial stages of the championship in emphatic fashion and it seemed as though he would reveive a call-up for the inter county campaign which began in November. But, he picked up the ACL knee injury against Moycarkey Borris and his loss was very severely felt for the following Nenagh Eire Og game which saw the Blues flop completely as the north men blitzed them.

Billy had further surgery and is working extremely hard to strengthen the knee and make a full recovery again. His efforts have been rewarded with being given a chance to show what he, alongside all of the other members of the squad, can do.
The Tipp senior hurling management team have stressed that this is a training panel only and is subject to change before, during and after the the league campaign - should there be one- and also before and during the championship campaign, which will see Tipperary endeavouring to make-up for a disappointing season in 2020 when just one championship game ended with a positive result - a fact which really hurt the players and management alike.

Roscrea's Alan Tynan comes into the panel having spent some time with the Leinster rugby academy. The dual minor star is very highly regarded as a ball winner with plenty of hurling in his locker too and there is much excitement about his inclusion, which comes at the expense of the Tipperary footballers - Manager David Power had included him in the football training squad also, but Tynan elected to go with the hurlers when called up by Liam Sheedy.

The training panel for 2021 is as follows:

We wish them and the management team well as they set about their task.