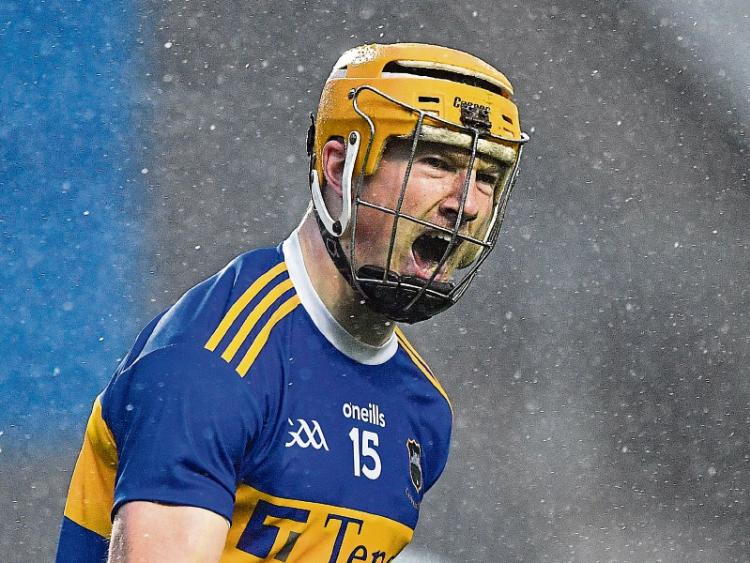 Tipperary’s Jake Morris has been nominated for the PwC GAA/GPA Young Hurler of the Year Award. Picture: Daire Brennan/Sportsfile

One hundred years is a neat, rounded figure, so centenaries have always been marked as watershed moments, a time when we pause and stare into the rear view mirror of history.

We’ve had many such centenary commemorations in recent years, as we remember the birth pangs of our state a century ago.

The GAA, of course, has been part of the recall, highlighted by the Bloody Sunday commemorations just recently concluded. For Tipperary, events had a particular significance because of the county’s central role on that awful day in Dublin on November 21 1920.

Tipperary played the leading role in the commemorations and people like Seamus McCarthy and his committee deserve acknowledgment for the manner in which events were carried off. The replica jersey was a masterstroke and everything was done in a dignified manner, as befits the remembrance of such a tragic day in our country’s history.

That is important, because there are elements who would willingly hijack the event for their own narrow political purposes.

I was looking back recently at Canon Fogarty’s famous county history, Tipperary’s GAA Story, published in 1960. The good Canon, I suppose, was a man of his time but his description of Bloody Sunday makes strange reading today.

“In the early hours of that Sunday morning the terrorist element in the British Secret Service had a taste of the efficiency and determination of the IRA when fourteen of their officers were shot in their hotels.”

It reads more like propaganda than a history text. Thankfully things have moved on and recent commemorations had a dignified, respectful tone.

As a sidebar could I highlight a book that to my mind has not received the attention it richly deserves. Des Marnane is one of our foremost historians who has produced many acclaimed books on local topics. In 2018 he launched The 3rd Brigade, a history of the volunteers/IRA in South Tipperary 1913-1921.

Essentially, it’s a detailed history of the War of Independence in Tipperary. Stretching over 550 pages,  it tracks all the social and political developments of that revolutionary period, and does so in forensic detail.

It’s a must read for anyone interested in these events, especially anyone native to the area for whom names and townlands will immediately resonate.

Much of this history is shrouded in mythology, so I love the way Des interrogates the facts, always drilling down in search of the truth. With a slightly sardonic tone he chips away at many popular perceptions and gets to the core of events.

I have no doubt it will stand the test of time as the definitive history of this period.

Sadly, it’s a book that has not received the recognition it deserves, perhaps because it doesn’t suit the agendas of some people. For me it’s an outstanding achievement, the best non-fiction book I have read for many moons.

Anyway, end of digression. 1920 was Tipperary’s last great hurrah in football when the county won its fourth (and last) All-Ireland title. There was a marvellous historical symmetry then in the way the present footballers left their mark on 2020 with that Munster win after an 85-year break.

The upshot is that the county has four All Star football nominees as opposed to two in line for hurling selection.

Above: Tipperary footballers Bill Maher (left) and Conor Sweeney are among four players from the county who have been nominated for All Star football awards

Kevin Fahey, Bill Maher, Colin O’Riordan and Conor Sweeney won recognition for their contributions to Tipperary’s journey to the All-Ireland semi-finals. Being shortlisted among the 45 best footballers for the year is major acknowledgment in any player’s career. Conor Sweeney has possibly the best chance of becoming the first Tipperary football All Star since Michael Quinlivan in 2016.

On the hurling side just two Tipperary players – Ronan Maher and Michael Breen – are listed among the 45 nominees. It’s as much as we could expect, given the poor year we endured both in league and championship. It’s unlikely either will make the final fifteen.

You may recall following the All-Ireland hurling final The Sunday Game panel selected its team of the year and included a strange innovation by having three midfielders and just five forwards.

The official All Star format is back to the traditional line-up, though they have tweaked matters as well by nominating Cian Lynch for midfield, despite the fact that he played centre forward in the championship.

I suspect there won’t be much difference between the All Stars and The Sunday Game fifteens, though the juggling of positions mentioned above may have consequences.

The Sunday Game had Jamie Barron at midfield, alongside Tony Kelly and Cian Lynch, but the latter two are probably favourites to win out under the All Star system. That might rule out Barron but would then create space for another forward with perhaps players like Dessie Hutchinson, Austin Gleeson, Brian Concannon and others coming into the reckoning. We’ll see.

Jake Morris is nominated for young hurler of the year alongside Kilkenny’s Eoin Cody and Waterford’s Iarlaith Daly. The latter, incidentally, has strong Tipperary roots, his mother being a sister of Jerry and Timmy Stapleton of Borris-Ileigh.

The major news with the Tipperary panel is the drafting in of Roscrea’s Alan Tynan in a move that has raised a few eyebrows. Tynan was a dual player in 2015, when both minor selections were unsuccessful in All-Ireland finals. It was a year of major – and ultimately self-defeating – overlap between the panels, a lesson not lost on Liam Cahill.

Thereafter Alan Tynan switched attention to rugby, where he made significant progress with the Munster academy before eventually being released.

He’s a grandson of Joe Tynan, a name that older readers will readily recall from Roscrea’s golden era in the late sixties and seventies and there are likewise close ties to the England family, Alan being a nephew of Liam England.

As a minor he would certainly have been seen as one with major potential but missing out on his most formative years - the lost years if you like - leaves people wondering if he can make up ground now. He played with Roscrea last year and obviously impressed Liam Sheedy enough to get the call.

His defection to the hurlers after being in line to join the footballers will be a blow to David Power and colleagues.

On local radio recently Martin Quinlivan was bemoaning the perception of the footballers as failed hurlers (his words). There was also a suggestion of subtle (and maybe not so subtle) influence being used to steer players away from football.

It’s a common enough theme with some, though usually with a Trumpian lack of evidence to back it up. I really wish people would stop using this line when actually their gripe is that hurling is the dominant sport in the county.

Players vote with their feet in Tipperary, as elsewhere in the country. Nobody twisted Seamus Kennedy’s arm, or John Meagher’s, or Steven O’Brien’s, or a host of others who at some stage gave hurling a turn.

It’s the same dynamic that has Con O’Callaghan playing football for Dublin rather than hurling. It’s simply the reality in Tipperary that given a choice, players will opt for the dominant sport. Get over it.

On a separate issue I wrote recently about the abuse of the handpass rule in hurling and in particular the campaigning of former Tipperary full back, Conor O’Donovan, on the issue. Conor’s solution is to insist that the ball is released by one hand and then struck by the other.

It’s a suggestion he’s been putting forward for some time but so far it has failed to gain traction. Recently we heard about a raft of rule changes being considered by Croke Park but yet there wasn’t a mention of the hurling handpass.

It’s amazing that the thrown ball has become an absolute blight on the game, yet there’s no appetite to address the issue.

My initial reaction to Conor O’Donovan’s proposal was one of scepticism. It seemed to me that the juggling of hands required in his suggestion was too awkward to be practical. I suspect that has been the general view, which may explain the lack of interest in his proposition.

However, on reflection (mature or otherwise) my view has since evolved and I think Conor’s proposal really does have the solution to this problem. Ultimately, he’s not banning the handpass but simply modifying how it’s executed in order to ensure that there is a clear striking action, as per rule.

On foot of my recent comments on the issue, Conor made contact over the weekend and we had a great discussion on all aspects thereof.

Interestingly he has extracted a series of video clips from recent inter-county games, showing players actually doing precisely what he proposes. Some of the clips show players handpassing off the hurley and others do the hand-switch seamlessly.

So, here’s the clincher: players are already doing, unprompted, what he’s proposing, so what’s the issue with making it general practice? It’s a solution, staring legislators in the face.