Bonus point increases Munster's lead at top of Conference B 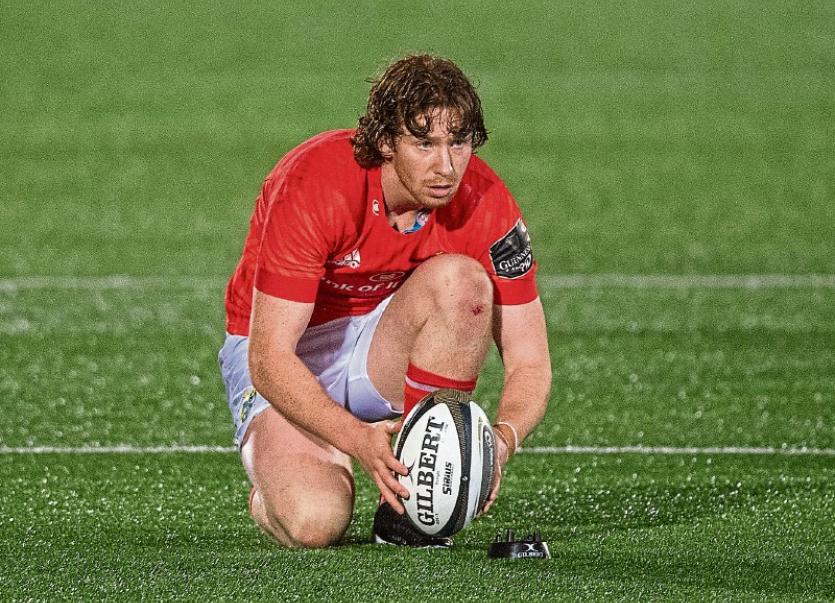 Ben Healy made an appearance from the bench in Munster's defeat by Leinster. Picture:Bill Murray/Sportsfile

The second half introduction of Ben Healy failed to prevent Munster from suffering a 13-10 defeat by Leinster in Thomond Park on Saturday night in rugby’s Guinness Pro 14 league.

The Nenagh player replaced JJ Hanrahan in the 53rd minute, but Munster failed to break down a resolute Leinster outfit in the closing stages.

Despite the narrow defeat, the losing bonus point saw Munster increase their lead at the top of Conference B to 12 points, although Connacht have a game in hand.

Head coach Johann van Graan said his Munster side were "incredibly frustrated" after failing to take their chances and falling to a fifth straight loss to Leinster.

"It was small margins, that ball hits the post on the stroke of half-time. We didn't convert that opportunity”, he stated.

"Credit to them, a special try, one of our guys slipped and the bounce goes their way. We came up against the champions tonight and we were literally a penalty away, which is incredibly frustrating. There’s a lot of hurt in the dressing room.

"We put our heart into it and came up short. We hate to lose but we were just one moment short of a victory. Fair play to Leinster."

Munster are back in action away to Benetton Treviso in Italy next Saturday at 5pm Irish time.