Fethard player has made full recovery from knee injury 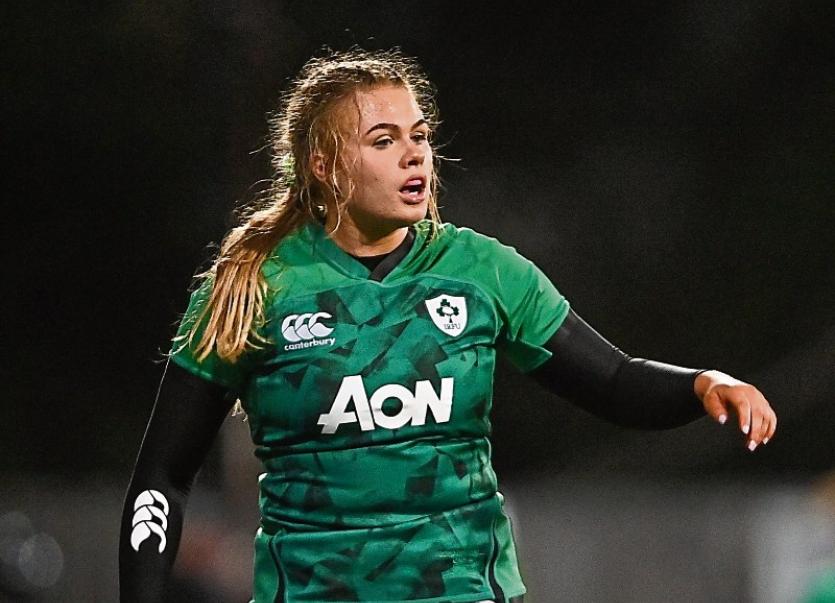 Dorothy Wall pictured during the women’s Six Nations rugby championship match against Italy last October, when she made her first start for Ireland and won her fourth international cap

Confirmation that the women’s Six Nations rugby championship will begin in April under a revised format for the Covid-affected campaign is music to the ears of Irish international Dorothy Wall.

Doubts had surrounded the possibility of the championship going ahead this year, but the announcement of the dates and format for the competition means that the players now have something to work towards and a target to aim for, says the Fethard woman.

“It’s great to have it set in stone,” she says.

Speaking shortly before an Irish training camp, and now fully recovered from a knee injury sustained before Christmas, she said it’s a case of “full steam ahead now” for the squad, with Ireland preparing to kick off the campaign away to Wales on the weekend of April 10-11.

“It will be different not having the championship running alongside the men’s Six Nations but hopefully there will be plenty of publicity around the games,” she says.

The championship will comprise two pools of three teams, with each team playing one home and one away fixture. Ireland’s second game is at home to France on April 17-18.

Once the pool round matches are complete, teams will face off against the opposing ranked team from the other pool in the play-offs on the weekend of April 24-25, when the tournament will be completed.

What’s less clear, however, is Ireland’s participation in the women’s World Cup, which will be held in New Zealand next September and October.

They were due to compete in the qualifier tournament last year, when they would have come up against Scotland, Italy and Russia or Spain. Should they come out on top, a place in Pool B of the World Cup alongside USA, Canada and an Asian qualifier awaits.

Even if they reached the qualifier tournament and lost, they would have another opportunity to book their ticket to New Zealand, as they would advance to a final qualification tournament against the runners-up from Oceania, Asia and the winners of a play-off between Kenya and Colombia.

While it remains to be seen when those games will be played, Dorothy Wall has adopted her own mindset on the situation.

“In my head the qualifiers are going ahead and the World Cup is going ahead and we’re going to a World Cup. That’s kind of my stance on it. I think if I waver from that it would be a bit difficult.

Daughter of Sophie and Anthony Wall, Dorothy made her international debut from the bench in the Six Nations win over Scotland this time last year.

She made two further appearances as a replacement before earning her fourth cap on her first start towards the end of last October, in the 21-7 win over Italy at Energia Park (Donnybrook Stadium), Dublin.

A radiography student at UCD, she is part of an amateur Irish team that competes against a fully professional English team and a semi-professional French side.

But speaking at the recent Tipperary Talks Sport webinar organised by the Tipperary Sports Partnership, she believes that Ireland are closing the gap on England and France.

“The likes of England and France, when you compete against these girls and they hit you, you are fully aware that this is their full-time job, they don’t mess around.

“I’m obviously very young and fresh on the scene. From what I’ve heard from previous years, where we are now is a lot more progressive than where we were before.”

She says that on the Irish team “there are teachers, doctors, I’m a student. Everyone is working away and training, which is fair enough.

“During my career - I’m 20 now, I don’t know how long I’ll be playing for - I would like to see the Irish team going professional before I’m finished, and sooner rather than later.”

Combining her university studies (which are now online) with the demands of training for two Irish teams, the full team and the sevens outfit, comes easily to Dorothy, who plays her club rugby with Blackrock.

“From first year in secondary school I used to get so stressed about Christmas and summer tests for no reason. My mother would always tell me to go training and do something, and get the endorphins going and come back with a fresh head. I have three brothers and we all kept up a lot of sport during our Leaving Cert.

“I don’t think it did any harm. The benefits outweighed the days of school we would miss.

“It makes you more productive, you have set times, you do your sport, you eat, do your homework and sleep.

“It kept me sane during the whole process.”

And her words of inspiration or motivation for young sportspeople?

“I would just say to enjoy it and keep doing it and bring your friends and keep going at it.

“You will lose but that’s part of life, you have to learn to take the knocks along with the good times.

“I actually think it’s really important for your development as a person to be able to lose, and be able to win and enjoy it all at the same time, so just stick at it.”