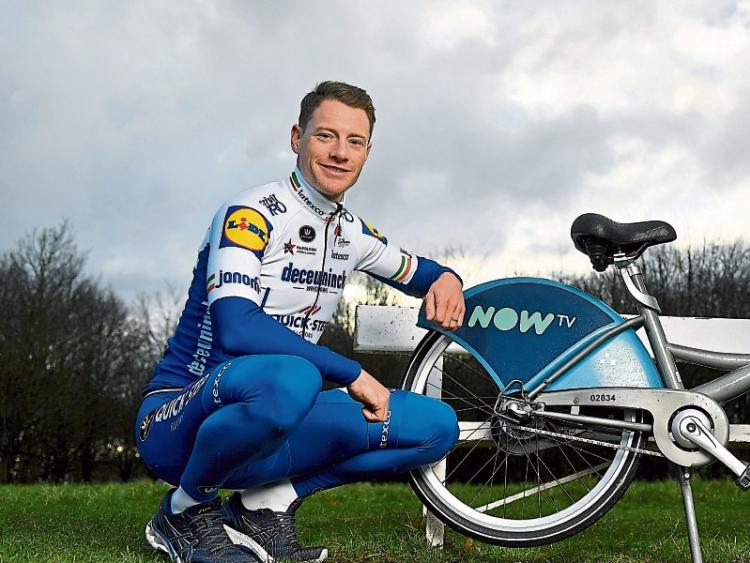 Sam Bennett had to settle for fifth place on the second day of the Paris-Nice cycling race today.

And while he has surrendered the leader's yellow jersey to Australia's Michael Matthews of the Bike Exchange team, he will wear the sprinter's green jersey on Tuesday's stage, as he leads the classification on 21 points.

The Carrick-on-Suir cyclist was affected by a crash about one kilometre from the finish at Amilly, and as a result was not in the best position to attack at the finishing line.

Dutchman Cees Bool from Team DSM secured the victory, while Michael Matthews took control of the overall lead, thanks to a third place finish and as a result of time bonuses that were acquired throughout the second stage.

Bennett shares second place on the overall classification in the Race to the Sun, four seconds off Matthews' lead, alongside Bool and Pedersen.

The third stage is a 14.4 kilometres individual time-trial in the town of Gien, located around 60 kilometres east of the city of Orléans.