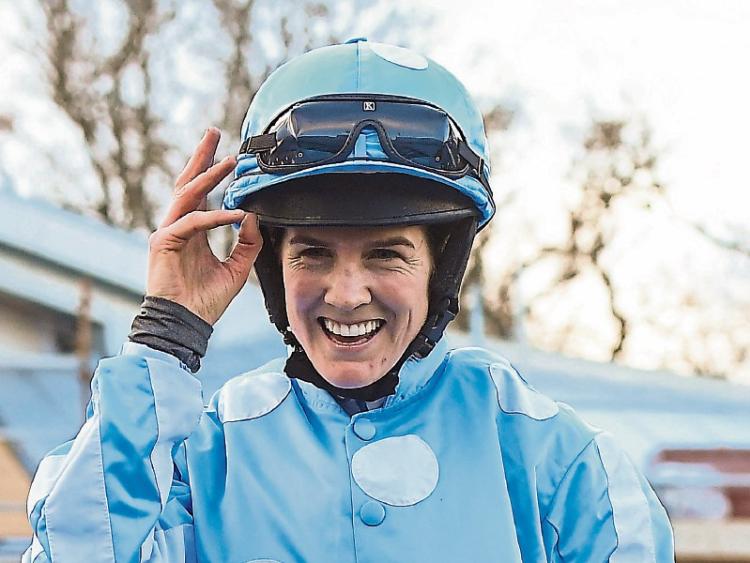 Rachael Blackmore is preparing to partner two of the leading fancies in the showpiece events at the Cheltenham horse racing festival.

The Killenaule jockey will ride Champion Hurdle favourite Honeysuckle on Tuesday, and A Plus Tard in the Gold Cup on Friday.

Blackmore partnered A Plus Tard to victory in the Close Brothers Novices’ Handicap Chase at Cheltenham in 2019 and when third in the Ryanair Chase at last year’s festival.

However, Doneraile, Co Cork jockey Darragh O’Keeffe was on board when the horse recorded his biggest success so far, in the Savills Chase at Leopardstown in December.

On that occasion Blackmore rode Minella Indo, who fell for the first time in his career when sent off the 5-2 favourite.

The Killenaule woman will also be aboard Honeysuckle, the unbeaten mare who has won all ten of her races and was a runaway winner of the Irish Champion Hurdle at Leopardstown last month.

Both horses are trained by Henry de Bromhead in Knockeen, near Tramore in Co Waterford, and the trainer recently outlined his plans for the festival.

“A Plus Tard was really good in the Savills Chase at Christmas. I am delighted with him. He had a hard enough race there so we decided to put him away for this.

De Bromhead reports Minella Indo, who was dramatically caught close to home by Champ in the RSA Insurance Novices’ Chase at last year’s festival, to be in good shape after finishing fourth to Kemboy in last month’s Irish Gold Cup.

“He is in mighty form now and loves Cheltenham - he comes alive over there and his record is brilliant,” he said.

“He has a real live chance. It was tough to get nabbed like he was last year by Champ, but that’s Cheltenham - these things happen and there is always drama.”

De Bromhead has also confirmed Honeysuckle as a definite runner in the Unibet Champion Hurdle, putting an end to speculation that she might be aimed at the Mares’ Hurdle (which she won last year) instead.

“She’s going for the Champion Hurdle. That’s the plan, she seems in good form and all is good.

“We were delighted with her at Leopardstown winning the Irish Champion Hurdle.

“She’s an amazing mare and we feel very lucky to have her.”

Rachel Blackmore will also feature in another of the festival’s biggest races, the Queen Mother Champion Chase, in which she’ll ride Notebook, one of two de Bromhead-trained horses alongside Put The Kettle On.

Notebook has performed poorly on his two outings at Cheltenham, but de Bromhead remains hopeful he can put the record straight.

“I suppose it would have to be now, in fairness. But he’s a very good horse,” he said.

31-year-old Rachael rode her first winner, Stowaway Pearl, as an amateur  for trainer John Shark Hanlon at Thurles  on February 10 2011, a win that  she has since stated gave her feelings of “shock, disbelief and joy.”

She had 11 point-to-point winners and seven winners as an amateur rider before turning professional in March 2015.

The daughter of Eimir and Charles Blackmore, she gained her first success in the paid ranks when Most Honourable, trained by Shark Hanlon, was a winner in Clonmel on September 3 of the same year.

She ended the 2018-19 season with 90 winners, easily securing the runner-up spot in the jockeys’ championship behind Paul Townend.

She finished third to the Midleton man in the 2019/2020 season, which was cut short by the Covid-19 pandemic.

A Plus Tard gave her the first of three Cheltenham Festival success when landing the Close Brothers Novices’ Handicap Chase two years ago. Henry de Bromhead’s five-year-old went off the 5/1 favourite and won by 16 lengths.

On the final day of the same festival, she gained her first Grade One success when Minella Indo landed the Albert Bartlett Novices’ Hurdle, as she became the first female jockey to ride a Grade One winner over hurdles at the Cheltenham festival.

It would be no great surprise if the partnership went one better by landing this year’s Champion Hurdle to write another significant chapter in her career.