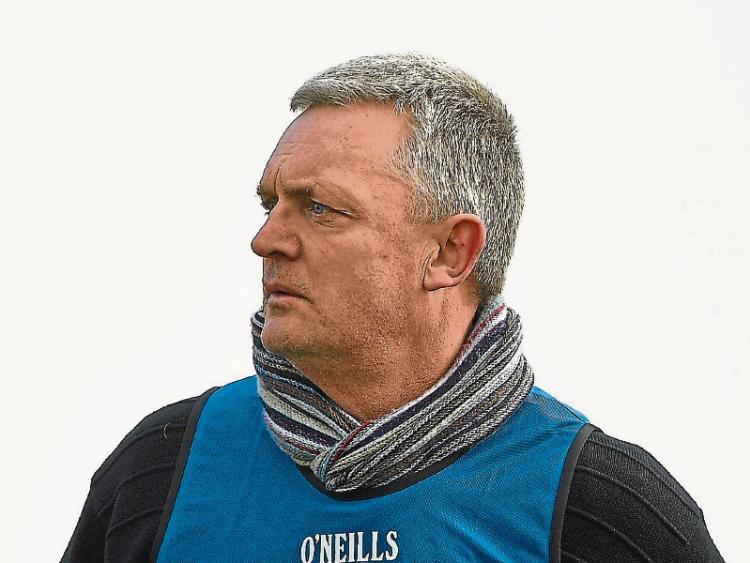 Club history can be traced back to 1886

The revival of Gaelic games in 1886 gave rise to three clubs in the parish of Lattin/Cullen; Lattin, Cullen and Shronell.

Given its rich cultural and nationalist tradition, the area west of Tipperary town was fertile ground for the spread of the GAA ethos.

The three clubs in the parish did battle with each other until the “one club one parish” rule in 1961 and Lattin Cullen GAA Club was established.

The club acquired its own field in 1949 and on March 24 1957 the official opening of the Canon Ryan Memorial GAA Hall took place. This was an outstanding achievement for the club, as the entire building works were completed voluntarily by committee members.

Lattin Cullen juvenile board was formed in 2000 and huge credit is due to Eamon Buckley for his dedication to juveniles in the early years. Eamon was a club official for numerous years and esteemed Tipperary County Board treasurer in recent times.

The club’s underage structure has enjoyed numerous successes in both disciplines down through the years. In recent years they have  joined with Aherlow and continue to encourage all juveniles to enjoy Gaelic games and have fun.

Each year very enjoyable Cúl camps are held at Easter and summertime.

Lattin Cullen Ladies Gaelic Football Association (LGFA) is a vibrant and active club since 2005, winning many accolades in all grades, including county titles and players have represented the club on Tipperary teams.

Over the decades, Lattin Cullen GAA Club has provided numerous wearers of the blue and gold, administrators at west and County board level and recipients of Laochra Gael awards.

The club is indebted to Jackie Hannon, a former player and longtime club official who compiled the book A History of Gaelic games in Lattin and Cullen 1886-2000.

This book covered in detail a history of the parish’s involvement in Irish games and activities including hurling, football, camogie, athletics, sports days, set dancing/céilí and Scór. It was only fitting that the sportsgrounds was renamed Hannon GAA Park in memory of Jackie’s brother Jimmy (RIP), a lifetime stalwart of the club as a player, mentor and administrator

Huge credit goes to  current treasurer Catherine Hogan, who has been a dedicated club official since 1994.

The club enjoyed great success in the late 1950s and 60s with eight west senior football titles over a 14-year period.

One of the great players of this team, Mick Byrnes played at full-back for Tipperary senior footballers and in 1969 he was awarded the Cidona award for Gaelic football by the Tipperary United Sports Panel.

These titles were made all the more special by the number of brothers, fathers, sons, uncles and nephews represented on these victorious teams including the Morrisseys, Maguires and Kielys. 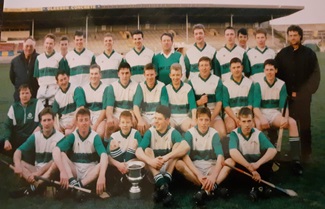 Above: The Lattin Cullen team that won the county intermediate hurling championship in 1996

Club development has continued over the years

The club has continued to work hard to improve and develop the club facilities.

Since 2000 an additional hall has been added to the existing hall, providing extra dressing rooms, shower facilities, meeting rooms and a kitchen/dining area.

Extensive work was carried out at the field and the club boasts a fully seated covered stand, electronic scoreboard, ball wall and an all-weather playing surface with floodlights.

A huge thank you is extended to everyone involved in the many exciting club developments undertaken in 2020.

Work started on the walkway on the pitch perimeter in July and finished with the lights being switched on in October.

The club is currently participating in the Irish Life GAA Healthy Club Steps Challenge and the GAA’s Ireland Lights Up walking initiative.

The walkway is hugely popular with all ages. 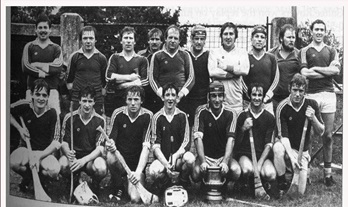 Above: The Lattin Cullen team that won the west intermediate hurling championship in 1983

It is an invaluable asset to the parish and has played a huge part in providing a safe and secure environment for people to exercise, while promoting the health and wellbeing of many in these challenging times.

In addition the club erected new goal posts and nets, installed broadband and a smart board that  will be a great asset for presentations, guest speakers and match performance analysis.

The 2021 project is to provide a fully-equipped gym.

Lattin-Cullen’s presence on social media outlets such as Facebook and Twitter continues to grow and the club published a newsletter in December.

All of this has kept people connected throughout lockdowns.

The club held its first-ever virtual AGM in December and in addition the Facebook page facilitates weekly streaming of weekend Mass.

During Covid lockdowns, the club played an active role in a local support network, providing support to people in the community by delivering their medicines/shopping etc. and being at the end of the phone for a chat.

For many years now, Lattin-Cullen GAA has made the  hall and kitchens available to all bereaved families within the parish for catering, prior to and after funerals, a service that is acknowledged, respected and greatly appreciated by everyone.

The  club has always been inclusive in the community and its facilities are actively used by Lattin Cullen seniors/juveniles LGFA; three national schools for games, concerts and fundraisers; primary/post primary schools matches at county and provincial level; a 45 drive, music classes and regular concerts for adults and minors by Comhaltas Ceoltóirí Éireann, Irish dancing classes and other events.

Fundraising and lotto are vital sources of revenue

Since the start of the weekly lotto in 2011, every jackpot won to date has been won within the Lattin/Cullen parish.

Due to pub closures the lotto was live streamed on Facebook every week.

Unfortunately, due to the ongoing Covid restrictions, the lotto ceased for a significant number of weeks in 2020 and has only recently resumed.

Last July the club launched the lotto online with ClubForce and it has proved to be a great success with locals home and away.

In 2015, 2017 and 2019 Lattin Cullen GAA held very successful fundraisers, showcasing the best of the parish’s dancing and talent skills under the scrutiny of celebrity judges.

All three events were held in Ballykisteen Hotel and were sellout shows.

The ongoing success of the lotto and the large fundraisers is due to the     dedication, commitment and enthusiasm of the promoters and sellers, in conjunction with the support of the Lattin/Cullen community and adjoining parishes.

Unfortunately, the club was unable to hold any club fundraising event last year due to restrictions and lockdowns. However, they held a hugely successful socially distant Family 5k Walk/Run/Cycle last June.

This raised over €5,000 for South Tipperary Hospice Movement and it was great to see participants’ videos and pictures posted on the club’s social media outlets.

Nicky English was All-Ireland winner on and off the field

Nicky is without doubt the most prolific clubman, having won every honour as a Tipperary player and manager.

His numerous awards included six All-Stars, Tipperary Cidona Awards, man of the match, Hurler of the Year 1989, corner-forward on the Tipperary hurling team of the Millennium and many more.

Despite all of this acclaim, he never forgot his roots and played hurling and football for the club for over twenty years until his retirement in 1999 due to injury.

Nicky was manager of the Tipperary senior hurling team from 1998-2002 and led them to two National Leagues, one Munster championship and one All-Ireland title.

Michael (pictured above) played junior and senior football and intermediate hurling for Tipperary.

He has held many esteemed administration positions, starting as club secretary in 1967, club chairman, secretary and chairman of the west board, chairman of the County Board 1991-1993 and Central Council representative.

In 1999 Michael was honoured to be named as the life president of the west board.

Currently his son Gerry and daughter Sinead are chairman and secretary of Lattin Cullen.

George (pictured above) made his debut as a referee in 1962 and 1979 was the high point in his referring career as he took charge of the Munster minor football final, the National Hurling League final, the All-Ireland hurling club final and the All-Ireland senior hurling final.

He travelled to America in 1983 with the All-Stars and was referee for games in New York and San Francisco.

In 1985, he was referee again for the All-Ireland senior hurling final.

George played an active role as a club official, with roles as chairman and secretary for many years and he was vice chairman and chairman of the West board.