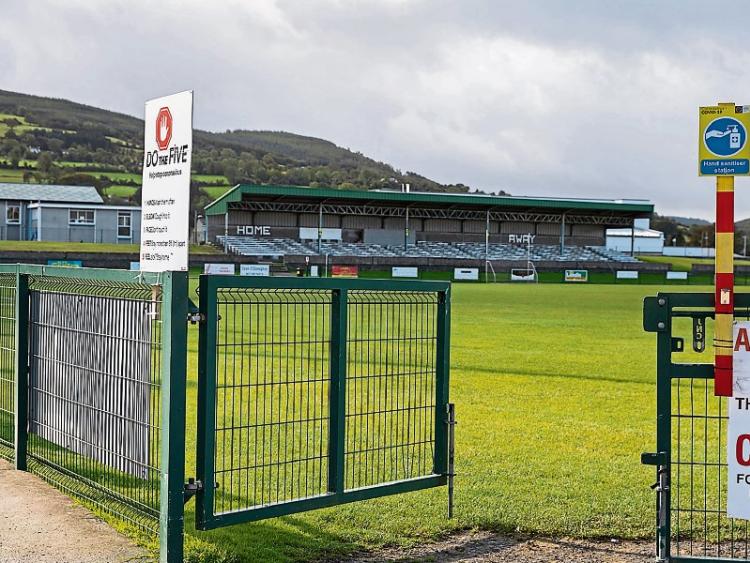 GAA grounds across the country, such as Clonmel Sportsfield (above) will be reopening their gates in the coming weeks and months

The GAA community is waiting with bated breath for the announcement of this week’s fixtures plan, with growing speculation that the national leagues could commence on the second weekend of May.

With the return to training for senior inter-county teams scheduled for Monday week, April 19, that would allow for a three-week lead-in if action is to resume on the weekend of May 8-9.

What does appear certain, however, is that the leagues will go ahead. Any notion that they would be abandoned in favour of resuming senior inter-county games with the championship later in the spring seems to have been dispelled, with the financial commitment of insurance company Allianz a major consideration in the decision.

It has been reported that division one and two hurling counties are in favour of a minimum of five games in the league.

The possibility of league games being played midweek has also been touted, as has structuring the competitions  on a regional basis because of the time constraints involved  and to reduce travel during Covid-19.

Despite the tightness of the schedule, the intention is to give counties a 13-day break between the end of the leagues and the beginning of the championship.

Once the leagues have concluded, it’s expected that the championships will commence in late June or early July, possibly using the same formats as last year.

This would mean the Sam Maguire Cup being played as a knockout competition and the Liam MacCarthy Cup featuring qualifiers.

The GAA’s Covid-19 advisory group, Central Competitions Control Committee and management committee will all convene virtually this week before a formal schedule is ratified.

Outside of senior inter-county, however, there is still an amount of uncertainty surrounding many of the GAA’s other competitions.

The 2020 minor hurling and football and under-20 hurling competitions still have to be completed, with a question mark hovering over whether the 2021 versions of those championships will be played this year.

Several counties have also underlined their determination to finish their 2020 club campaigns.

Once the senior inter-county calendar is published, it will then be a case of deciding how to accommodate underage competitions, club championships and outstanding fixtures.

It is accepted the provincial club championships are likely to go into January 2022.

The original master fixtures list had only the 2021 All-Ireland club finals taking place at the start of 2022.

Underage GAA players will be allowed return to non-contact training on April 26.

Return to play and overall safety protocols will also be foremost in everyone’s minds in the coming weeks, as up to 700,000 members of the GAA (a half a million of whom are active players) prepare for a long-awaited return to activity.

GAA president Larry McCarthy and director general Tom Ryan have also stressed the need for compliance with the regulations.

“It is more important than ever that no collective training sessions are held between now and the Government indicated return dates.

“Breaches in this context will not only be dealt with under our own rules but would likely put the broader plan to return to activity in serious jeopardy,” they stated in correspondence to county and club secretaries.