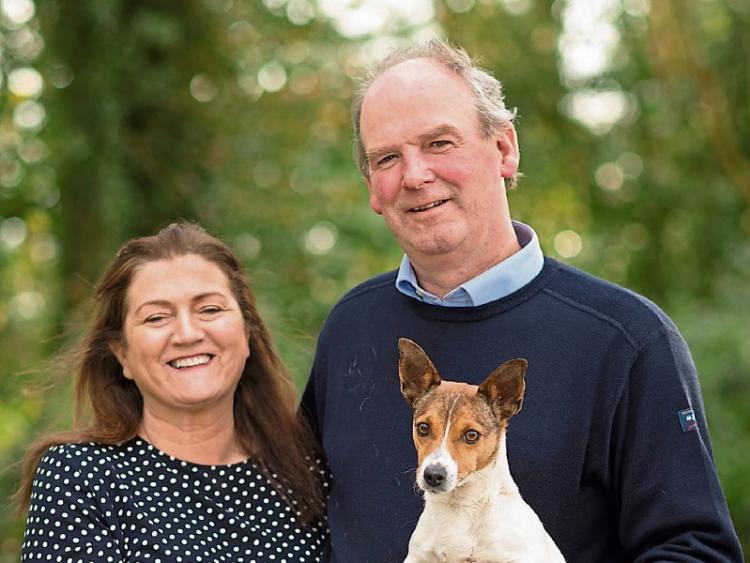 While she was understandably very proud of Rachael, Eimir Blackmore says she was also proud of herself for having plucked up the courage to watch the Aintree Grand National on television in its entirety, in what was a break from the norm, as Rachael became the first woman to ride the winner of the famous race, aboard Minella Times.

“It was my first time watching a race that Rachael rode in from start to finish,” says Eimir, who along with her husband Charles witnessed their daughter’s historic achievement unfold from their own home on the family farm.

“Charles said I started cheering after the last fence, although he was saying ‘we’re not there yet.’

“It’s a very long run-in at Aintree but we were absolutely thrilled and delighted when she came across the line first.”

Eimir says that the family is “on cloud nine,” describing Rachael’s achievement as “surreal” and “incredible.”

She also admitted she was running out of superlatives to describe her famous daughter’s continuing success, her Aintree victory coming just a few weeks after she became the first woman to win both the leading jockey title and the Champion Hurdle at the Cheltenham Festival.

She says that Rachael, who arrived back in Ireland on the ferry last Sunday, has been almost pinching herself to make sure that it hasn’t all been a dream.

“Billy Lawrence is Rachael’s greatest fan. His parents, Paula and Davy Lawrence, are neighbours of ours and they wrote to Rachael asking for a signed photo for Billy, who attends Scoil Chormaic (special needs school) in Cashel.

“When I brought him the photo on Sunday morning he was so excited he could hardly open the envelope, although he also wondered why it had taken her so long to send it!”

The excitement in the Blackmore household and in Killenaule had hardly abated after Cheltenham when her Aintree win reignited it all over again.

“Everybody wants a piece of the story,” says Eimir.

“We were inundated with visitors this morning (Sunday) but we were Covid-compliant and everyone stayed outside.

“It’s great that she has given a lot of joy to people, even to those outside of the racing community.

“She has struck a chord with people during dark and dismal times.”

Eimir says that never in her “wildest dreams” did she believe that Rachael would win the Grand National.

“It’s also amazing for (the winning trainer) Henry de Bromhead. His horses have a reputation for jumping well and that’s important for us.”

And as he had done after Cheltenham, he arranged for Sunday lunch to be delivered to the Blackmore home last weekend. Eimir and Charles were married at Hotel Minella and have been friends with the family for years.

The couple have two other children; Rachael’s older brother Jonathan, a graphic designer based in London, attended Clonmel High School, while Rachael and younger sister Charlottle (who’s a solicitor) both attended the Loreto secondary school in Clonmel.

Eimir thanked everybody who had made it all possible for Rachael.

“Horse Racing Ireland organised for the jockeys to travel and to do so in a safe environment, and there were a lot of people behind the scenes who contributed as well.

“We’re extremely grateful that all of this allowed Rachael to have her special day.”