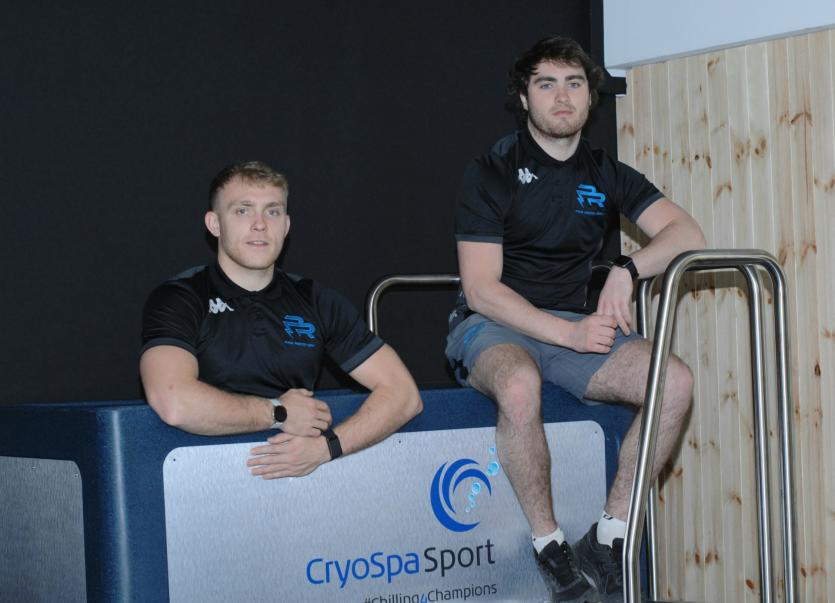 Tipperary senior footballer Kevin Fahey (left) pictured with business partner Ross Peters at their Pro Recovery and Wellness Centre at Parnell Street, Clonmel, which will be fully up and running in t

Munster senior football champions Tipperary take to the field for their first competitive action of the year with a Division 3 South game against Limerick on Saturday. Following on from the heroics of 2020 and with an expectation from many for promotion this year, Tipperary’s opener at LIT Páirc na nGael will be a huge assignment.

In the euphoria of the provincial title win over Cork at Páirc Uí Chaoimh, the huge battle that was the semi-final victory over Limerick two weeks earlier should not be overlooked. Seven points down at the interval, Tipperary, with the help of a somewhat fortunate Liam Casey goal, and a magical sideline kick from All-Star Conor Sweeney forced extra-time. It took another special Brian Fox individual point at the death to break Limerick hearts and also to avoid a penalty shoot-out for the first time ever in the football championship history.
It was that close last November, there was nothing between the sides. Also in the previous year’s championship, Division 4 side Limerick hammered Tipp in Thurles in what was to all intents and purposes the end of Liam Kearns’ era as Tipp senior boss.
Tipp wing-back Kevin Fahey played a prominent role in the second half comeback for Tipp against Limerick just six months ago, scoring an important second half point in the process. Looking forward to Saturday’s game at the same venue, the 2020 All-Star nominee is under no illusions as to what lies ahead.
It was very much a hot and cold show from Tipp the last day, according to Kevin.
“Sometimes whatever it is in the first half of a game we can either turn up and blow teams away or the total opposite can happen. And the Limerick game was just one of those days we didn’t turn up in the first half. Nothing was going right for us and it looked like they had an extra man everywhere. We conceded two goals in the first half and we had it all to do in the second half then.” 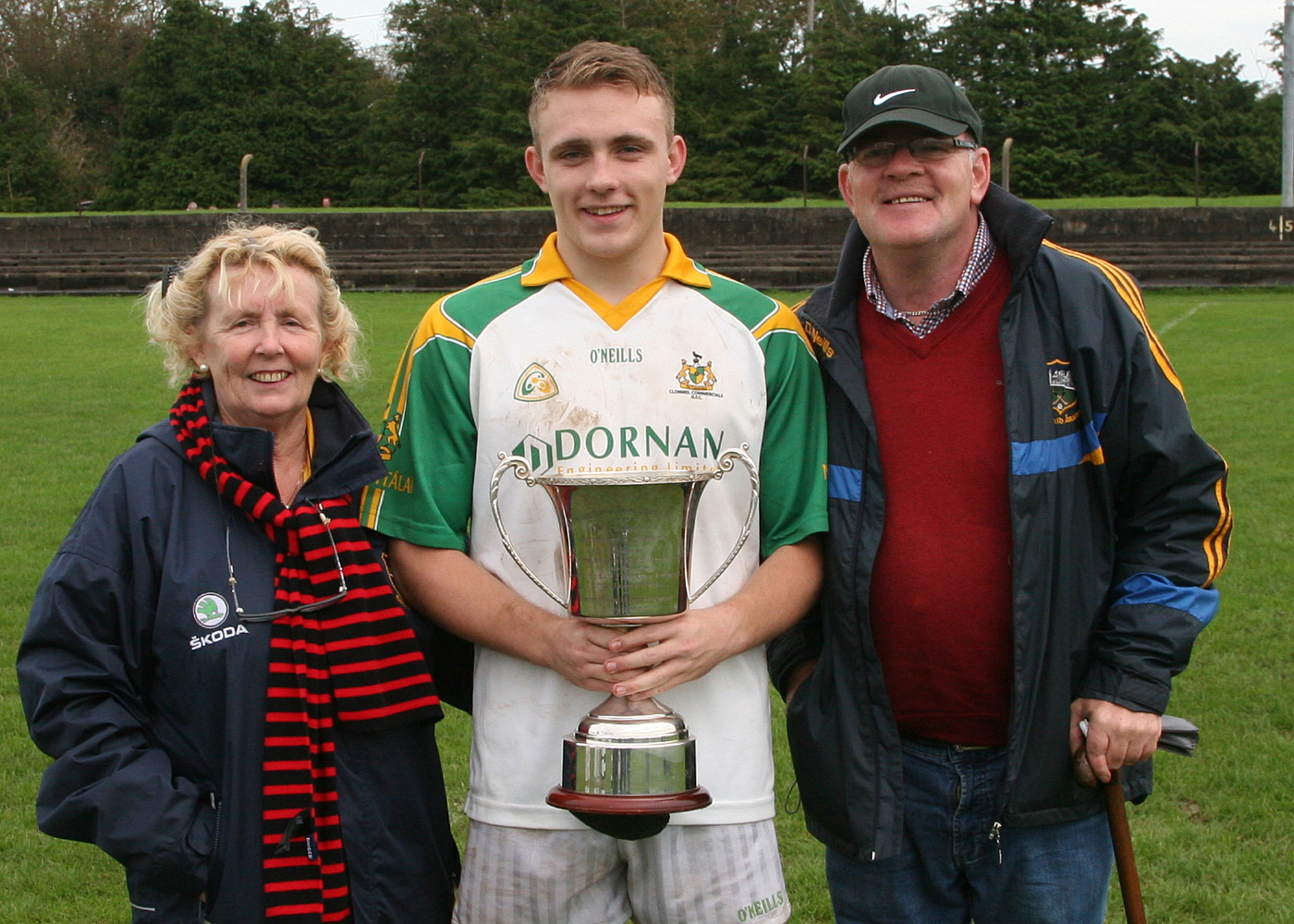 Another proud day for the Faheys. Kevin captained Clonmel Commercials to the County Under 21 title in 2016 when they defeated Upperchurch/Drombane in a final played at Boherlahan. He is pictured afterwards celebrating with his mother Kathleen and late father Philip. 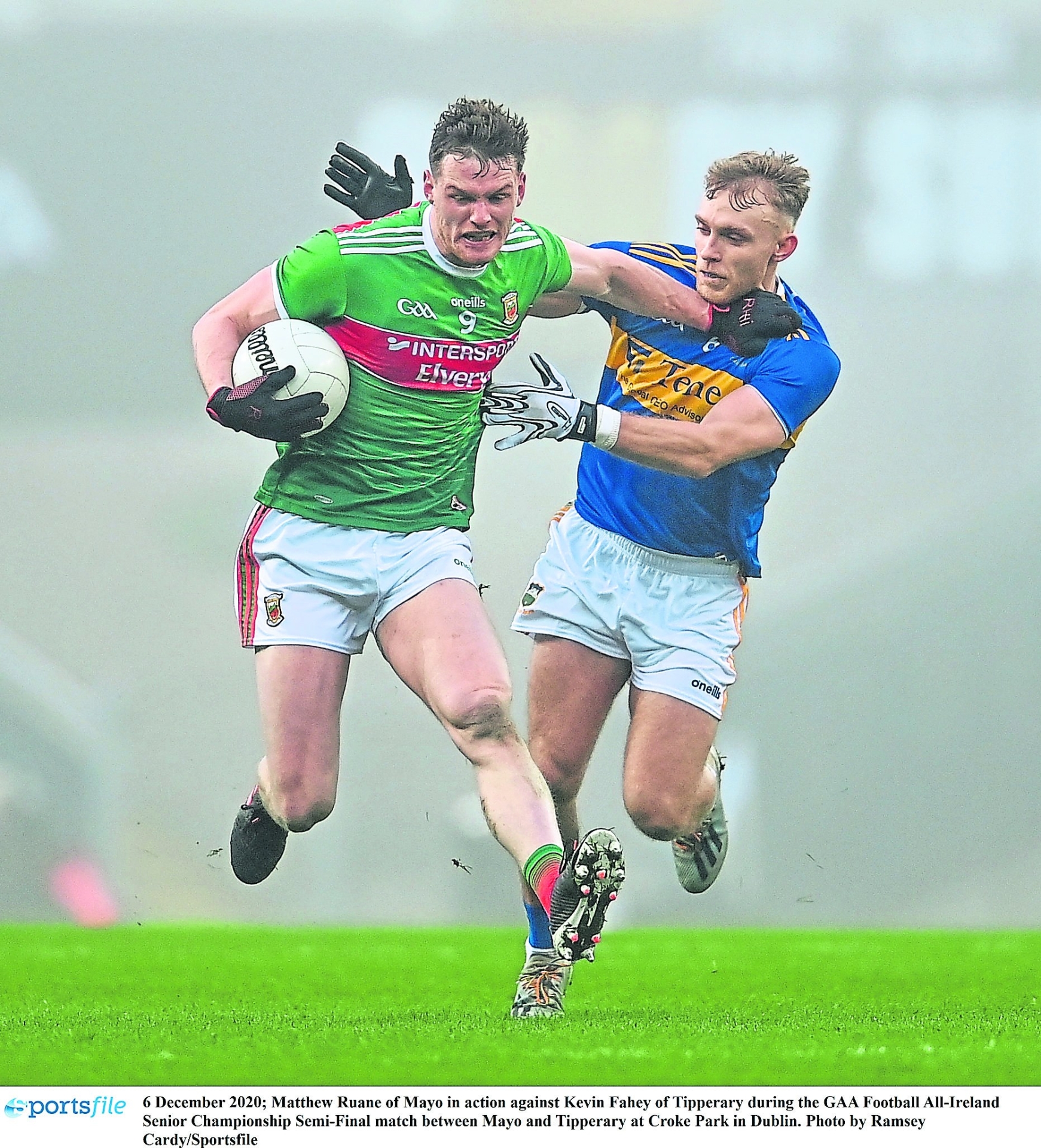 “Next month we will be opening up a Recovery and Wellness Centre at Parnell Street in Clonmel (over Coco’s Restaurant). It will be a fully-equipped centre specially designed to help those recovering from injury or simply seeking an edge to their performance. We have all been to St Patrick’s Well for the cold water therapy, and gone for massages, and other treatments, etc. Ross and I now want to assist, not only teams and individual athletes, but also non-sports participants who can benefit also by using these state-of-the-art facilities.
“We have cryotherapy baths, which provide absolutely amazing benefits using water temperatures just above freezing - no more immersions in St Patrick’s Well. We also have infrared saunas, which provide all the benefits of the traditional sauna but without the hard-to-bear heat and steam. And we also have compression boots, which can work on the whole leg or target individual leg muscles, it’s kind of like a sleeping bag for your leg, in layman’s terms. We are confident the Recovery and Wellness Centre will prove very popular,” added Kevin.
In every way we all hope it will be a very rewarding year ahead on and off the field for Kevin Fahey and the Tipperary footballers.