Jimmy continues to support the club at senior and juvenile level 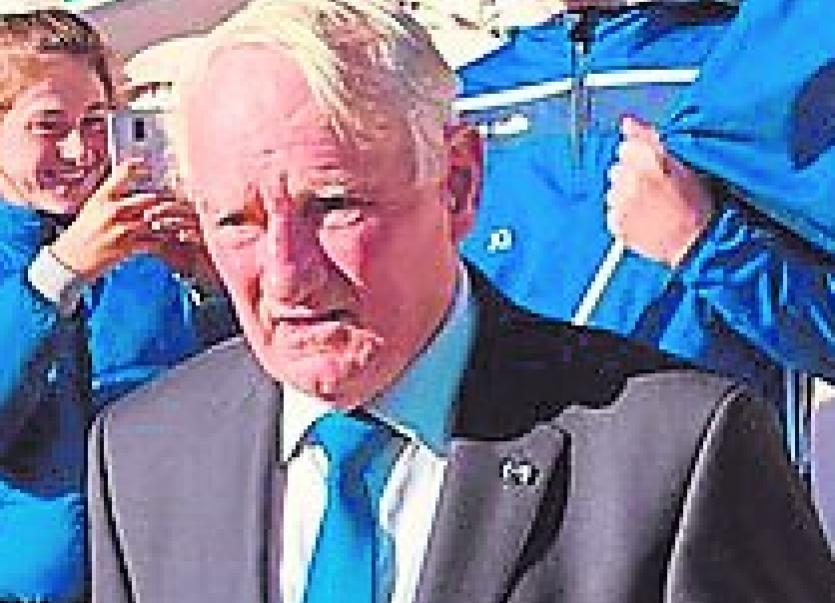 Born in Quartercross, Killusty in 1932 Jimmy is the fourth child of a family of six - three girls, Kathy, Nora, Mary and three boys - Nicky, Paddy and Jimmy.

He started his school days in Killusty in 1937 and when he left started serving his time with Johnny Ward, where he resided for a few years and remained working there up until the mid eighties, going out on his own down in Henehan’s yard where he finished in 2019.
His continued contribution to Fethard GAA in his 60 years, so far, will never be surpassed for his loyalty, commitment, dedication and willingness to be the best.
On the field of play he gave 23 years service from 1950 to 1974 with the adult club, winning two county senior football medals in 1954 and 1957 and four south senior football medals (1954, 1955, 1957, 1969).

He was captain of the Fethard team in 1958 and was on the losing south final teams of 1956, 1959, 1963, 1965 and 1968, only once losing in a county final in 1974. He was on the 1951 team that were minor football south champions.
Probably his greatest honour was when as captain he led his own beloved village of Killusty to south and county junior football honours in 1956, also adding to his collection a Tipperaryman’s Cup medal in 1959, with quite a few tournaments and 7-a-sides won during that time.

He wore the Tipperary jersey at senior level in the national league in 1954. In 2007 he received the Sean Gael award for his services to the GAA, and the club honoured him for his service to Fethard in 2019 with a presentation.
Another phase of his career started in the early 60s when the club won three south and county U21 football titles, with Jimmy as trainer, manager and selector. From then until 2001, to all football teams, he would be the first man in the field to training all football teams on a Tuesday and a Friday without fail and the last man out, winning seven county senior football titles in 1978, 1984, 1988, 1991, 1993, 1997 and 2001 and four defeats in 1982, 1983, 1986 and 1992.
There were also county senior football league wins in 2001, 2003 and 2004 and the south Clonmel Oil League in 2001. In 1999 Munster started a club league with 16 teams and Fethard reached the final, only losing out to great rivals Clonmel Commercials.
There were also Junior A football south and county titles in 1999, a county junior B football title in 1998, county U21 football titles in 1966, 1967, 1968, 1988 and the county minor A football in 1985 and 1989, with quite a number of south titles and final defeats over his 45 years of great service to all football teams in the club.
He also gave a hand to the county U21 football team as selector in 1983, 84 and 85. Off the field he took charge of the club’s finances as treasurer from 1966 to 1980 and was a member of the club committee for many years, culminating in a spell as chairman of the club from 2008-2010. During this time he was also a very valuable member of the 1984 Fethard GAA Book committee.
Fulfilling many other roles, Jimmy is rightly known as Mr Fethard GAA.
He still continues to support the club at senior level and juvenile level.
You will always see Jimmy at the matches and any presentations organised by the club.