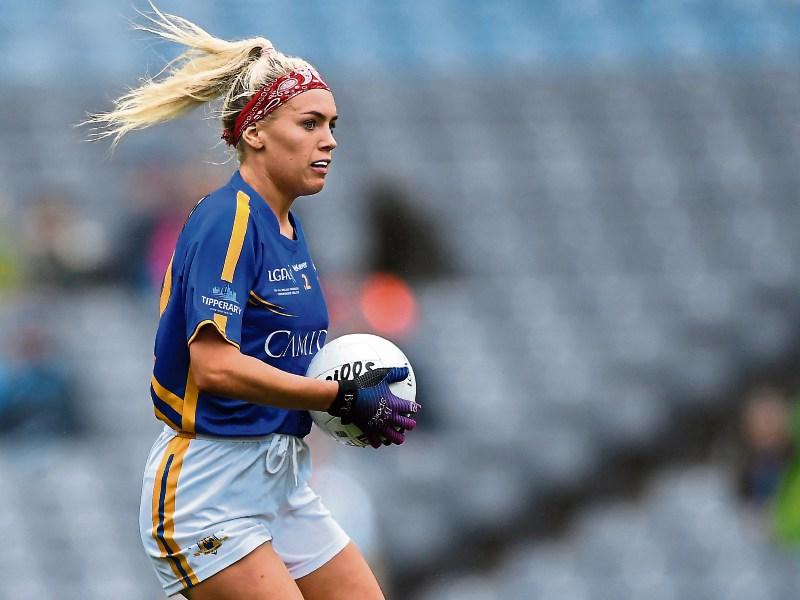 The game was played in Banagher this afternoon

Two goals in ninety seconds near the very death consigned Tipperary to relegation in the Lidl ladies senior football league at Banagher when Westmeath survived the drop in a fine game of football.

Eighteen scores to twelve tells the story of the game and though Tipp hit the front in the last quarter courtesy of two quick goals, Westmeath just had the attacking acumen to win the game - Sarah Dillon doing most of the damage for them

Tipperary had started with Orla O'Dwyer in the team and they did well early on as the sides were tied up at 0-3 apiece  after then minutes Aisling McGuigan, Roisin Howard and O'Dwyer getting the scores.

However, Westmeath led at the water break by 0-5 to 0-3 as they began to find their feet, and, following resumption, they really cut loose. Westmeath kicked five unanswered points in the second quarter while Tipperary failed to score - the sin binning of Anna Rose Delaney not helping Tipperary's cause.

By the half way mark, Tipp had a real mountain to climb - Westmeath were hitting them and hurting them on the break as they pilfered 0-10 to Tipperary's 0-3 by the half way mark - The Premier girls not being helped by the numerical disadvantage and also by having kicked seven first half wides.

Tipp looked to be in deep toruble by the break but they turned around a different side in the third quarter. Three points in quick succession from Orla O'Dwyer were followed by two goals in a minute from Roisin Howard and Angela McGuigan as Tipp took control and went  in front.

It was level on two occasions then as both sides fought hard to regain control but a missed goal chance for Tipp was capitalised on by Westmeath and they went upfield and managed to get two goals in ninety seconds from Lucy McCarton and Karen Hegarty to see them over the line and maintain their division 1 status.

Tipperary cannot really argue about the drop - four games played, four losses suffered - the challenge now for Manager Declan Carr and his management team will be to rally the troops for the championship. They played some good football in this game and can take many positives from the outing.