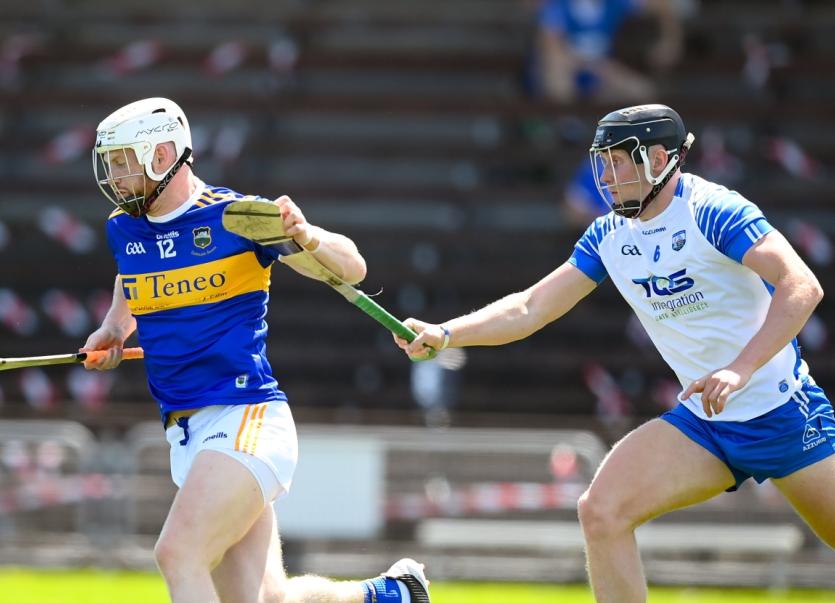 Tipperary's bid for at least a share in a first league title in 11 years wilted in the warm sunshine at Walsh Park this afternoon when they lost to Waterford in the league for the first time in five years.
It was also Tipp's first defeat in their fifth game of the season and their last outing ahead of the championship, and a possible Munster semi-final against the same opponents in three weeks time (July 4).
Tipp led by six at one stage in the first half but ended up losing by five.
Waterford played with renewed vigour in the second half and in truth Tipp were overrun in that second period, when they were outscored by 0-17 to 1-8.
Waterford had the opening four points after the restart before Jason Forde had Tipp's first score of the half. But Waterford had the next four scores to open up a six-points lead (2-20 to 2-14) and take a firm grip on the contest by the 48th minute.
Waterford were five ahead and looking comfortable when Tipp gave them a scare with their third goal, which came when John McGrath's shot was blocked before Seamus Callanan mopped up the rebound and swept it to the net.
A John McGrath point with ten minutes of normal time remaining left only a point in it but Waterford closed out a deserved victory in the remaining minutes.
When Tipp were six points behind, Ronan Maher had an outside chance of closing the gap further but his low drive from a 21 metre free was deflected for a 65, which he converted for a consolation score.
Tipp's best performers included defenders Ronan Maher, Padraic Maher, Cathal Barrett and Seamus Kennedy, who battled hard to contain Waterford's free-flowing forwards. Alan Flynn was busy at midfield and Jason Forde and Jake Morris were the pick of the forwards, while captain Seamus Callanan continues to rebuild his match fitness.
Stephen Bennett was outstanding for Waterford, scoring a grand total 15 points (eleven from placed balls), while Darragh Lyons, Dessie Hutchinson, Iarlaith Daly and substitutes Michael Kiely and Billy Power also made handsome contributions to the victory.
Tipperary led for most of the first half and when Jake Morris pointed in the 23rd minute their advantage stood at six (1-12 to 0-9).
However Waterford grew into the game and two Dessie Hutchinson goals in the space of four minutes ignited their challenge.The first in the 25th minute was a spectacular effort, when he whipped a first time shot to the net after Jack Prendergast did the spadework with his solo through the heart of the Tipp rearguard.
Four minutes later Hutchinson plucked a ball out of the air before advancing to send a shot past Brian Hogan for his and his team's second goal.
That put Waterford ahead by two and in front for the first time since the second minute. But Tipp were in no mood to surrender their hard-earned gains of the first half and their lead was restored in the first minute of first half additional time. Jake Morris, with the help of Seamus Callanan, dug out possession and supplied a pass for Noel McGrath, whose shot beat Waterford goalie Billy Nolan.
Tipp's first goal arrived in the sixth minute when Alan Flynn's delivery broke, allowing Jason Forde to sweep up the leftovers before shooting to the net.