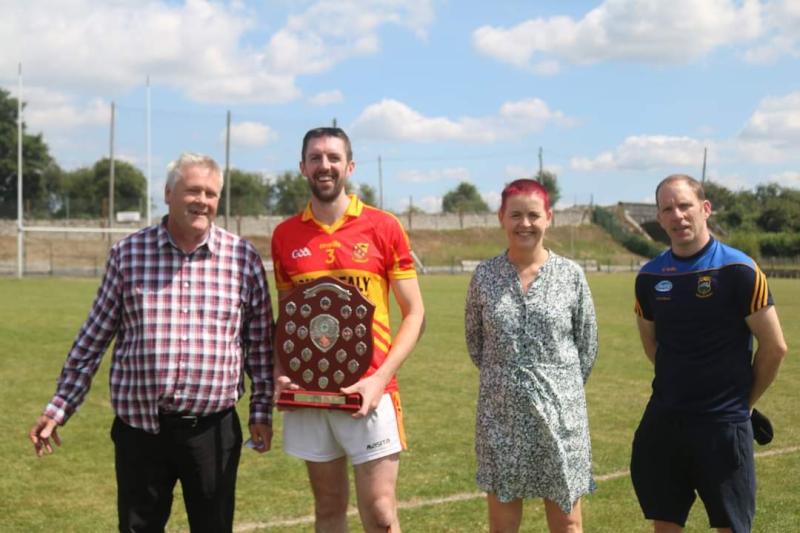 Mid Tipperary GAA Scene
Thurles Credit Union Junior Hurling Championship kicks off this week with nine games across the ‘A’ & ‘B’. We had two league finals over two days both in Holycross credit to all the players and management teams for serving up some fine hurling with late drama in the Division 1. Thanks to Holycross for use of their facilities.

Thurles Credit Union JHC
The weather may be changing but have no fear the summer is only just beginning as the junior hurlers get the club championship up and running in Mid-Tipperary. Both our divisional winners contested county finals from 2020. Falling just short whoever comes through this year's campaign with silverware will certainly be battle hardened for a tilt at county honours.

In the ‘A’ Holycross Ballycahill will not want to loosen their grip on the title as they continue to bring through the players needed to improve their senior team. That of course applies to all their opponents as well.
The division has seen a crop of young hurlers come through over the last few years that has loads of ability and appear ready to go the distance.

The ‘B’ Champions Gortnahoe Glengoole are on the crest of a wave early season preparations for the county final will have done them no harm. That and a buoyant mood with the return to senior hurling has them right in the mix to retain the title.
We wish every player and club the very best with the hope that injuries are few and close games are plenty. Huge thanks to our sponsors Thurles Credit Union a pillar in the community it's a perfect partnership for these exciting championships.

Sign On Templemore Division 1 Final
Moycarkey Borris 4.22
Holycross Ballycahill 2.25
Ref: Seanie Everard
Moycarkey Borris tried hard to not win this blowing a five-point lead in normal time along with missed chances. In the end Anthony McKelvey and sub Brian Moran got the scores to take the title after an exhilarating final and extra-time.

Moycarkey Borris held a seven-point lead with minutes to go in the first half a Mark Heffernan goal on nine minutes a big factor. The dominance of their full back line denying the Holycross full forward line the ball in the hand in the first half. Full back Kevin Moran fielded before calmly starting a move that resulted in a brilliant Mossy Bracken point. Mossy ended with three first half points. At that stage star man Anthony McKelvey had three points. He was causing big problems every time scoring or winning frees. He was ably assisted with scores for James Dillon, Rory Darmody & Bill Maher. At the other end it was the accuracy of Jack Dwan & Tossy Comerford that kept Holycross ticking along. That said Ailbhe Power had to make a great save from Eanna Ryan. Another glimmer of hope was points from play from Jamie Lee Dwan and Jack Dwan Halftime 1.13- 0.11 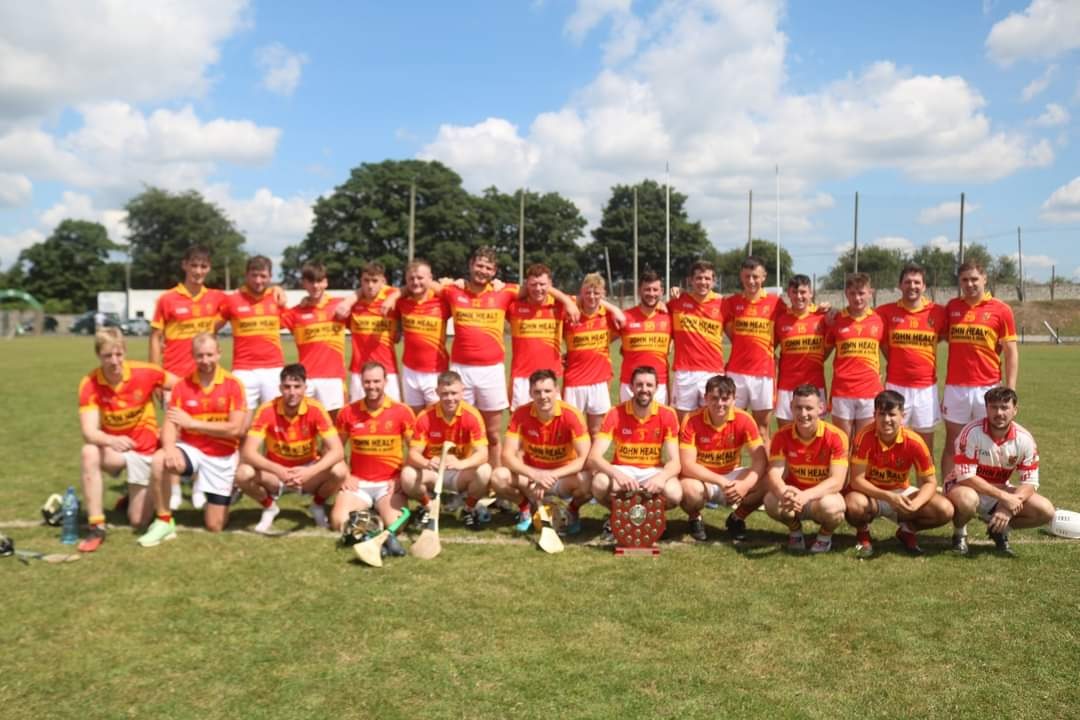 Pictured above: The Moycarkey Borris team
The quality of both panels and the use of them must be commended. A new full forward line helped Holycross to within a point. Jamie Lee Dwan was key that and the continued accuracy of Jack Dwan. Holycross supporters found their voice, Moycarkey replied. A long ball in Anthony McKelvey broke the two-man tackle to fire home. Eamon Flanagan quickly followed to put five points between them. Four points evenly shared notable the touch and point from Brian Moran. The hard ground made the bounce of the ball erratic. Time almost up one such erratic hop was well delt with by Ailbhe Power however Eanna Ryan followed up to goal. Moycarkey hit what was an insurance point that actually ended up being a rescue point. As another long ball wasn’t dealt with this time it was Frank Hanafin to fire home the loose ball 2.18 each, extra-time.

Holycross outscored Moycarkey in extra time it was the goal at the start of each half that won it for the Borris men. Anthony McKelvey fired home a penalty he won while Diramuid Maher set up Brian Moran for the game winning score. Holycross never led the game but could rightly feel a different line up and the win was there for them. Patrick Leahy looked very good hitting two points as time ran out on an absorbing match.

If both clubs can keep these panels together the Mid junior A champions will have to win some battles to claim the title. Chairman Joe O’Sullivan made the presentation to Captain Kevin Moran thanking sponsors Sign On Templemore, Holycross and all who made the game possible.

Doran Oil Div 2 Junior League Final
Upperchurch Drombane 1.19
Bopherlahan Dualla 0.20
Ref: John Dooley
Upperchurch Drombane were behind for most of this game Conor Faheys early goal was needed as Pat Ryan didn’t miss a beat from placed balls to secure the win.
Upperchurh’s first score was a goal thanks to Conor Fahey who ran through his initial shot saved he rattled home the loose ball. It didn’t faze the Boherlahan boys who went on to lead by three at the water break. Seamus Leahy their main threat hitting four frees and one from play. Points for corner forward Paraic Ryan and Laurence Devane in mid field easily accounted for the Church men's tally. Conor Fahey with a point from play. Three Pat Ryan points made for much better fare in the second quarter. An excellent side-line the pick of them. It was Niall Grants efforts and two rousing scores that got them going.

Playing against the wind they were dropping deeper and improving. Against them Boherlahan’s Seamus Leahy added three frees with Laurence Devane scoring his second. Late on a Luke O’Flynn effort came off the post the lose ball ended up wide, halftime 0.12 – 1.06 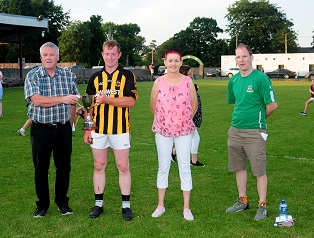 Boherlahan set up deep but failed to cause any concern for the Church full back line. Seamus Leahy matched the earlier side-line he had that and three more frees as the impact of James Murphy and John O’Dwyer waned. Upperchurch made a run for the title and would retake the lead on forty-four minutes. Four points for Pat Ryan, one each for TJ Butler and the deep lying Conor Fahey. Changes were made but having little difference on the flow of the game.

The teams exchanged frees and would be level twice as the supporters began examining the watches. As normal time neared Pat Ryan brought his tally to twelve with three frees to open a winning gap. There was time for drama and when the attack came the ball was with the right man. Seamus Leahy broke one line of defence attacking the square with plenty of attention he correctly chose to bat it. AJ Shanahan was there to make his goal keepers life a lot easier with a block. Play was called back for a foul the goal bound effort failed. Assuring the Doran Oil division two title headed up the hills with the Upperchurch Drombane boys.

Chairman Joe O’Sullivan, Secretary Catherine Dunne and sponsors were on hand to make the presentation to captain James Greene.