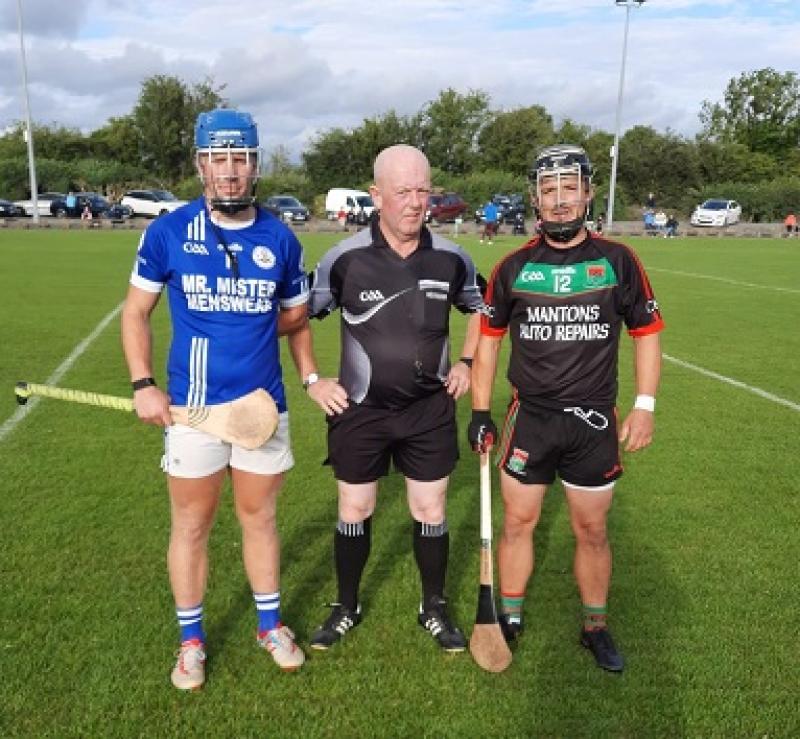 Newly promoted Cashel King Cormacs got their first win in this year’s Gleeson Concrete West Junior A Hurling championship when they overcame last year’s defeated finalists, Rockwell Rovers, in an exciting and close game at Golden on Saturday evening.

Goals were the deciding factor in a game that never reached the expected heights, but was never the less exciting and close right to the end, with Rockwell feeling that they had done enough to get at least a share of the spoils. In the end three well taken goals from Davy Clarke for the town side proved to be Rockwell’s undoing, his second in particular, five minutes after the restart showing his vision and finishing skills in abundance.

Rockwell were overly dependent on Alan Moloney to keep the scoreboard ticking over, he contributed 1.12 on the night, with 0.11 coming from placed balls. His goal two minutes into the second half was also one of the highlights of the evening.

The opening quarter was a pedestrian enough affair, with both teams being cautious. Moloney opened the scoring in the first minute for Rockwell and Liam Fahey doubled this advantage three minutes later. Adrian Cummins got Cashel on the scoreboard from a placed ball before Tom Tobin and Davy Clarke cancelled each other out with two well taken points. A goal from Davy Clarke on fourteen minutes put three between the sides, but a TJ Ryan point from out under the stand left two between them at the water break.

The second quarter developed into a shootout between Adrian Cummins and Alan Moloney from placed balls as Rockwell upped their game and forced Cashel into conceding needless frees, which Moloney duly punished. Davy Clarke got a great point at the far end, while Aidan Barron got his name on the scoreboard with a well taken point. A Pat Muldoon point on thirty minutes left the minimum between the sides at half time, Rockwell Rovers 0.12, Cashel King Cormacs 1.8.

Alan Moloney started the second half in whirlwind fashion, with a goal and a point inside the opening two minutes to put Rockwell five up. Three minutes later Davy Clarke got the score of the evening, collecting a ball on the end line, before rounding his man and dispatching an unstoppable shot to the bottom corner of Michael O’Donnell’s goal. This score lifted Cashel all over the field and further goals from Michael Killian O’Dwyer and Clarke completing his hat trick had Cashel four points to the good by the water break.

The final quarter was even enough on the score board. Adrian Cummins kept Cashel ticking over with two converted frees. A Liam Fahey goal with eight minutes remaining made it a two-point game. Rockwell created enough chances in the closing minutes to get at least a share of the spoils, if not outright victory, but not taking their points proved to be their undoing. A late point from Michael Killian O’Dwyer closed out the scoring in a game where Davy Clarke proved to be the difference between two hard working and entertaining sides.