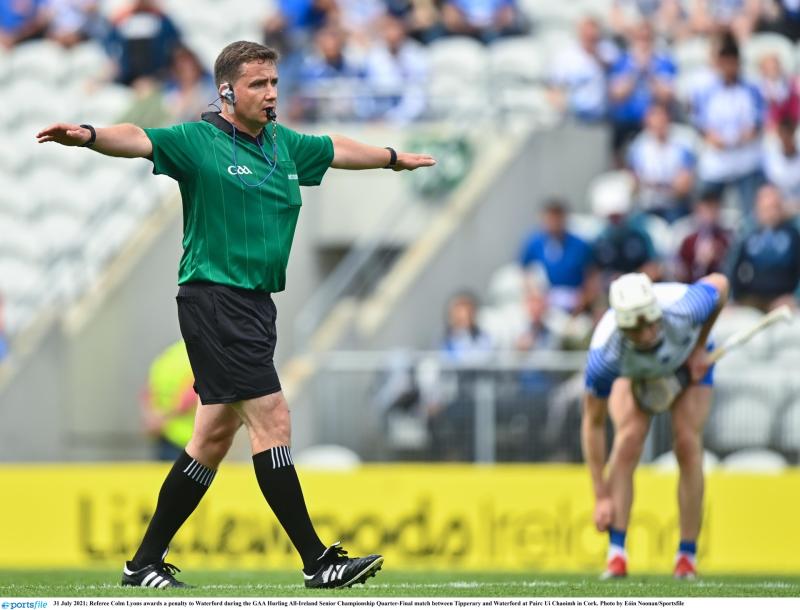 Liam Sheedy was hurting when he came to face the media after Saturday's All-Ireland senior hurling quarter final.

If his words were calculated, complimentary and appropriate, his eyes betrayed the real emotion - he was man in mourning, perhaps pondering his future, but bullish about the future of Tipperary hurling at the same time.

“Inconclusive” was how he described the controversial penalty decision whch drove the knife further into Tipperary's wounds. But, the Portroe man insisted on focusing on the missed goal chances at the other end of the field, which on another day, would have won the contest.

“I thought we just stayed in the game and we had a really good look in each others eyes at the water break and said 'right boys now it is time' – what's in this group? And, my God, did I get some reaction, because in fairness Waterford bring a lot of energy to the pitch – we knew that from last weekend – but I just thought that the way we applied ourselves for the last quarter, and kept tipping on the points, and we got three wonderful goal chances which and none of them went inside the post. A two point game in the 71st minute after being eight points down at one stage was an heroic comeback which just came up a little bit short.

“We could have been level in the 71st miute – that's how close a titanic battle it was and there was great spirit, character and energy in the group.

“But, we will look back on it in terms of some of the turnovers we conceded and some of the ball that we gave away that led to Waterford scores and we'll be really disappointed with that aspect of our play. We knew that we had to be smart with the ball and we weren't as smart as we would have liked to have been. These margins are tight and all of a sudden it goes from a two point game to a five point game and it's pack your bags, it's over.

Speaking in glowing terms on the performance of Cathal Barrett at corner back, Liam was lavish in his praise for the entire panel and backroom team.

“Thers is real spirit in that dressingroom and great characters. There is no fear of the future of this Tipperary squad. There is a lot of good players there and lot of good guys coming through. They will rise again. I couldn't ask for any more.

“A lot of people questioned the character of the team – were they too old? were they this and that? – I'll tell you one thing they gave ye the answer today. That is a top quality group with a top quality bench to come in with top quality guys behind them who didn't make the 26 today. There is a very bright future in Tipperary for the next number of years and their spirit is as strong as ever.

“The bar is high and we were right there, but only just came up a little bit short.

“It was a really high tempo, high energy game and there is no fear of the game of hurling because the spactacles we have been treated to in this championship have been immense and unfortunately we are all struggling at times to keep the score down,” he said having described Waterford as a very good side.