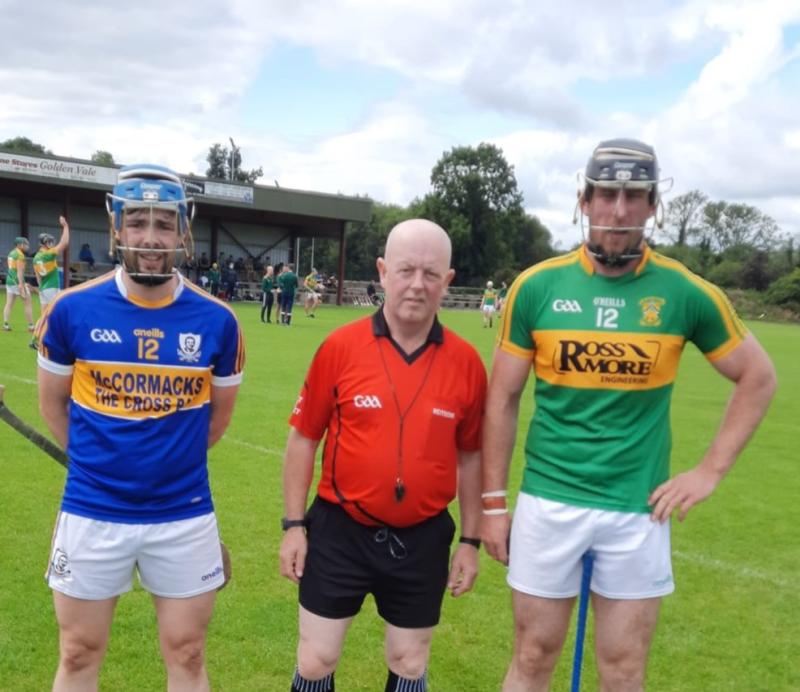 Clonoulty/Rossmore, the holders, are through to another Tipperary Co Op West senior hurling championship final after accounting for Sean Treacys in the semi-final at Dundrum on Sunday afternoon.
Played on a good surface with a strong breeze blowing from the railway end, Sean Treacys pushed the holders all the way in this hard-hitting, entertaining game. The fact that Clonoulty hit a total of 26 wides during the course of the game contributed somewhat to the closeness of the contest.

Clonoulty led at the break, 0-10 to 0-5 having played against the breeze and one would have expected them to drive on after the half-time break, but it was Treacys who took the game to the holders.
A fortuitous goal by Paddy Carey, with three minutes remaining, following a goalkeeping error, cut their lead to the minimum and with the potential for extra time looming, two late points from substitutes Ciaran Quirke and James Hammersley ensured them a place in this Saturday’s final, where they will go head to head with Cashel King Cormacs.
Paddy Carey got the opening score of the game, from a placed ball, after two minutes, when he put over at the near end.
Timmy Hammersley equalised before points from Mikey Ryan (Winnie) and Dillon Quirke opened up a two-point lead by the eighth minute. Paddy Carey, from a free, and Jack Ryan exchanged points before Timmy Hammersley doubled his tally as Clonoulty led at the water break, 0-5 to 0-3, having also hit seven wides in this first quarter.
With the Clonoulty backs as a unit defending well, Sean Treacys found it difficult to get on the scoreboard. Mikey Ryan (Winnie) was dominating around the middle of the field and he got in for three points from play in the first half.
Dillon Quirke and Jack Ryan doubled their tally, while Paddy Carey was posing the main threat to the Clonoulty defence.
Clonoulty led by five points at the break having played against the breeze, but had to be concerned as their wide tally mounted up.
Sean Treacys started the second half with a flurry, hitting three points in the opening three minutes, two from Seanie Ryan (Rogers) and one from Pat Deegan, to cut the lead to two points.
Mikey Ryan (Winnie) broke the momentum with his fourth point of the game but Sean Treacys replied with points from Pat Deegan and Paddy Carey to leave the minimum between the sides.
Timmy Hammersley hit his third point from a placed ball as Clonoulty led by two at the water break. This was Treacys’ best quarter, outscoring their opponents by 0-5 to 0-2.
A Tom Hickey point immediately on the resumption brought the game to life, but Clonoulty responded well. Points from Jack Ryan, Mikey Ryan (Winnie), Dillon Quirke and Timmy Hammersley stretched their lead to five.
Paddy Carey and Conor Hammersley traded points before Shane Stapleton landed a huge score from his own half.
When Paddy Carey capitalised on an error in the Clonoulty defence to score the game’s only goal and reduce the lead to the minimum, a draw and extra time looked on the cards.
However two late points from Clonoulty substitutes, James Hammersley and a long-range effort from Ciaran Quirke got the holders over the line, but not before they had to withstand a late Sean Treacys quest for the equalising goal.
Sean Treacys will be happy with their overall performance as the head into the Seamus O’Riain group games in a few weeks, while Clonoulty’s bid for six in-a- row will be on the line when they take on Cashel in the West Final.
Clonoulty/Rossmore: Jimmy Maher, Joey O’Keeffe, Robert Doyle, Jimmy Ryan (Con), Enda Heffernan, John O’Keeffe, Sean O’Connor, Mikey Ryan (Winnie) (0-5), Conor Hammersley (0-1), Ronan Heffernan (0-1), Dillon Quirke (0-3), Thomas Butler, Tommy Ryan, Timmy Hammersley (0-4, 2 frees), Jack Ryan (0-3).
Subs used: Ciaran Quirke (0-1), James Hammersley (0-1).
Sean Treacys: Shane Stapleton (0-1 free), Andy O’Brien, Sean Hickey, Willie Mackey, Chris Egan, Mikey Feehan, Paul Nolan, Jody Ryan (Rogers), Pat Deegan (0-2), Tom Hickey (0-2), Donnacha O’Brien, Mattie Feehan, Paddy Carey (1-6, 0-4 frees), Brian Carey, Seanie Ryan (Rogers) (0-2).
Sub used: Stevie Carr.
Referee: Phil Ryan (Knockavilla Donaskeigh Kickhams). 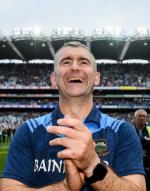