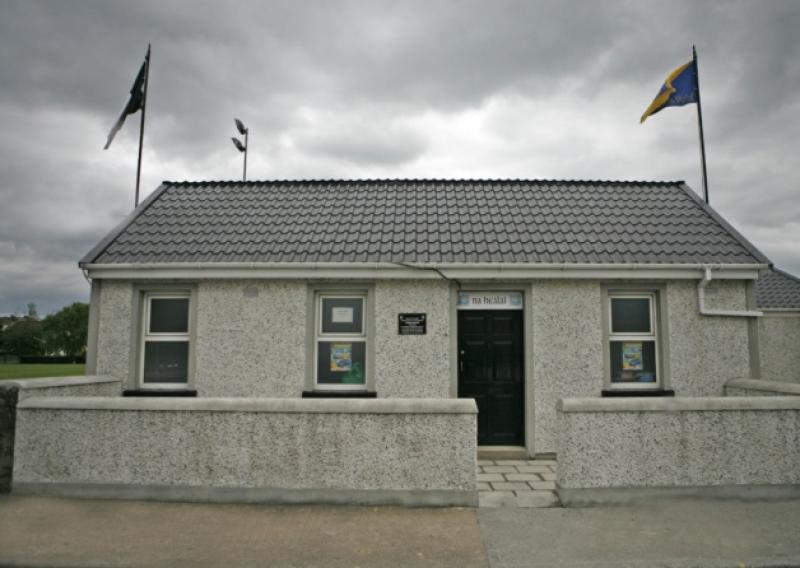 The Swan clubhouse at the Fair Green in Carrick-on-Suir

The Swan Senior hurlers defeated Burgess on Sunday evening in The Ragg in Round Two of the Seamus O’Riain Cup.
The Swan team came from six points down at the start of the second half to win by three points following an injury time goal. This result keeps the team in the hunt for a quarter-final slot. Round 3 of the Seamus O’Riain Cup is due to take place on the weekend of September 25 and 26. They play Kiladangan in that game where a win seals a quarter-final place. Venue and time to be finalised.
Last Saturday evening the Junior A hurlers achieved a good win over Ballylooby in their second championship game. They play Ballingarry in their final group game with the winners topping the group. That fixture is yet to be finalised.
Meanwhile, the Junior A footballers play Killenaule next Saturday in Cloneen at 2pm in their third championship game. They have won a game and lost a game, so far.
The Junior B camogie team face Lorrha on Sunday at 11am in their championship opener at Pairc na nEalaí. The club wishes the team the best of luck and encourages its fans to cheer them on at the match.
The U19 boys beat St Mary’s in a humdinger of a game last Wednesday in Fethard to qualify for the South Final. They take on St Mary’s again in the final this Sunday, September 19 in Fethard at 6pm.
The U17s play Cahir in Newcastle at 6pm on Friday evening in their South Semi-Final while the U15s are awaiting their semi-final fixture.  The U13 B team enjoyed a super win on Saturday morning in their play off game against Ballylooby. That win qualified the team for the South Quarter-Final where they took on Killenaule in Killenaule on Tuesday evening.
The U13 D team welcomed St Mary’s to Carrick on Monday evening.
Check out the results of both these games on the Swan Club Facebook page.
Last week, the u11s attended the prestigious Frank Maher Cup in St Mary’s where teams from all over Ireland competed.
It was an outstanding day out for the Swan boys, and thanks to the host club for the invitation and their hospitality on the day.
This week, the U9s travelled to Clonmel to play St Mary’s in three super games of hurling where both teams showed lots of skill throughout, and the kids enjoyed themselves immensely.
The U7s play Ballyneale/Grangemockler this week while the U6s play Portlaw on The Green on Wednesday evening and travel to Kilsheelan on Friday evening for more games.
Tickets for the 2021 12 Days of Christmas Draw are on sale.
There is €20,000 in prize money to give away and tickets cost just €50. You can buy your tickets online through the Carrick Swan Club website or via any ticket seller or committee member.
Last week’s Carrick Swan lotto numbers were 01, 14, 20, 25. The €8,000 jackpot wasn't won. Two players matched three numbers and won €100 each. This week’s jackpot is €8,250.