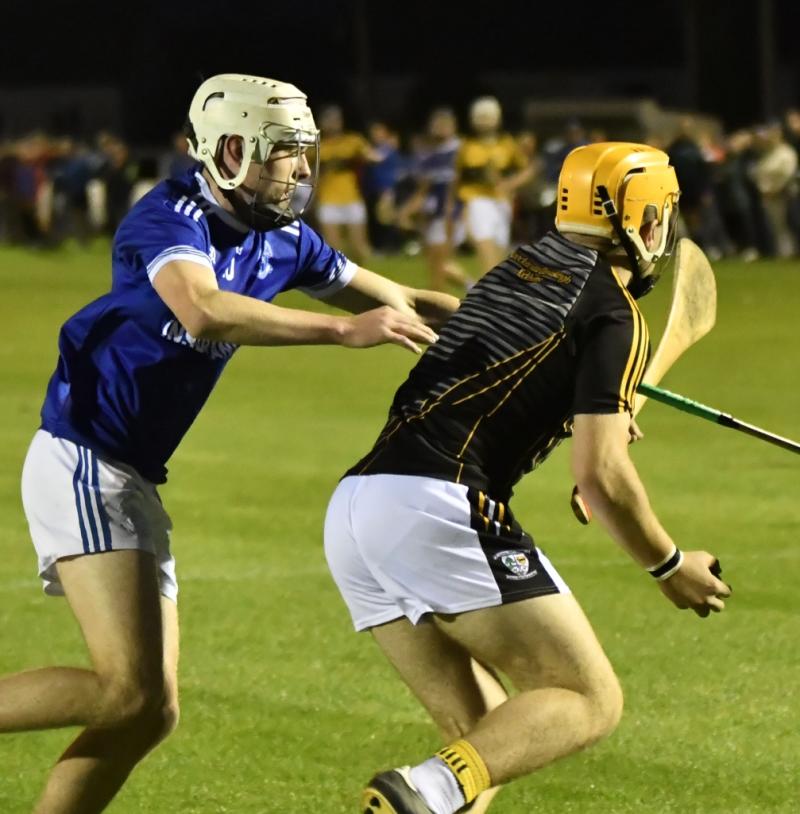 It was a case of goals win games for St Mary’s, as three first half goals set them on their way to a county U19 A hurling final meeting with Thurles Sarsfields. But the Clonmel side had to survive a stern examination of their credentials along the way from a game Knockavilla side in last night's semi-final.

St Mary’s adapted quicker to the unusual setting of Dr Morris Park under lights and raced into an early lead following a goal by Peter McGarry, who finished to the net after a good run from Sean Cooney. This was quickly followed seven minutes later by a Ruairí Leahy goal, who received the ball from a turnover by Anthony Keely close to the Knockavilla goal and finished powerfully to the net.

This left the scoreline at 2-2 to 0-1 but to their credit Kickhams settled after this point and a succession of frees by Michael Gleeson brought them back into the game.

The teams continued to trade scores for much of the half before a succession of three great scores from play by Ruairi Leahy and replies by Conor Horgan, who was accurate from two long-range frees, and midfielders Jamie Duncan and Jack Ryan left the score at 2-7 to 0-8 as we approached half time.

Events took another turn, however, as the influential Leahy once again broke the Knockavilla lines and was taken down as he prepared himself to shoot inside the 21, leading to a penalty which was calmly dispatched by Peter McGarry for his second goal of the match. That gave Mary’s a commanding half- time lead of 3-7 to 0-8.

On the resumption both sides were guilty of hitting wides before the first key action of the half, Ruairí Leahy again quickest to react with a ground stroke when the ball broke loose close to the Knockavilla goal to further enhance the Mary’s lead.

Far from signalling the end of the Knockavilla challenge, they dominated the next phase of the game, outscoring St Mary’s by 2-4 to a solitary Cathal Deely point to leave the score at 4-8 to 2-12 as the final water break approached.

The first of these goals came after the Mary’s 'keeper Adam Brannigan made a good save but the ball broke to Michael Gleeson, who made no mistake from the rebound and gave Knockavilla some hope with an accurate finish.

This was added to by points from play by Horgan and Duncan before a line ball sent in to the Mary’s defence was not dealt with and was finished to the net by Knockavilla’s Orrin Jones.

The scene was set for a dramatic last quarter but, with the Mary’s lead down to two points, it was the Clonmel side that found the crucial final scores, with Peter McGarry hitting the final six points of their tally, an impressive three from play in addition to three frees.

McGarry has become a key player for this Mary’s side and despite suffering from cramp in the latter stages was able to impose himself on the game, his accuracy from distance being key.

Knockavilla replied through two fine points by midfielder Jamie Duncan and a pair of Conor Horgan frees but ultimately they could not breach the Mary’s defence for a vital third goal.

GAA to control team announcements from next year