Gallant display by Cashel in Athlone offers hope for the season 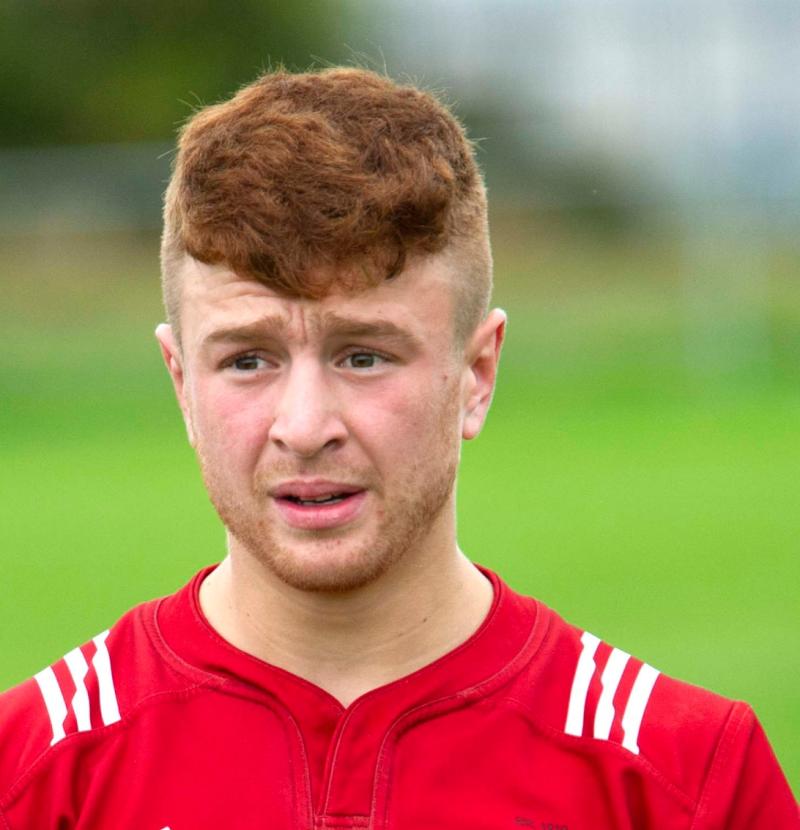 Josh Pickering was on the Cashel team defeated by Buccaneers

The Energia All-Ireland League kicked off on Saturday last, with Cashel travelling to Dubarry Park, Athlone to take on local side Buccaneers.
The home squad included six Connacht academy players and in a cruel end to the game they managed to score a late late try two minutes into injury time to beat a very gallant Cashel team that had come from 13- 3 down at half-time to lead by 3 points with the clock well in the red.
It was clear from the kick-off that Buccaneers were going to use their very big pack to try and grind down Cashel. The first five minutes of intense pressure were absorbed by the Cashel defence and they gradually moved upfield and were awarded a penalty on the twenty two, which Steven McMahon slotted over to put Cashel ahead.
Buccaneers, aided by a slight breeze, kept the pressure on and ten minutes into the game they kicked the ball over the Cashel tryline, where it was touched down by a defender.
Drop outs are now taken from the tryline and Buccaneers gathered the ball on the ten metre line and with a sweeping move scored a try in the left corner, which was converted with an excellent kick, to put them four points ahead.
The scrums were fiercely contested and three minutes after the try Buccaneers were awarded a penalty in the scrum. It was an unusual decision, as the next three penalties went to Cashel for the exact same infringement and the general feeling was that the first one should have gone their way also.
In any event the penalty was on target and it looked like Cashel were going to have a very long day in Athlone. Gradually they came more into the game and set up a number of mauls. The Buccaneers defence was solid but on 23 minutes Cashel were over the tryline but the referee decided that Niall Fitzgerald was held up. It was an opportunity lost when a little more patience may have yielded a clearcut try.
Two minutes before half-time Cashel had a lineout five metres out, the ball was lost, the home outhalf kicked long down the field, a ruck formed five metres from the half way line, Cashel were penalised and once again their kicker put them further ahead with a huge kick. It was demoralising for the visitors, as there had been opportunities to narrow the gap. The half-time score was Buccaneers 13 Cashel 3.
If Buccaneers dominated the first half then the reverse was the case in the second. Cashel went about their task with a controlled fury. One minute in they were awarded a penalty, which Steven McMahon kicked to narrow the gap. They continued to press, Buccareers’ discipline was frayed and as the penalties started to go against them the referee began to show the yellow cards. With a Buccaneers player in the bin Cashel spurned an easy three points from a penalty and opted for a scrum. The defence infringed again, the referee issued another card to the defenders and awarded Cashel a penalty try to level the game at thirteen points apiece.
With Buccaneers down to thirteen men for a number of minutes it was an opportunity for Cashel to plough on and increase the lead. The penalties continued to stack up in Cashel’s favour and they threw everything at the Buccaneers defence, which held out until the 60th minute when Steven McMahon nudged Cashel ahead with a penalty.
The next twenty minutes were tough and tense, as both teams left everything they had on the pitch.
Cashel continued to dominate possession but could not get the elusive try that would have put two scores between the sides.
With time running out Buccaneers made a rare foray into the Cashel half. One minute into injury time they kicked a penalty to the Cashel twenty two. Cashel were penalised in the lineout. Buccaneers played the advantage, their outhalf kicking a long, high kick to the left-hand corner. The ball hopped high into the air just inside the Cashel tryline. Both wingers jumped for the ball, with the Buccaneers winger winning that battle to touch down for a miraculous winning try. The conversion was missed and the referee blew the final whistle.
This was a cruel blow to Cashel. The general feeling after the game was that the better team lost. Cashel totally dominated the second half. They recovered well from the first half deficit but failed to put away a number of good opportunities late in the first half and throughout the second half.
No doubt Cashel are disappointed to have lost but there is an excellent squad in place, and with seventeen games left there is still much to play for. A losing bonus point was the reward for their efforts.

They have a Tipperary derby to look forward at 8pm to this Friday night, when they entertain Nenagh Ormond at Spafield.